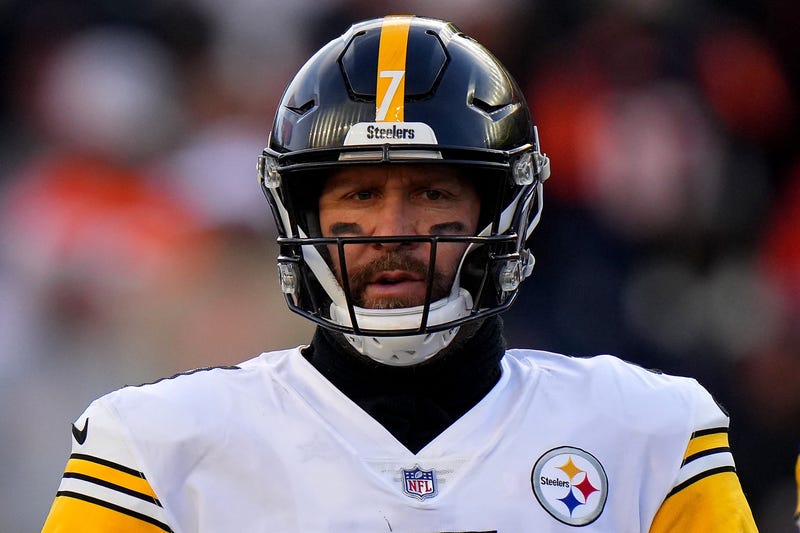 The warning signs of Ben Roethlisberger's demise as starting quarterback for the Pittsburgh Steelers were quite visible this past Sunday, as the 39-year-old veteran produced a season-low 65.4 passer rating in the team's blowout loss to the rival Cincinnati Bengals at Paul Brown Stadium.

And although Roethlisberger has explained that his desire to keep playing has served as a source of motivation during their bruised and battered campaign, former Steelers linebacker Ryan Shazier believes that the veteran's days as a starting quarterback in the NFL are undoubtedly numbered.

"Sometimes the game will tell you when it's time. And I love Ben, but I think next year may be time for him to step away from the game," Shazier told the Tiki and Tierney show on Wednesday. "Ben has been known for being one of those types of quarterbacks who is really tough to bring down, extend the plays, allow his team to make big plays because of how much of an athlete he was. He knew how to change the game. And I feel he's losing a lot of that...

"When you can't play the way you want to play, it gets tough. And sometimes, the game will allow you to leave on your own terms, or the game will tell you when it's time to leave. And I think it might be getting to that time for Ben to step away. And if Ben does step away, there's two huge players on the market that Pittsburgh's going to be pushing for -- one of them is named Aaron and the other is named Russell."

During his Wednesday press conference, Roethlisberger wasn't too interested in discussing the team's ugly loss, but he did tell reporters that the game was "bubblegum that's been spit out." The Steelers scored only 10 points against the Bengals' defense, and Roethlisberger completed just 24 of 41 passes for 263 yards with one touchdown and two interceptions.

Through 12 weeks, Roethlisberger's immobility, lack of throwing power, and injury concerns have negatively impacted the Steelers, hellbent on winning one last title with him. Of course, Roethlisberger shouldn't shoulder all of the blame for the team's 5-5-1 record. Their entire offense has underperformed, as the unit ranks 22nd in the NFL in average points (20.4), 22nd in total yards (325.5), 15th in passing yards (238.5), and 28th in rushing yards (87.1).

Pittsburgh, which sits in last place in a competitive AFC North race, will host the rival Baltimore Ravens (8-3) in a marquee Week 13 matchup on Sunday. According to FiveThirtyEight, the Steelers have just a 10-percent chance to reach the playoffs and a 2-percent chance to win the division.

The entire football conversation between Shazier and Tiki and Tierney can be accessed in the audio player above.