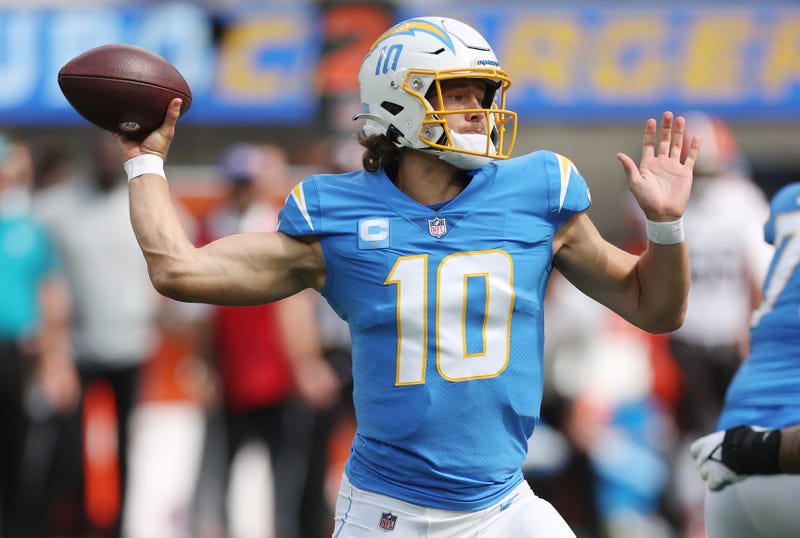 How many fans can pick Los Angeles Chargers quarterback Justin Herbert out of a lineup? We know this wouldn't come into question with players like Tom Brady, Aaron Rodgers, or Russell Wilson. And it's not just an age thing. For the younger star quarterbacks, like Patrick Mahomes or Lamar Jackson, this wouldn’t be the case either. Chargers fans know that Herbert will soon become a household name, because no quarterback in the league is playing better than him right now.

In a loaded AFC West, you'd think the Kansas City Chiefs would be atop the division. It's the Chiefs who have Andy Reid -- one of the winningest coaches in NFL history -- and MVP quarterback Patrick Mahomes. It's the Chiefs who have an embarrassment of riches, and big-game experience on their side. But, through five games, the young and motivated Chargers are leading the division, and with twice as many wins as Kansas City.

Entering Week 5, Arizona Cardinals quarterback Kyler Murray was considered the frontrunner for MVP. Herbert threw more touchdowns on Sunday than Murray has in the last three weeks. One of Herbert's other peers is Cincinnati Bengals quarterback Joe Burrow, who was the consensus franchise-altering player in the 2020 draft. Burrow hasn't taken the NFL by storm, but he's lived up to his No. 1 overall pick status. Herbert was a part of the same draft class, and the gap between the two continues to widen in Herbert's favor. Proof? Herbert has seven career games with three or more touchdowns without an interception, while Burrow only has one. Herbert has won four of his first five games this season, while Burrow has five career wins.

The Chargers have had two Hall of Fame quarterbacks -- Dan Fouts is already in, and Phillip Rivers will eventually follow. Herbert might be better than both. Five teams passed on Herbert in 2020, and the Chargers are thanking their lucky stars that they didn't. Los Angeles doesn't just have a franchise quarterback. They have a generational talent commanding the offense.