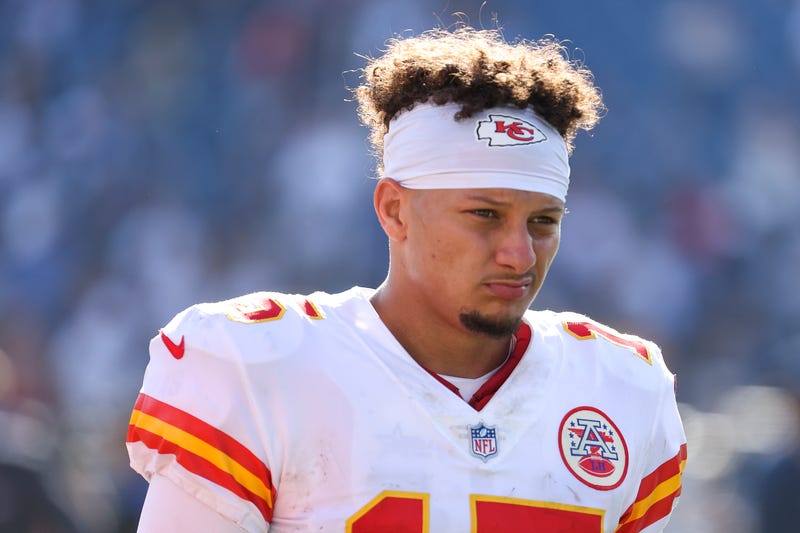 Kansas City Chiefs quarterback Patrick Mahomes has been a revelation since joining the NFL. Back in 2018 -- his first full season as a starter -- he became just the second quarterback in league history to throw for 50 touchdowns and 5,000 yards, and the second-youngest player to win the MVP award.

Mahomes wasn't just spectacular during the regular season -- his elite talent carried over into the playoffs. If former Chiefs pass-rusher Dee Ford hadn't jumped offside in the 2018 AFC title game against the New England Patriots, Mahomes would've made three straight Super Bowl appearances in his first three seasons as a starter. When the Chiefs defeated the San Francisco 49ers in Super Bowl 54, he became the youngest quarterback (24 years, 138 days) to be named the game's MVP. When he made the Super Bowl last year at the age of 25, he already had more Super Bowl appearances than Dan Marino, Aaron Rodgers, and Drew Brees combined.

So, how in the world are Mahomes and the Chiefs below .500 this season? Please don't drive home the narrative about the defense's inability to stop a nosebleed. He threw the ball 35 times in a blowout road loss to the Titans on Sunday, and Kansas City's offense scored just three points -- the fewest in a game during the Mahomes era. Compared to years past, Mahomes' overall efficiency this season is beyond alarming. In the Chiefs' last six games, he's lost four times, which matches the same number of games he had lost in his previous 31 contests. In his first full season as a starter, he had just one game in which his touchdown passes didn't eclipse his interceptions. This year, he has three, and all in a row. Last season, Mahomes had just one interception through seven games. This year, he has nine.

Over the past few years, Mahomes has been the league's golden boy, and deservingly so -- his talent and will to win was apparent from the get-go. In his first three seasons, he achieved unprecedented success on the field, with no controversy off the field. Anyone associated with Mahomes swears by his character and professionalism. Fans would be hard-pressed to find a negative comment written about him before this season.

This is the first time that fans are actually beginning to question his greatness and legacy. Just eight months ago, some pundits predicted that Mahomes will one day catch and eclipse Tom Brady as the NFL's greatest quarterback of all-time. Two months ago, "experts" considered Mahomes to be the league's best player. Not only has Mahomes underperformed so far, but he's not even in the MVP conversation. Cincinnati Bengals quarterback Joe Burrow, who started 10 games last season and won two as a rookie, already has two more wins than Mahomes in 2021. On Sunday, Titans running back Derrick Henry had more passing touchdowns than Mahomes. Yes, you read that correctly.

Following the ugly loss, Mahomes told reporters, "You get hit pretty hard, sometimes you just want to lay there... Plus it was fourth-down. ... It was a disappointing day and disappointing way it ended." The Chiefs might be the league's most disappointing team. Did Mahomes go from historically great to above-average at the age of 26? He's a great quarterback and will most likely be Hall of Fame worthy, but to be an all-time great, you can't dip this much and this quickly in your prime. It's time for Kansas City to stop being a "chief" disappointment. We'll see just how great Mahomes is over these next few months. If a 44-year-old in Brady can have the Tampa Bay Buccaneers at 6-1 and lead the league in passing touchdowns, passing yards, and passing completions, a 26-year-old in Mahomes can get the Chiefs to the playoffs.