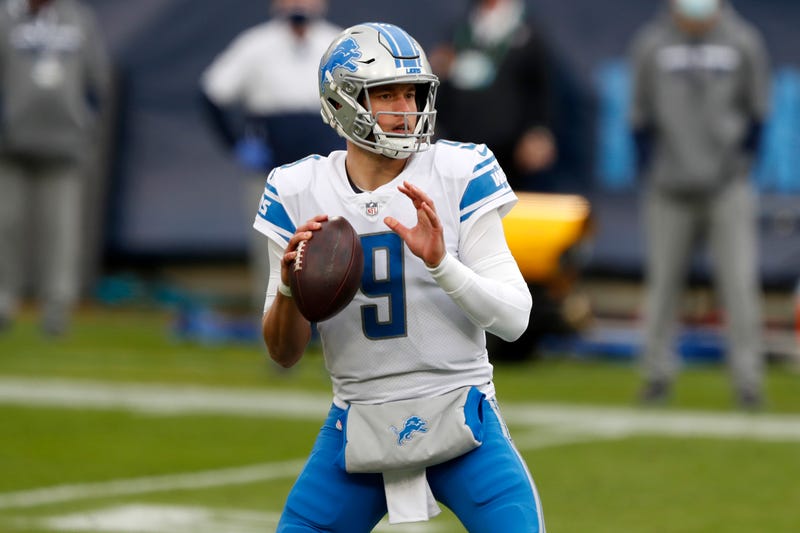 Matthew Stafford has seldom been viewed as one of the Top-10 quarterbacks in the NFL. Blame it on the Detroit Lions' mediocrity, as the franchise managed to reach the playoffs just three times in 12 seasons with Stafford under center.

But no one can dispute Stafford's status as one of the league's most durable, dependable quarterbacks. And that's what the Los Angeles Rams will be getting this upcoming season, according to former Lions running backs coach Kyle Caskey.

"He's probably the toughest guy I've ever been around when it comes to going out and playing through injuries and not saying a word about it," Caskey told After Hours with Amy Lawrence on Friday. "There were some times, like, you wouldn't know anything was wrong with him, but he had like eight things wrong with him. But he would still go out and perform at a high level. He's one of the smarter guys I've been around... He would also see things and bring things up during the week, saying, 'Hey, it's this one safety, it's this guy. When he's to the field and he's within 10 yards, you know right now he's bluffing.' And you're sitting there going, 'What made you even see that?'

"And obviously, his arm talent is top-notch. He makes no-look throws. He was the original no-look throw guy. Everybody can give Patrick Mahomes all the credit they want, and trust me, he does a great job. But he wasn't the original no-look throw guy -- that was Matthew Stafford. Just go look it up. This guy made some throws that were unbelievable. He'd thread the needle and he wouldn't even be looking in that direction. So, his arm talent, his intelligence, his toughness, I really pull for the guy. I really hope he has some success over in LA."

Stafford, who's entering his 13th season in the NFL, was part of a blockbuster winter deal that sent Rams quarterback Jared Goff and multiple draft picks to the Lions. Prior to the trade, Stafford and Detroit mutually agreed to part ways, and according to Spotrac.com, Los Angeles will inherit the two years and $43 million remaining on Stafford's contract.

The entire conversation between Caskey and Lawrence can be accessed in the audio player below.