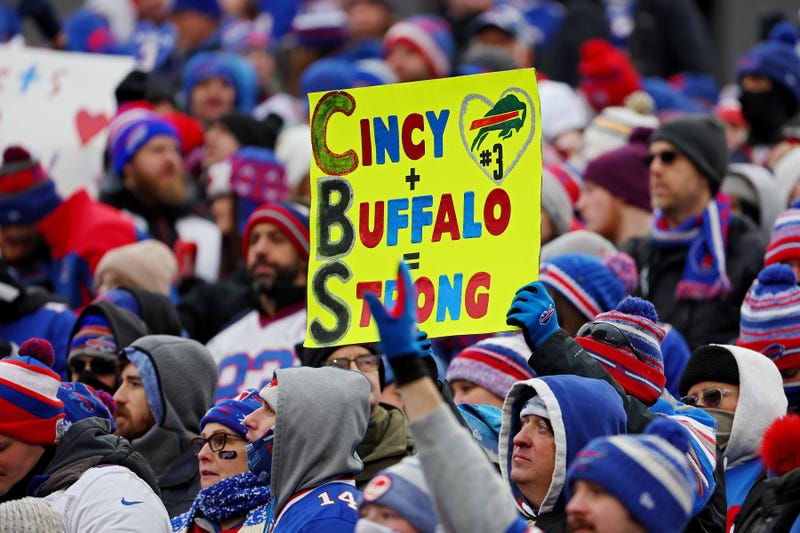 It's much easier to learn about what someone is made of when they have to fight through adverse circumstances, rather than when the things are going smoothly. This week's outpouring of love and support for Bills safety Damar Hamlin -- in response to his horrifying on-field cardiac arrest and recovery in the hospital -- has proven that, at its core, the NFL fans and players have an underlying soft spot, bred together by a love for football.

Hamlin's life story features many feelgood components -- from his upbringing in the small town of McKees Rocks, Pennsylvania, to his successful collegiate career at Pittsburgh. In his second NFL season with the Bills, Hamlin stepped in admirably for an injured Micah Hyde, captivating fans with a 12-tackle effort against the Jets in November. The nature of Hamlin's success was respected and appreciated on the field, where he was proving to be the next late-round draft pick finding a key role.

But very little of Hamlin's encouraging, underdog backstory came to light until he suffered the catastrophic injury against the Bengals -- which threatened to strip everything away in a single heartbeat. Once tragedy struck in Cincinnati, the memories flooded from several different directions, ranging from his past teammates and former neighbors.

Millions of dollars have been donated to "The Chasing M’s Foundation," and support for Hamlin's recovery has come from all 32 NFL teams. Bengals fans and Cincinnati residents have also expressed their support, gathering outside the UC Medical Center. Joe Danneman, who's spent more than a decade as a sports anchor and reporter in Cincinnati, has noticed commonalities between the two teams and fanbases involved.

"It's kind of who we are, rallying and supporting one another,” Danneman told CBS Sports Radio. "There's a lot of similarities between the two cities. They're both blue-collar places that have a strong sense of community and love their football teams." The togetherness stems from the relatable mentality between Buffalo and Cincinnati. They understand football as a means of entertainment, a sport which has given these ho-hum cities something to be excited about over the past few seasons.

In the moment, the sheer magnitude of Hamlin's injury had a shell-shocking effect across the nation. "I’ll never forget the immediacy and urgency in the situation," Danneman said. "There were medical personnel coming from all different angles. They were ripping out medical equipment. I've never seen anything like it."

It was the second time this season that a devastating injury occurred at Paul Brown Stadium, as Tua Tagovailoa's controversial concussion happened on a Thursday matchup between the Dolphins and Bengals. But, most importantly, the relevance of last Monday's affair in shaping the AFC playoff picture -- and determining the No. 1 seed -- took a backseat once disaster struck. 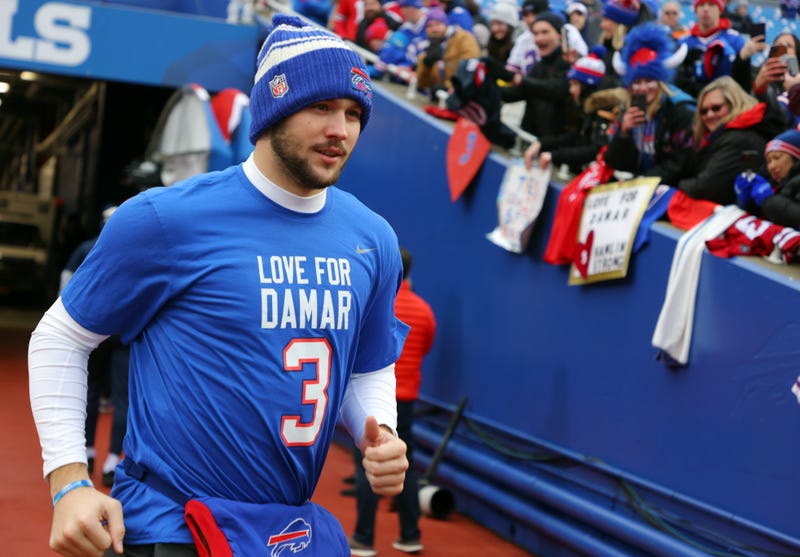 From the moment the NFL decided to postpone the game on Monday, to the time league officials canceled it, most of the discussion and emphasis among football fans centered around Hamlin's recovery. Not playoff implications.

Sal Capaccio serves as the Bills sideline reporter on WGR 550, and has built a relationship with Hamlin during his two seasons with the team. In reflecting on the horrifying event, Capaccio recalled the first time pulling Hamlin aside for an interview, and the humble nature of his personality.

"I don’t think he expected all that attention to be on him, even though he was starting because he's not a guy that seeks it out," Capaccio told CBS Sports Radio. From a severity standpoint, Capaccio compared Hamlin's situation to when Dane Jackson suffered a scary neck injury earlier in the season. And in speculating on what Hamlin's reaction to the support and embrace would be, Capaccio expected him to display a level of humbleness and surprise.

"He'll be saying, 'I'm not the guy who deserves all this,' but at the same time, he's going to accept all the love and support because he knows it's going to go toward so many great causes," Capaccio said.

The possibility of fatality on a football field has long haunted the league, ever since Chuck Hughes collapsed and died in a Lions-Bears contest back in 1971. Increased awareness surrounding head injuries has made the idea that much more daunting. Although Bengals receiver Tee Higgins' collision into Hamlin's chest didn't appear to be life-threatening in real time, it was a freak accident with a low probability of ever occurring again.

In reflecting on the past week, the most important takeaway should be that the world has a lot more good than bad in it. And although no one roots for adversity or disaster to strike, the one positive is that you discover and learn what people are made of. The NFL's humility speaks volumes about what the league is made of.

We strive to be a platform where varying opinions may be voiced and heard. The views, thoughts, and opinions expressed by the author(s) of this article and/or by those providing comments are theirs alone, and do not represent those of Audacy, Inc. We are not responsible for any damages or losses arising from this article and/or any comment(s).
Featured Image Photo Credit: Timothy T Ludwig / Stringer / Getty Images