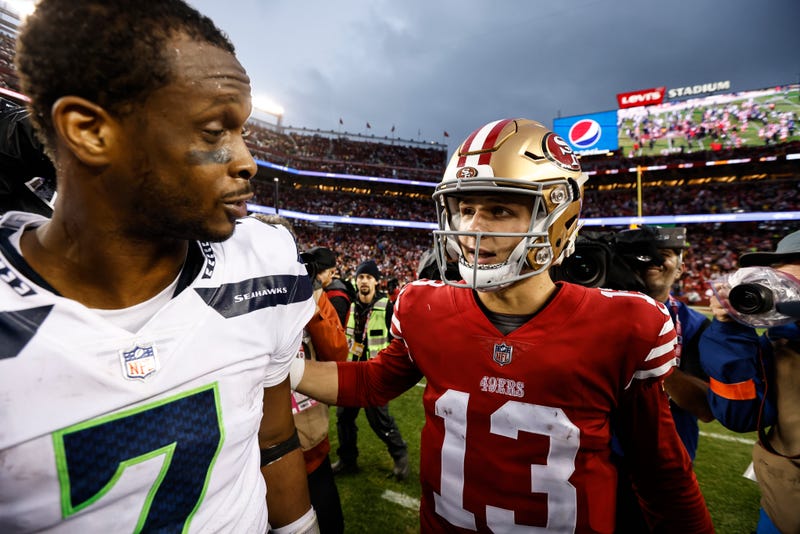 In a results-driven society, we're all eager and anxious to get things we want, right away. But the hard-to-accept-reality that patience and the nurturing of a person or situation sometimes yields a better outcome was on full display this past weekend. The high-scoring NFC wild-card contest between 49ers rookie Brock Purdy and Seahawks veteran Geno Smith -- which saw a combined 64 points scored -- illustrated the importance of finding diamonds in the rough.

Clearly, the 2022 "Mr. Irrelevant" in Purdy didn't need the same length of time as Smith to become serviceable in the league. Heck, over the past six games since veteran Jimmy Garoppolo broke his foot, the 23-year-old sensation has proven he's a solid NFL quarterback, worthy of the starting job next season.

Chances are, when NFL Draft evaluators were frustratingly grading Malik Willis, Kenny Pickett, and Matt Corral in a so-called down year for quarterbacks, they didn't give much, or any, thought to Purdy, who was a two-time first-teamer at Iowa State. Instead, eight other signal-callers were selected before Purdy last spring -- including Chris Oladokun, who was released by the Steelers prior to this season and currently belongs to the Chiefs' practice squad.

The Steelers must be kicking themselves for taking Oladokun as their second quarterback in last year's draft. The underwhelming class struggled in its first NFL season. Willis was lifted in favor of veteran Joshua Dobbs with the Titans, Bailey Zappe failed to wrestle the job away from Mac Jones with the Patriots, and Desmond Ridder had to wait for Marcus Mariota's woes with the Falcons.
And even those who have adverse reactions to extreme overreactions won't admit that Purdy has proven to be the cream of the crop without hesitation.

In evaluating the once laugh-worthy 49ers-Seahawks quarterback battle that gave off preseason vibes, one must throw the term "developmental project" in the parking lot dumpster behind Levi's Stadium. The only thing in the NFL that matters is fit. So, if a player doesn't succeed in a given situation, fingers can only be pointed at the cast of characters around him.

"[Carroll] has this useful optimism," Seahawks radio analyst Dave Wyman told CBS Sports Radio. "I've seen guys blossom in their second, third, and fourth years. But, to watch someone really come into their own in their 10th year in the league, that's a first." 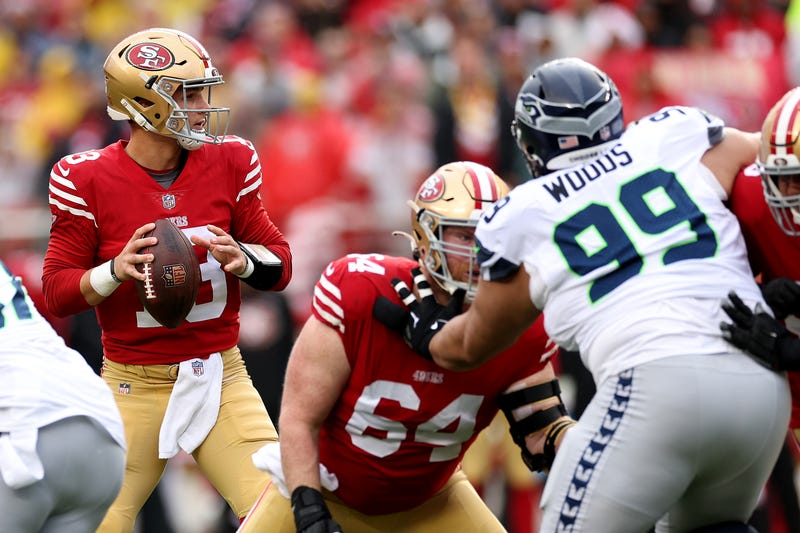 In dissecting this situation, Wyman contrasted Smith's environment in Seattle with his previous destinations -- New York and Los Angeles. The pressures of being a high draft pick, paired with early growing pains, led to his demise with the Jets in 2016. And he wasn't given a crack at winning the starting job again until this season.

After beating out Drew Lock for the starting role in training camp, Smith threw for 4,282 yards and 30 touchdowns, earning Pro Bowl honors in the process. A Seahawks campaign that was once viewed as a tank job by the franchise -- in hopes of earning a coveted draft pick -- culminated with overachievement and promise for the future.

"[Smith] has a linebacker mentality,” Wyman said. "[Russell] Wilson was very calm and Geno is very emotional, but he just never had the right situation to bring out the best in him." The constant in pieces between Purdy and Smith, and some of the other struggling quarterbacks in the league (here's looking at you, Zach Wilson) is staggering.

NFL owners' inability to point the finger at the guilty culprit is that much more confusing. Of course, blame for failure can be distributed among the general managers, coaches, and on-field cast of characters. But it's obviously about more than just their individual performances.

"Around the league, we're noticing that it's up to the coach to put the guy in the right position," Wyman explained. "The coaches don't necessarily dictate everything. Their job is still crucial in determining whether a guy succeeds."

With the NFL focused on immediate results, it's difficult to exercise patience and allow a player to grow for more than a year or two. But this year's playoff pool in the NFC, which is without Aaron Rodgers, shows the importance of fit. The most important lesson is this: Perhaps the shiny, six-figure Lamborghini is attractive in building one's trophy case, but the dusty-old Ford can do the job with the same effectiveness.

We strive to be a platform where varying opinions may be voiced and heard. The views, thoughts, and opinions expressed by the author(s) of this article and/or by those providing comments are theirs alone, and do not represent those of Audacy, Inc. We are not responsible for any damages or losses arising from this article and/or any comment(s).
Featured Image Photo Credit: Michael Owens / Contributor / Getty Images