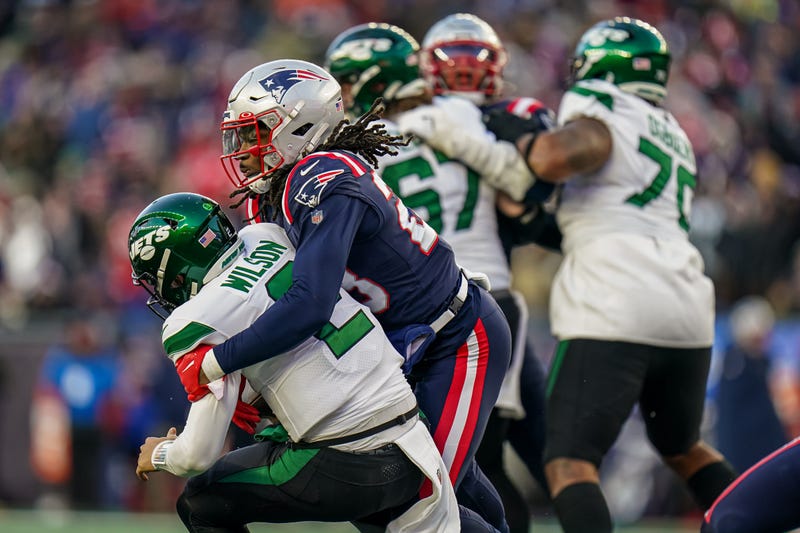 Many things in life, which appear too good to be true, often are. The Jets and Giants' uncharacteristically strong starts to the 2022 season -- which gave off the deception that both teams were much better than they actually are -- was dealt a brutally honest dose of reality, with rough losses on Sunday afternoon.

For the entirety of the baseball season, it's normal for Mets and Yankees fans to come at each other's throats. To a much lesser degree, animosity between Jets and Giants diehards exists. Given their lack of recent success, however, the rivalry has lacked juice. Since 2010, the Giants have made just two playoff appearances, and the franchise is on its fifth head coach since winning Super Bowl 46 in February 2012.

The Jets have endured a more brutal stretch, and failed to find any stability at the quarterback position during their 11-year playoff drought. Although they're a quality 6-4 through 10 games, an elite defense has largely masked problems with Zach Wilson -- the potential long-term signal caller. Sunday's devastating 10-3 road loss to the division rival Patriots was a cruel showing, and it offered little reason for encouragement.

As for the other team residing in the Meadowlands, Brian Daboll has provided a massive boost to the Giants in his first season as head coach. His voice and leadership have resulted in unexpected overachievement with a subpar roster. But, their debacle against the mediocre Lions on Sunday was a stark reminder that Big Blue is capable of laying an egg on any given day. Giants quarterback Daniel Jones needs more playmakers for a more fair evaluation. Truth be told, though, this team is a ways away from being a finished product.

There's still plenty of football left, as seven games remain on their schedules. But for two Big Apple teams that are in strong positions to reach the playoffs, their ceilings appear much closer to the floor than originally expected. For the Jets, it seems likely that Wilson will hold a promising young squad back, while the Giants lack the talent and personnel to become a top NFC contender.

The Jets' special teams meltdown, which led to a game-winning 84-yard punt return touchdown by Marcus Jones in the final seconds of regulation, hid the fact that Gang Green's offense was anemic. The unit mustered only two yards during the second half, and Wilson's shortcomings -- coupled with his lack of accountability off the field -- shouldn't exactly inspire belief that he's the true starting quarterback, going forward. 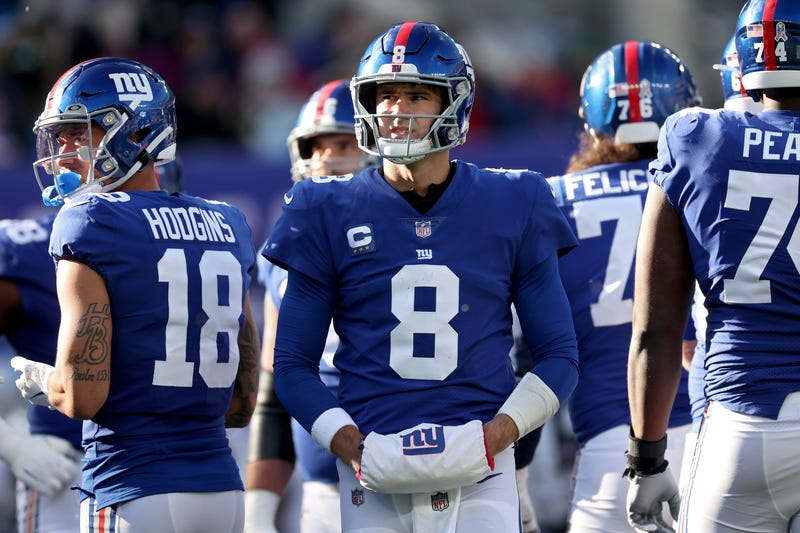 Make no mistake, the Jets have become more respectable than in years past, while other teams have leapfrogged them in the all-important embarrassment column. But they're still a far cry from reaching the elite status fans have long craved. Even in their own AFC East division, where they pulled off an inspiring home victory against the vaunted Bills in Week 9, the Dolphins reign supreme, and the Patriots have refused to give up bully status.

Meanwhile, in a tough NFC East, the Commanders have returned to relevance under Taylor Heinicke, with back-to-back wins and victories in five of their last six games. The Eagles still hold the NFL's best record at 9-1, and the Cowboys appear to be hitting their stride after a 40-3 beatdown of the Vikings. With five division games left on their schedule, the 7-3 Giants will need to dig deep and finish strong down the stretch if they want to avoid yet another winter without playoff football.

A full offseason will give the Jets and Giants opportunities to add more talent and muscle up. For now, though, it's about finding a way to build on the early positive momentum that gave fans something to hope for. Although Sunday's letdowns offered a glance into what the squads lack, realistically, it's just one game. They have their fates out in front of them. In a results-oriented league, fans and pundits have learned that neither the Jets nor Giants are as polished -- or as talented -- as locals might've believed.

While making the postseason is a baseline standard after 10 contests, reason for optimism needs to exist too. Stumbling backwards into the playoffs would do little to inspire encouragement, considering the Monday mornings they've spent recovering from self-inflicted hangovers of disappointment. While most of what's transpired for the Jets and Giants has exceeded expectations, truth is, both teams have a lot to prove before fans can confidently go into another brutal Northeast winter with warm feelings about them.

We strive to be a platform where varying opinions may be voiced and heard. The views, thoughts, and opinions expressed by the author(s) of this article and/or by those providing comments are theirs alone, and do not represent those of Audacy, Inc. We are not responsible for any damages or losses arising from this article and/or any comment(s).
Featured Image Photo Credit: Vincent Carchietta and Brian Fluharty / USA TODAY Sports