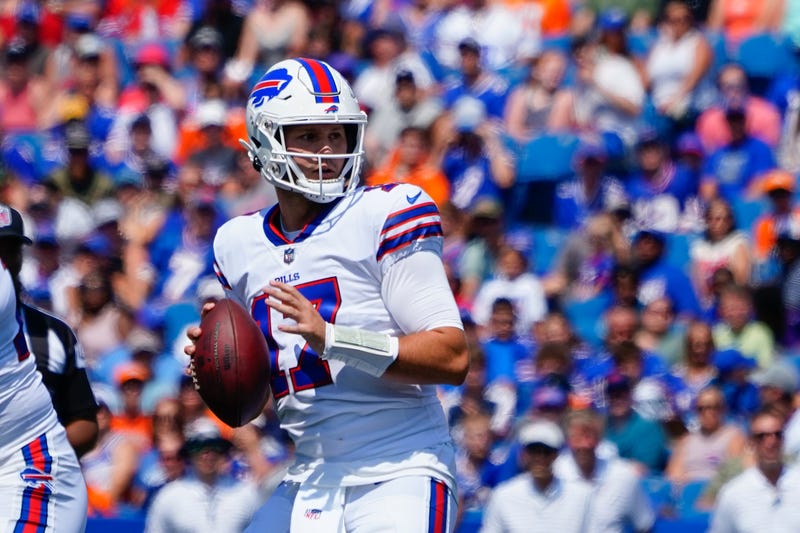 Being careful about what to wish for can be important when considering the devastation of repeated heartbreak. And, oftentimes, it hurts more than the glimmer of hope that reason for optimism exists. For the Buffalo Bills, which have pained themselves on decades of losing -- followed by a recent stretch of success behind savior quarterback Josh Allen -- sometimes the grass isn't always greener on the other side of the street.

Behind Allen's on-field leadership and ability, the Bills have hit puberty, going from schoolyard nerd to muscled-up bully in a loaded AFC. An organizational resurgence truly began in Year One under coach Sean McDermott, when the team reached the wild-card round with a stalwart defense and Tyrod Taylor in 2017. Allen has kicked the expectations into a higher gear, to the point where some fans have embraced a Super Bowl-or-bust mentality. So much so, that Buffalo's 13 consecutive losing campaigns between 2001 and 2014 -- which featured laughingstocks like Chan Gailey, Kelly Holcomb, and J.P. Losman -- now feel like they happened in another lifetime.

But, with each dominant regular-season performance and divisional crown, comes the possibility that Bills fans will endure the same type of devastation that occurred when they lost four consecutive Super Bowls during the 1990s. And that unavoidable great white shark, lurking in the water, is the Kansas City Chiefs, which have eliminated Buffalo in back-to-back seasons. Last year, the misery of Scott Norwood's wide-right miss in Super Bowl 25 was seemingly matched by the Bills' inability to hold a lead with 13 seconds left in regulation.

Being among the top teams in the league makes football in Western New York fun again. There's finally something to cheer about in a medium-sized market, where the NHL's Sabres are the only other major sports franchise. Then again, the chance of another disappointing January ending means that the doldrums of winter could be even more painful to endure. Nobody anticipates success while preparing for failure, but the thought of coming up short once again feels more nightmarish than being forced to watch the painful playoff replays.

Aside from Kansas City, the AFC certainly has its fair share of talent, with the reigning conference champion Cincinnati Bengals, Denver Broncos, and Los Angeles Chargers in the mix. As if navigating the AFC obstacle course wasn't challenging enough, the NFC has plenty of talent as well, with the previous two Super Bowl winners coming out of the conference. Winning a Lombardi Trophy is far from easy, and plenty of hiccups can happen along the road.

Despite having one of the NFL's top franchise quarterbacks, fantastic depth, and talent at every position, a lot can go wrong. Better put: it's possible that not everything goes right. A key injury, a poor game, or a couple bum breaks in crunchtime could lead to them coming up short again. And this is why the tantalization of going all-in on the Bills should be met with caution. Expecting rationality and sports fandom to intersect was never realistic, but it speaks to the reason for tempering expectations.

In a perfect world, the Bills will have a stellar 2022 campaign and capture the Super Bowl in romantic fashion. As much as people strive for perfection, it's never completely attainable. Furthermore, the more predictable narrative of Bills fans going all-in on this team -- and then feeling heartbreak again -- has more of a déjà vu feel to it. And on some level, the unwelcome ending makes the journey and story around getting there that much more entertaining.

Regardless of how the 2022 campaign ends, the Bills will be respectable. Not being the butt of all jokes used to be acceptable. But, the dilemma of giving a mouse a cookie and expecting them to ask for milk with it, is more applicable than ever. The Bills fans see gold diamonds in their eyes, and this time, it isn't because they're wearing rose-colored glasses. Their team is a legit player in the NFL, and hopes are justifiably high.

As the Sept. 9 showdown against the defending champion Los Angeles Rams creeps closer, suspense -- and additional excitement --- will start to creep in. And an initial litmus test will help gauge where both of teams are at. But, with each victory and raising of the standards comes the unwelcome thought that another inevitable disappointment is that much more likely.