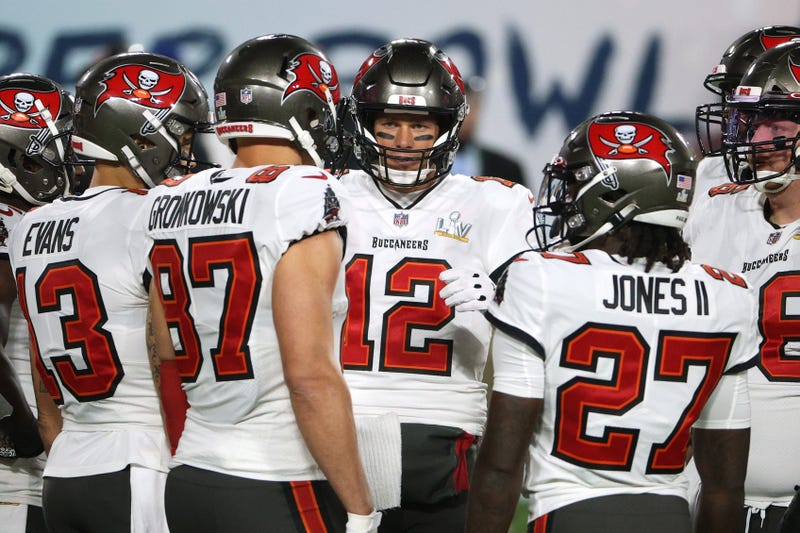 Back in 2007, the Tom Brady-led New England Patriots became the first team in NFL history to achieve an undefeated, 16-0 regular season. Of course, the end to their postseason was far from perfect -- just ask the New York Giants.

The 1972 Miami Dolphins remain the NFL's only unbeaten Super Bowl winner. But could Brady run the table once again in 2021, and help pull off the very first 17-0 campaign with the defending champion Tampa Bay Buccaneers? Wishful thinking, according to former NFL quarterback Joe Theismann.

"I think in this day and age, [it's ridiculous]," Theismann told The DA Show on Thursday. "First of all, you have COVID to deal with -- you don't know who's going to be available to you every week. Secondly, you have injuries to deal with. But the Buccaneers did something that was unprecedented in modern football. They won a Super Bowl, and in this money-grab society we live in, some guys would take off for a bigger payday. They would just move on.

In Brady's first season with the Buccaneers, the 44-year-old veteran led the franchise to an 11-5 record, and threw for 4,633 yards and 40 touchdowns -- the second-highest mark of his career. His production didn't slow during the playoffs, as he completed 21 of 29 passes for 201 yards and three scores in the team's blowout win over the Kansas City Chiefs in Super Bowl 55.

Tampa Bay will open its 2021 regular season at home on Thursday against the Dallas Cowboys (8:20 ET kickoff). According to the William Hill Sportsbook, the Buccaneers currently have the best odds to win the NFC South (-200) and the second-best odds (+650) to win Super Bowl 56 in Los Angeles.

The entire NFL conversation between Theismann and DA can be accessed in the audio player above.