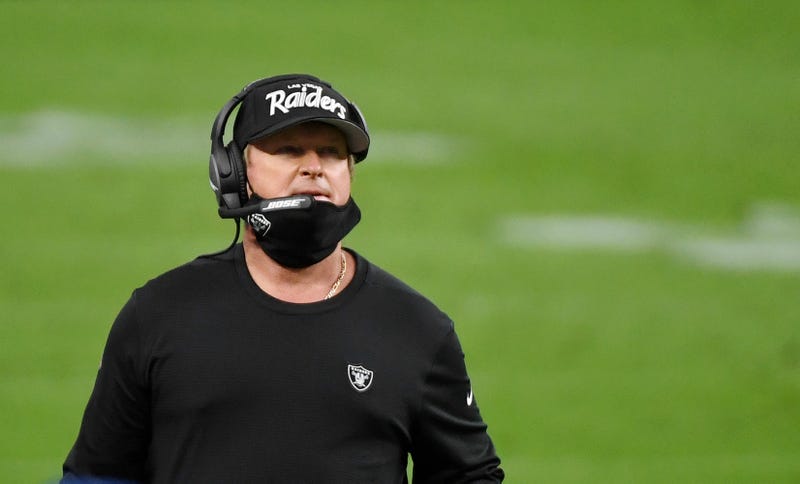 Back in 2018, when Jon Gruden signed an NFL-record 10-year, $100 million contract to become the Las Vegas Raiders' head coach, he told reporters during his re-introductory press conference that he wasn't bothered by the big bullseye on his chest, or the pressure of reviving one of the league's signature franchises. He even doubled down on his comments later in training camp, essentially offering the team a money-back guarantee.

But Gruden's confidence, charisma, and methods haven't translated into wins. And the Raiders must be wondering when they'll actually see a return on their hefty, long-term investment.

Under Gruden's watch, the Raiders have gone 19-29 across three seasons, with second-, third-, and fourth-place finishes in the AFC West division. They've underperformed on the field, overvalued draft prospects on the board, and arguably made little to no progress since Gruden assumed the role.

"I think every single person with the organization, to my understanding, expected more improvement sooner than they are seeing it," former Raiders executive and current CBS Sports NFL analyst Amy Trask told the Tiki and Tierney show on Friday. "I've not read [Gruden's] contract, so yes, it's been reported 10 years, $10 million [per year], and all of that. I don't know if there's any outs, if there's any write-offs, I don't know any of that. But certainly, no matter how you craft it, it is a very, very considerable commitment, both in terms of time and money. And I do believe that the organization and those in the organization expected things to move more quickly. I know the fans did. But I also know it's an extremely patient fanbase, an extremely generous fanbase.

"You know I love the Raider Nation fans. And I just hope the very, very best for them, and perhaps we will see that this year. The offense clicked last year. Tremendous, tremendous problems on defense. They have spent some energy looking to improve the defense. Why they did what they did with [current Bears linebacker] Khalil Mack a few years ago is beyond me, because, boy oh boy, could he be helping. But we'll see. If they can get the defense improved -- and they should be able to this year -- we should see improvement."

Since representing the AFC in Super Bowl 37, Las Vegas has reached the postseason just once, and finished with a losing record in 14 of 18 seasons. According to the William Hill Sportsbook, the Raiders' odds to win Super Bowl 56 are currently listed at 70-to-1, and their odds to win an AFC West title for the first time since 2002 are listed at 18-to-1.

The entire conversation between Trask and Tiki and Tierney can be accessed in the audio player above.