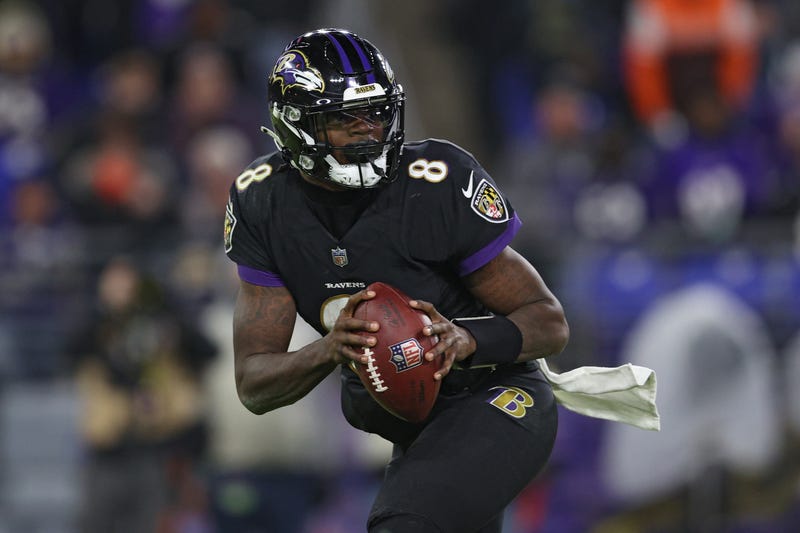 Baltimore Ravens star quarterback Lamar Jackson arrived on time for the start of mandatory minicamp earlier this week. And his return to the team's practice facility reportedly lifted his teammates' spirts, as he skipped all three weeks of voluntary workouts. But Jackson's attendance at minicamp isn't the attention-grabber. Although he's ready for the 2022 campaign, the fifth-year starter has yet to sign a lucrative extension with Baltimore, and it's raised speculation.

Jackson, who's slated to make $23 million on the final year of his rookie deal, hasn't felt the urge to negotiate a new contract with Baltimore. He also hasn't appreciated fans and pundits questioning his commitment to the team, as he tweeted in March that any rumors of him wanting to eventually part ways with the Ravens are false narratives. Nevertheless, Jackson's uncertain future has made former NFL lineman and current podcast host Ross Tucker anxious.

"Lamar hasn't engaged with the Ravens. I mean, the Ravens are trying to give him over $40 million a year and $100 million guaranteed. And he really has no interest," Tucker told the Reiter Than You show on Wednesday. "And I've talked to guys and they say he just doesn't care that much about money. It's not that important to him. And they've given me other examples of a shoe deal, where he could get a seven, eight-figure shoe deal, and he just doesn't do it.

"It's kind of bizarre. I've had teammates say to me that, they're worried about him. Worried about him in the sense that he's earned this money. He's earned life-altering, guaranteed money. And he doesn't want it... And what I've heard from multiple people is, he wants to win the Super Bowl first, and he wants to prove himself... I'm just very nervous for him. I really don't want him to suffer a catastrophic injury that could prevent him from what he's already earned..."

Despite his list of achievements at such a young age, Jackson's production level in 2021 was far from eye-popping. To his standards, the campaign was subpar -- he threw for 2,882 yards with 16 touchdowns and a career-high 13 picks. The 25-year-old also missed the last four weeks of the season due to an ankle injury, and failed to produce a third consecutive 1,000-yard rushing season (767 yards on 133 attempts).

His market value is currently listed at $220 million across five years, according to Spotrac, and with an average salary of $44.0 million, this type of deal would make him the league's fourth-highest paid player. And for comparison, Buffalo Bills elite quarterback Josh Allen signed a six-year, $258 million extension last year, and his AAV is nearly identical. Baltimore, which finished 8-9 last season and missed the playoffs, will start the 2022 season against the New York Jets.

The entire NFL conversation between Tucker and Reiter can be accessed in the audio player above.