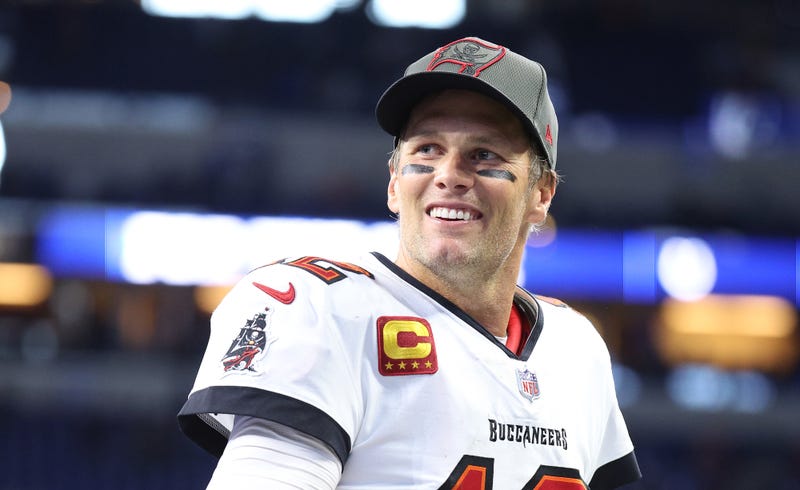 Whenever legendary quarterback Tom Brady officially retires from playing NFL games, he'll replace his old helmet and uniform for a new headset and blazer. According to multiple reports, the 44-year-old veteran will eventually transition to the broadcast booth, as he's agreed to join Fox as its top NFL analyst once his career ends. Brady tweeted that he's excited about the gig, but also noted that he still has "unfinished business" with the Tampa Bay Buccaneers.

Brady's first attempt at life in retirement lasted only 40 days. He announced in March that he'd changed his mind about hanging up the cleats, and will return to the Buccaneers for a 23rd season in the league. Fox CEO Lachlan Murdoch reportedly said that it's "entirely up" to Brady when he chooses to begin work as an analyst. And the expectation is that he'll team up with new lead play-by-play voice Kevin Burkhardt -- Joe Buck and Troy Aikman are now ESPN stars.

"A lot of mixed emotions. Look, I'm thrilled for him. He and I were teammates in 2005-06," former NFL lineman and current podcast host Ross Tucker told Reiter Than You on Tuesday. "And if that's what he wants to do, then I think it's great. And I think he'll be good at it, just because he's a total psycho when it comes to preparation. I say mixed emotions, because I didn't think that he'd do it. Thought he'd do business stuff. That's one less job for people like me!

"I don't need that. Go do something else -- go run your supplement company, or TB12. Don't be taking jobs that I need for my family. It's funny, there's like a small part of me that doesn't want him to be good... I'm glad he's doing it, just because I'm curious to see how well he does... So for him to be able to be on the biggest NFC game every week -- and to continue to grow his social media platform -- I just think he realized there's tremendous value in doing this."

Brady had walked away while at the top of his game. He's won a staggering seven Super Bowls, the most championships for a single player, along with five Super Bowl MVP awards. Last season, Brady led all NFL quarterbacks in touchdowns (43) and passing yards (5,316), and helped the Bucs reach the NFC divisional round. Among the league's all-time ranks, Brady ranks first in touchdowns (624), yards (84,250), and Super Bowl appearances (10).

The entire NFL conversation between Tucker and Reiter can be accessed in the audio player above.