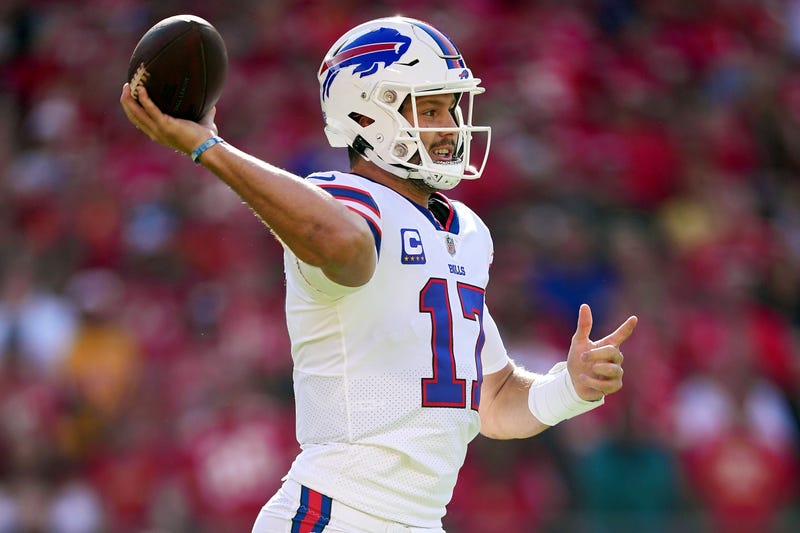 LeBron James has spent his entire career being compared to Michael Jordan. It's what we do as sports viewers, always trying to conjure up comparisons of greats in the game. Any player being compared to legendary NFL quarterback Tom Brady shouldn't come as a shock -- unless it's a former Brady opponent.

Stephen Tulloch spent more than a decade playing linebacker in the NFL and studying quarterbacks. And during a recent appearance on The DA Show, he likened Bills superstar signal-caller Josh Allen to Brady.

"To have a guy like Josh Allen, a once-in-a-century type player. He is versatile, can pass, run, do so much," Tulloch said on Wednesday. "I really believe he's the next coming of Tom Brady. The Brady of this era -- one of those guys that breaks records, he's a no-doubt-about-it Hall of Famer."

When someone says "once in a century" and the century includes Brady, this makes fans and analysts raise an eyebrow. And in order to reach Brady's level, Allen will need to start collecting Super Bowl titles. But he'll start with taking a primetime win over another superstar quarterback, Aaron Rodgers, on Sunday night in Orchard Park.

The entire NFL conversation between Tulloch and DA can be accessed in the audio player above.