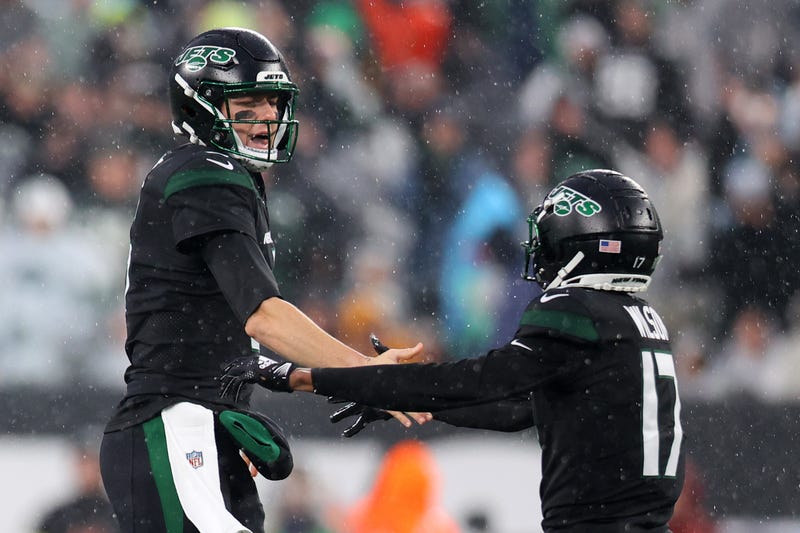 Mike White mania is sweeping the New York area. But will he soon turn into a pumpkin, Tony Romo, or somewhere in between? The 2022 Jets have built a dominant defense, and there's sneaky talented weapons all over the offense. We've watched top-five quarterbacks in drafts fail, time and time again. And it isn't improbable for non-first-rounders, late draft picks, and even an undrafted free agent (like Romo) to succeed at the position. The million-dollar question for the Jets is, where does White fall?

The team loves him. Offensively, White did things on Sunday that they haven't seen all season. It was, however, achieved against the Bears. Last year, White upset the Bengals before an injury against the Colts and laying an egg against the Bills. If White really is a hidden gem that needed time to develop, the Jets should rank right at the top with any AFC squad looking to topple the Chiefs.

If White shrinks, the locker room could become pretty combustible, as coach Robert Saleh and general manager Joe Douglas will see Zach Wilson back on the field. White's future -- particularly his immediate future -- is suddenly one of the league's must-watch storylines in this season's stretch run.

No. 1: The Dolphins managed Sunday's game against the Texans intelligently. But they're telling us we need to hold our breath when it comes to the health of Tua Tagovailoa. The game got closer than it should've, but Miami had to be on alert after Tagovailoa looked like he bent in half on a second-quarter sack. Their offense isn't the same without him. And it almost makes me think Miami has to take advantage of a winning window with Tagovailoa early in his career.

No. 2: Football's a game of inches, and it was never more evident than at the end of Falcons-Commanders. Daron Payne getting a hand up and deflecting a pass destined for a game-winning touchdown -- that instead became a pick -- has Washington in control of its own playoff destiny. It left Atlanta with a huge missed opportunity that would've given them first place in the NFC South.

No. 3: A.J. Brown played on Sunday night after blowing a blood vessel and losing seven pounds vomiting over the weekend? That's freaking incredible. Not sure I'll drop seven pounds again this year. Brown did this from violently vomiting, and then he played in an NFL game? I'd say the Eagles' offseason trade for Brown continues to feel more than worth it.

No. 4: Aaron Rodgers says he doesn't want to be shut down for the season until the Packers are mathematically eliminated. That's fair, but it's also worth mentioning they may be mathematically out in the next 10 days. Is it possible he still doesn't want Jordan Love to look like he belongs, possibly giving the Packers thoughts of trading No. 12? Seems far-fetched. But everything with Rodgers is a circus.

No. 5: The Bucs' two-game win streak appears to be a mirage. Coming off a bye, for them to go play the Jacoby Brissett-led Browns and give that kind of offensive effort -- and combine it with the defense once again blowing a lead -- is the last gasp of telling us that these Bucs are never going to be the great Bucs of 2020 again. 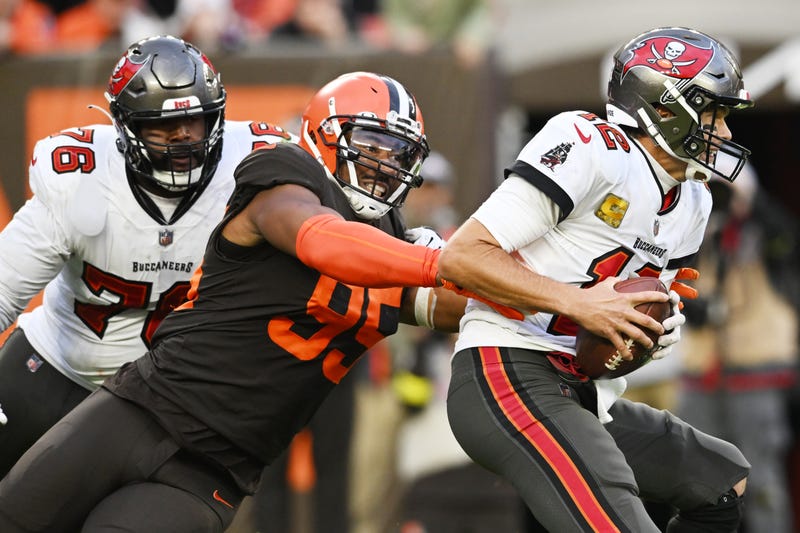 No. 6: The Seahawks have to be questioned as a legitimate contender. Just like the Bucs, they came off a bye after their Germany trip and also laid a dud. Sure, they forced overtime against the Raiders, and might've gotten screwed by the Josh Jacobs forward progress call. But how could this Seahawks team, defensively, let Vegas go up and down the field on them all day? It's the same Raiders team that lost to Jeff Saturday and the Colts two weeks ago.

No. 7: Forty million people watched Giants-Cowboys on Thanksgiving, it was another NFL record. The Lions also didn't lose by more than a touchdown for the 10th time in the past 11 Thanksgivings. Yes, read that line again: the Lions play competitive Turkey Day games. The Lions and Cowboys' tradition should live forever. Stop trying to fix what isn't broken.

No. 9: The Bengals are lurking again -- they've won three consecutive games without Ja'Marr Chase, and pounded the ball with or without Joe Mixon. Now, Chase is nearing a return and Cincinnati is peaking. This, of course, sets up a huge rematch with the Chiefs on Sunday. But, win or lose this weekend, don't count out the Bengals come January.

No. 10: The 49ers offense still isn't free-flowing, and it'll hurt more with Elijah Mitchell absent again with a knee injury. It was a ho-hum 13-0 victory over the hapless Saints. A win is a win in this league, but the complete game from both the offense and defense still fails to be there, as many try to point to San Fran as the favorite in the NFC. 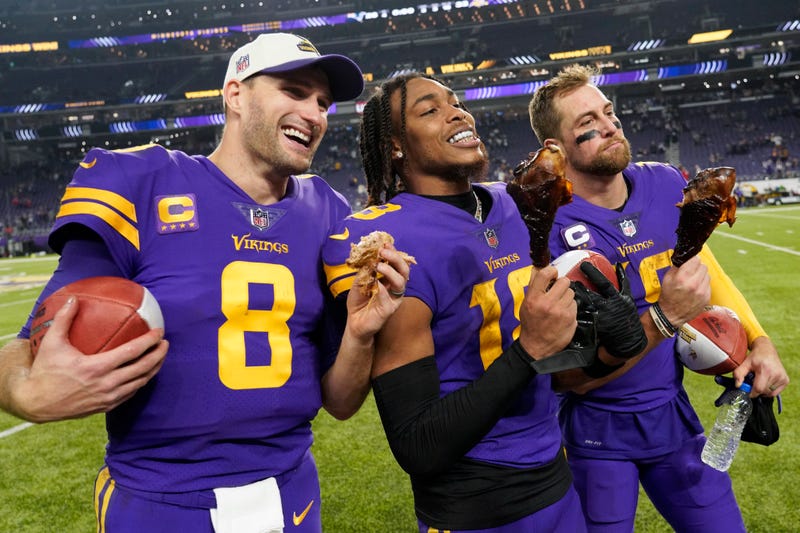 Titans at Eagles: The Eagles still haven't looked "perfect" since the loss to Washington. They narrowly escaped the Colts, and their defense was a sieve against the Packers last weekend. Now comes the A.J. Brown revenge game against Tennessee. Can the Eagles slow the Titans' run game down and keep the good times rolling?

Commanders at Giants: The Giants have lost three of their last four games while the Commanders have won five of their last six. So, this rivalry game will be a winner-controls-their-destiny battle. New York will get several key players back, which should make them look drastically different than they did against the Cowboys on Thanksgiving. The Commanders' run game and pass rush will ultimately be the key to the game.

Jets at Vikings: Mike White mania is in full swing in New York. Now the Jets travel to Minnesota, where Sauce Gardner guarding Justin Jefferson could be the tastiest wide receiver-cornerback bout of the year. There should be more urgency for New York here, and assuming White keeps on humming could be a mistake.

Chiefs at Bengals: A rematch the Chiefs must've circled on the calendar in August. Their championship dreams were stunningly ended by the Bengals in the AFC title game last January. Now they're favorites again, just as Cincinnati seems to be trending upward. If the Bengals win this home game, it'll start to feel like Kansas City has a kryptonite.

Dolphins at 49ers: It's a shame this game will barely go to anyone without the "NFL Sunday Ticket" TV package. The league's reluctance to flex out of a Sunday night Cowboys-Colts game is a disgrace -- this San Francisco-Miami matchup could be a Super Bowl 57 preview. A great defense facing arguably the best offense in the NFL? Get the popcorn ready. 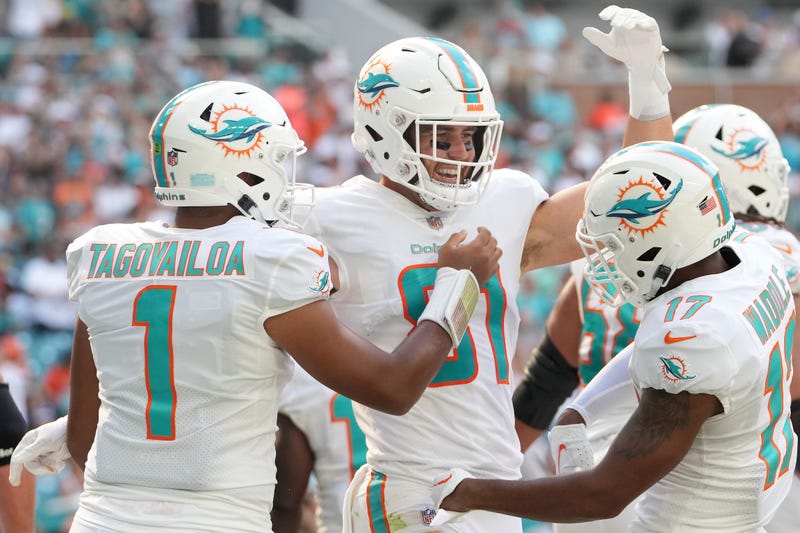 Falcons (+1.5) vs. Steelers: This line has moved back and forth with each team being favored. Najee Harris was banged up on Monday, and Pittsburgh was lucky they built a first-half lead to beat the Colts. Atlanta was one tipped ball away from beating the Commanders on Sunday, and they should win this game by at least a field goal. Control the ground game, limit the turnovers.

Browns (-7) at Texans: This line may move some by Sunday and we really have no idea what Deshaun Watson will be when he returns to the field. The issue is, we know exactly what Houston will be. The spunky and competitive Texans of September are now long gone. Myles Garrett can, and most likely will, wreck this game for the Texans. And even if Jacoby Brissett played over Watson, I'd probably still feel comfortable laying a touchdown.

Giants (+2.5) vs. Commanders: I looked long and hard for overwhelming support for the Giants in this game, on the betting side. I've seen many more Commanders picks, and it's enough for me to go all-in and bet on my favorite team. New York was injury-depleted the last two weeks, and they'll get seven starters back for this game. They'll still be without Adoree' Jackson, their top corner, but the return of top pass-rusher Azeez Ojulari should alleviate that. New York isn't as bad as the last two weeks, Washington isn't as good as the last three weeks. So give me the Giants at home to right the ship.

Peanut Butter Football Dip. It's time for a dip. Oh, you don't like it? You think it's lazy? Don't enjoy it, losers. This is a salty-sweet combo, and you'll serve it with pretzels. This combines butter, sugar, peanut butter, chocolate chips, and even frosting -- making the dip in the shape of a football. I found this recipe online and had my sister make it before giving it out. Boy, was it a hit. Here you go: https://www.crazyforcrust.com/peanut-butter-football-dip/

We strive to be a platform where varying opinions may be voiced and heard. The views, thoughts, and opinions expressed by the author(s) of this article and/or by those providing comments are theirs alone, and do not represent those of Audacy, Inc. We are not responsible for any damages or losses arising from this article and/or any comment(s).
Featured Image Photo Credit: Mike Stobe / Stringer / Getty Images