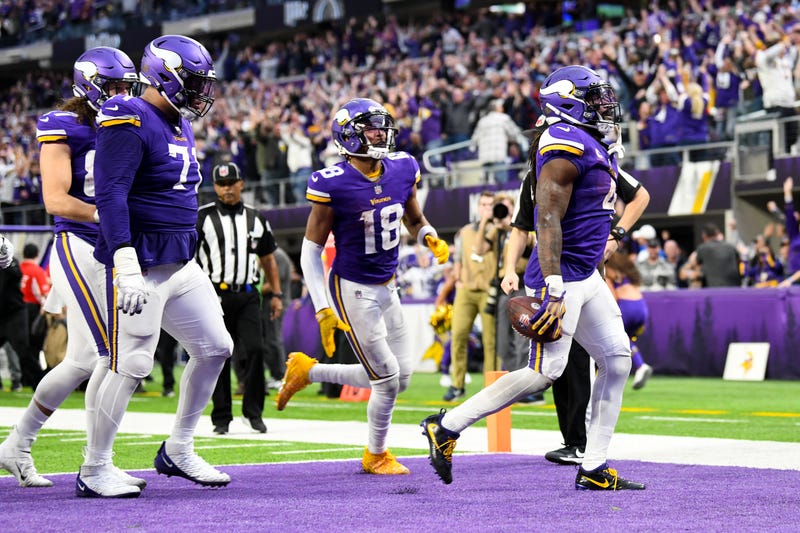 Well, that was the best NFL weekend I can remember watching. And in typical fashion, the NFL won as a league. Selecting three Saturday games out of five random ones led to perhaps two of the best games of the 2022 season. And one will truly be remembered for the largest comeback in NFL history. I can't determine which storyline about the Vikings' improbable comeback is best.

So, Colts veteran Matt Ryan is now the losing quarterback in both the biggest comeback in regular season history and Super Bowl history. Frank Reich is no longer the hero from the largest comeback ever. The team that fired him gave Kirk Cousins and Dalvin Cook that honor. In the end, Jeff Saturday, who many criticized when he was hired by Indianapolis, will have a hard time erasing this blemish on his resume.

The Vikes mounted this 33-point comeback against the Colts, and they were on the winning end of the Bills' implosion back in mid-November. But, there's a question as the playoffs inch closer: Is a massive comeback like this reason to believe in Minnesota, or reason to doubt them? On one hand, digging a 33- point hole to Indianapolis isn't a sign of a true contender. But, this squad now realizes no deficit is insurmountable. Their January path will be interesting.

No. 1: The media and Commanders fans cried when the officials didn't throw a flag for pass interference on the final passing play of Sunday night's game against the Giants. What was, for whatever reason, left undiscussed was the missed illegal use of hands to the face penalty that took Kavon Thibodeaux out and gave Taylor Heinicke the open lane to throw a pass. At worst, there should've been offsetting penalties.

No. 2: As wide open as the NFC seems to be, Sunday's overtime loss to the Jaguars was another example of why you can't quite trust the Cowboys. This is always the time of year when the overhyped and plenty-talented Cowboys cough up games. A nice appetizer was served to us, as a reminder.

No. 3: Prior to Sunday's matchup against the Bengals, Tom Brady had never lost a game in which he led by 17 points. Cincinnati's comeback was another sad day for Brady's potential farewell tour. And the real shame of this season is that the NFC South can't get out of its own way. Brady will still be rewarded with a playoff-berth sendoff.

No. 4: Jets fans and critics will jump on the easy, lazy narrative of crushing Zach Wilson. Truth is, the quarterback everyone knew needed development out of BYU did just enough to give his team the lead with four minutes left at home against Detroit. Elite defenses don't allow back-up tight ends to catch and run for 51 yards and ruin your season. The Jets' defense can have all the swagger in the world. But that performance was embarrassing, and it should be remembered if anyone hypes up the unit again soon.

No. 5: In recent seasons, I've quietly been a guy who believes every stadium should have a retractable roof, and that weather should no longer impact the games. But then I watched Saturday's game in Buffalo, as the Bills fans sang "Let it Snow '' in unison with AFC rivals playing in the same elements. I'm an idiot. Blizzard-like games are few and far between, and what we watched on Saturday makes the NFL special. Those games and conditions need to live. 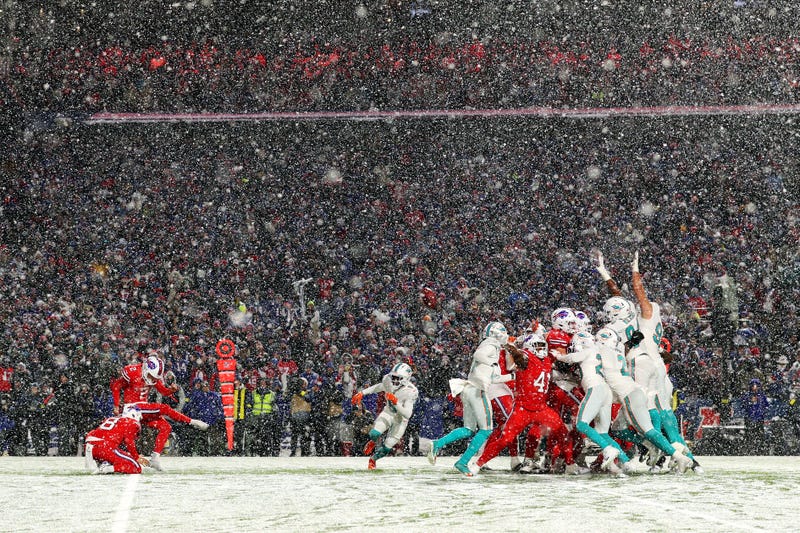 No. 6: Bill Belichick has such little control over these Patriots, that they're unaware of in-game situations to the point that they'd try a lateral-type play when overtime is assured. Oh have the mighty have fallen in New England. The wicked witch has long been dead now. It's a really sad sight that I hope the NFL seriously considers when making its primetime schedule for 2023.

No. 7: While the Eagles downplay Jalen Hurts' shoulder injury, it's also worth noting that this was a huge concern -- with how often he takes off and runs. Imagine an NFC playoff picture where the two best rosters in the conference -- Philadelphia and San Francisco -- are without their starting quarterbacks. Way too early to say that about the Eagles, but certainly worth monitoring.

No. 8: Are we sure the Seahawks shouldn't and won't select a quarterback in the draft? The magical season in the Pacific Northwest seems to be going out with a whimper. Geno Smith has been fine, but far from elite. Seattle could get a franchise-changer with Denver's pick, and Smith can no longer hinder them from making that decision, after what we've seen in recent weeks.

No. 9: The Falcons are doing the right thing by punting on a playoff game as Desmond Ridder receives reps as the new starting quarterback. He struggled mightily against the Saints last week, but long-term, taking the pressure-free bumps now will either help Atlanta down the road or help the franchise learn that he isn't the guy.

No. 10: The Rams' depressing reign as champions has officially reached its elimination point, with their 10th loss on Monday. And the biggest losers of the Rams season happen to be CBS' own Jim Nantz and Tony Romo, who're forced to spend Christmas calling a Broncos-Rams matchup that, in August, looked like it could be one of the games of the year. 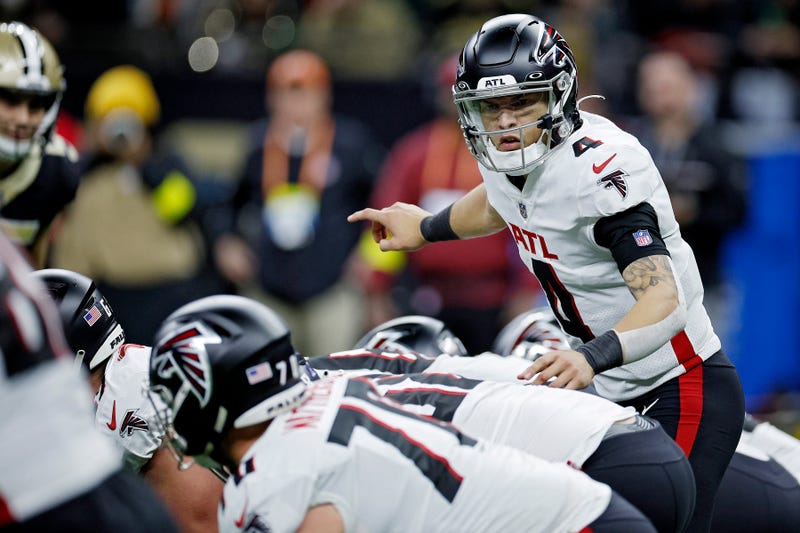 Packers at Dolphins: The lone Christmas Day game that still has an ounce of juice. The Dolphins have lost three straight games, and a stumble against the Packers could actually derail them all the way out of the playoffs. With a season finale against the Lions, the Packers can keep selling themselves on that magical run with a win in South Beach.

Bengals at Patriots: I'm not sure how the Patriots get off the mat following that crushing loss in Las Vegas. Their playoff hopes are on life support, as the red-hot Bengals head to Foxboro. So, we now live in a world where Cincinnati is licking its chops to play a Belichick-led team.

Giants at Vikings: The Vikings and Giants should be riding emotional highs, after two very different, but wild, victories last weekend. This game could turn out to be a wild-card weekend preview, too. A victory for the Giants, and they could potentially punch their playoff ticket.

Commanders at 49ers: The Brock Purdy-led 49ers have clinched the NFC West, but the quarterback still needs valuable reps ahead of the postseason. This'll be a great test against good defensive front and now a desperate wild- card contender in Washington. An upset win by the Commanders sure would help alleviate their crushing loss to the Giants.

Eagles at Cowboys: As I write this, it feels very unlikely Jalen Hurts plays in this game. But, no 2022 team understands how you can continue to win with your backup quarterback more than the Cowboys, which had their year saved by Cooper Rush. Imagine the public feeling around this Cowboys team if they lose to the Jags and then Gardner Minshew in back-to-back weeks? A classic holiday NFC East showdown should be worth the wait on Saturday. 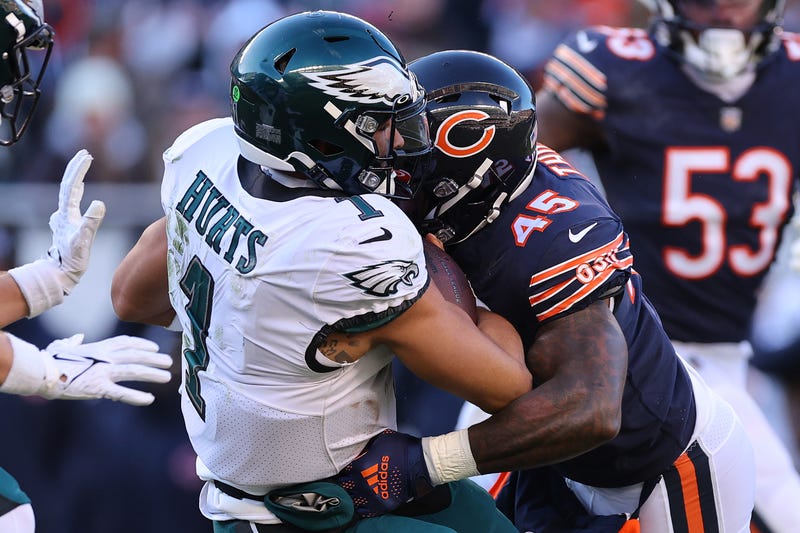 Texans (+5.5) at Titans: The Texans stink, but they still fight. The Chiefs went into sleepwalk mode last week, allowing the Texans to fight them into overtime. But that still has to give this Houston team some confidence. The Titans' free-fall has been alarming, to say the least. Right now, do you trust them to beat any team in the NFL by at leastsix6 points? I think Tennessee gets a win here, but by only a field goal.

Eagles (+4.5) at Cowboys: Jalen Hurts' injury dropped this line, but it feels like an overreaction. These teams will play a tight game, regardless of whether it's Minshew or Hurts taking snaps. Dallas is in its annual late-season reminder on why not to trust them. Assuming they beat up Philly, simply because Hurts may not be under center, feels like an enormous betting mistake.

Panthers (+2.5) vs. Lions: Oddsmakers are begging the public to bet the Lions here. They're red-hot, everyone assumes they'll win out. So, naturally, public money should come in on Detroit against the lowly Panthers. I won't take the bait. Carolina is up and down, and they can easily rise back up this week and make plays through the air. This is a sneaky upset alert game.

﻿Turkey Chili Taco Dip. The holidays are always filled with unhealthy foods. Pounds of fried fish, dips, and cookies out the wazoo. I'm going to give you something delicious, yet tactical to cut calories when you can. A basic taco dip features a layer of softened cream cheese, a layer of chili, and shredded taco cheese, baked together to warm gooeyness.

In this version, Hormel makes a canned turkey chili if you don't have time for an original ground turkey chili cooking recipe. Use Philadelphia fat-free cream cheese and reduced fat shredded cheddar. This'll give you the same delicious taco dip taste, with half the stress of added calories, to balance out the mega poundage you eat this weekend. Go ahead and crush it if you want, but thank me later when you realize how good this is -- with half the guilt. I made it for a Christmas party during Ravens-Browns and it was a smash hit.

We strive to be a platform where varying opinions may be voiced and heard. The views, thoughts, and opinions expressed by the author(s) of this article and/or by those providing comments are theirs alone, and do not represent those of Audacy, Inc. We are not responsible for any damages or losses arising from this article and/or any comment(s).
Featured Image Photo Credit: Stephen Maturen / Stringer / Getty Images