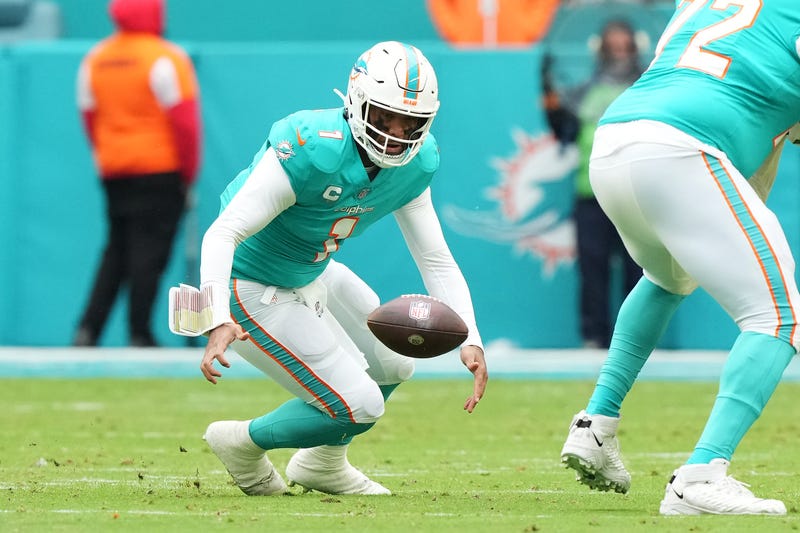 The Miami Dolphins have taken center stage for the most compelling storyline of the next two weeks, and frankly this offseason. Dropping from 8-3 to 8-7 is the definition of a collapse. However, the Dolphins' inability in-game to detect yet another concussion to their franchise quarterback is remarkably reckless. Miami lost on Christmas after Tua Tagovailoa threw three interceptions -- all of which likely came following his blow to the head. One may say it was easy to miss. But should they be, when it comes to Tagovailoa's history and all we've seen with head injuries this season?

Dolphins head coach Mike McDaniel said Tagovailoa needs to focus on today -- and every day -- once he wakes up before even thinking of playing football again. Miami's playoff hopes are now in the hands of Teddy Bridgewater, but even after this once-promising season ends, this'll become an of season that could involve surprising change. It's no secret ownership once flirted with the idea of having Tom Brady and Sean Payton. And if a bright, rookie head coach misses out on the playoffs while the quarterback has serious health concerns going forward, the avenue to make a big change will exist. It could happen.

No. 1: One would think that Zach Wilson has already started his last game for the New York Jets. He was mishandled by the organization, and he might still have a career in front of him. But it'd probably be somewhere else. New York failed Wilson by giving him the starting job immediately, as opposed to going the Patrick Mahomes route. Now, the Jets fanbase has lost trust, and it'll be difficult to earn back.

No. 2: The Minnesota Vikings remain undefeated in one-score games, thanks to their walk-off field goal against the New York Giants. Perhaps they saw that ending coming. And by the way: in the last five years, the Giants have lost on a walk-off field goal of 60-plus yards three times. No other team has had that happen against them more than once.

No. 3: The Philadelphia Eagles didn't skip a beat with Jalen Hurts sidelined. Their offensive weapons and system remain so effective, Gardner Minshew looked elite. But the Eagles' defense didn't look close to elite. They allowed the Cowboys to march up and down the field, with explosive plays all game long. Before focusing too much time on when Hurts may return, the Eagles' defense has secondary injuries piling up. Maybe they're running out of gas.

No. 4: The Broncos fired coach Nathaniel Hackett before finishing what may be the most disappointing season in franchise history. This was supposed to be a sure-fire playoff team. Instead, they're a laughing stock. At one point in time, the Hackett hire felt like a signal Aaron Rodgers could leave Green Bay are land in Denver. But it felt more like Adam Gase getting a job, because he was lucky enough to be in the same room as Peyton Manning.

No. 5: The Washington Commanders still hold a playoff spot and control of their destiny. Now they're turning back to Carson Wentz to take them there. Well, we saw how that worked out for the Colts last year. Now, I don't blame the Commanders. Taylor Heinicke was a nice story -- he's a capable backup. But his limitations and mistakes have really cost them in recent weeks. 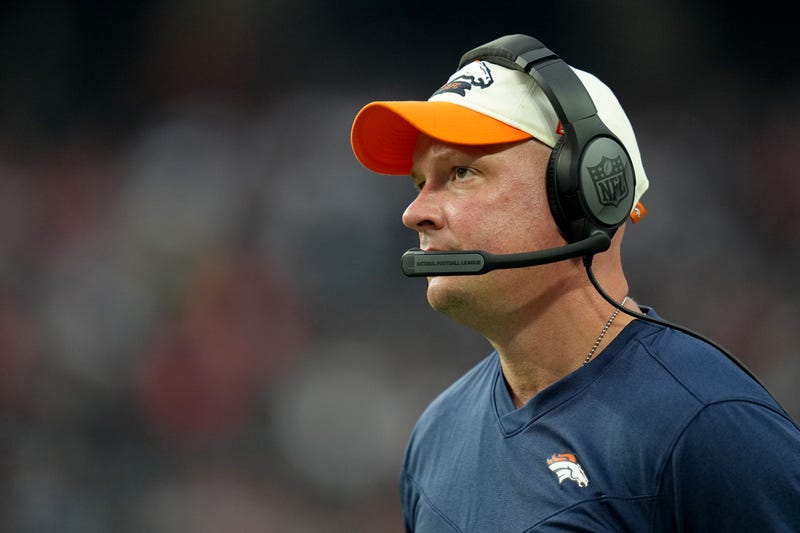 No. 6: Carolina Panthers players, particularly Derrick Brown, are calling on the franchise to retain Steve Wilks as their head coach. After firing Matt Rhule and trading superstar running back Christian McCaffrey, they still control their own destiny in the crummy NFC South. Plenty of other teams would've wilted and died. But not the Panthers. If they beat the Bucs this weekend, an extension for Wilks should be warranted.

No. 7: Kenny Pickett had his true rookie arrival moment on Saturday, in front of an emotional Pittsburgh crowd. In primetime, Pickett led the Steelers on a great comeback in frigid temperatures, with a game-sealing touchdown drive that fans will talk about all offseason. Go look back at what Eli Manning did in Week 17 of 2004 against the Cowboys. It serves as a reminder of what could come next for Pickett.

No. 8: Justin Herbert and the Chargers have made the playoffs, finally. I have to give Herbert credit. Midway through the year, he looked solid, but far from the elite status many elevated him to, in terms of quarterback class. However, he's been a clear difference-maker as to how the Bolts went from outside the AFC playoff picture to clinching with just two weeks remaining.

No. 9: The marriage between Derek Carr and Josh McDaniels is over. Carr is being deactivated, so he doesn't get injured and cost the Raiders money this offseason. He'll be a starter, somewhere in 2023. But the question becomes, does McDaniels try to get Tom Brady for a season? How about Daniel Jones? The Raiders are looking to reload, not rebuild.

No. 10: To the surprise of nobody, the NFL trounced the NBA's Christmas Day ratings. Despite one good matchup (Packers-Dolphins) and a pair of dog food matchups, the NFL treated the NBA like some ant on the bottom of a flip-flop. This won't be the last of multiple football games on Christmas. I'd now expect a Monday afternoon-night doubleheader next year. 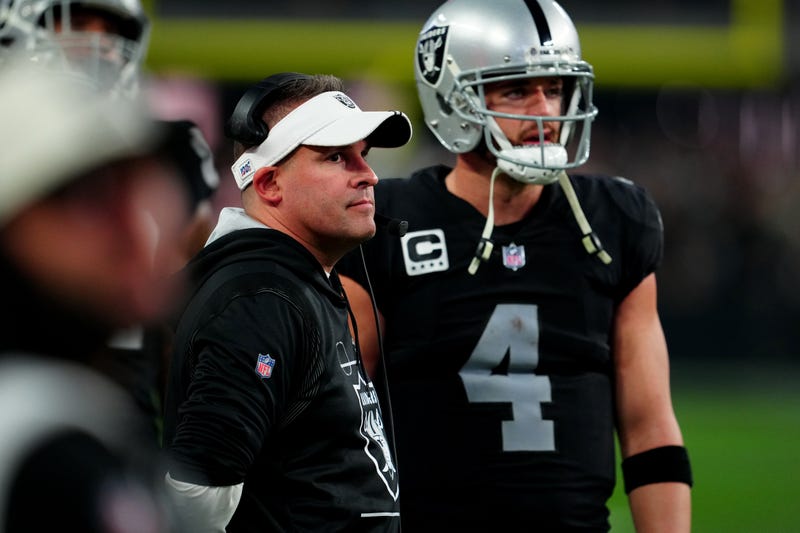 Panthers at Bucs: The Bucs are looking to win the NFC South -- a division nobody seems to want to win. If the Panthers win with Sam bleeping Darnold, they'll see a win-and in Week 18 situation. I mean, could Tom Brady really lose control of a division title to a team that fired its head coach and traded its best player this season?

Dolphins at Patriots: The Teddy Bridgewater show is back in South Beach, as Miami tries to end the most untimely four-game losing skid a franchise can have. They'd be doing us all a favor, in trying to end the Patriots' playoff goals. We all watched Bill Belichick and Mac Jones lead New England to the playoffs a year ago, and it was a complete waste of three hours.

Jets at Seahawks: Everything the Jets needed to happen after their pitiful Thursday night performance happened. If they win out and the Pats lose one of their last two games, they'll reach the playoffs. In the Jets' way is a Seattle team that's crumbling and can finally be eliminated with a loss. The Seahawks' quarterback is Geno Smith, and he'd love nothing more than to play spoiler to a franchise that he may feel wronged him to start his career.

Vikings at Packers: The paths these teams have taken since their Week 1 showdown has been incredible. The Vikings have been perfect in one-score games, and if they want the No. 2 seed, they need to win out. And the 49ers could surpass them, meaning a potential divisional-round battle would occur in the Bay Area, as opposed to Minneapolis. The Packers and Aaron Rodgers are looking to make one of the strangest and most improbable playoff runs.

Bills at Bengals: Joe Buck and Troy Aikman have been waiting all season for a matchup like this. The Bills have to be rubbing their hands together, waiting for the opportunity to get revenge on a Bengals team that's owned them and the Chiefs recently. The loser of this game will be playing wild-card weekend, and the winner will enter Week 18 looking to lock up home-field advantage. 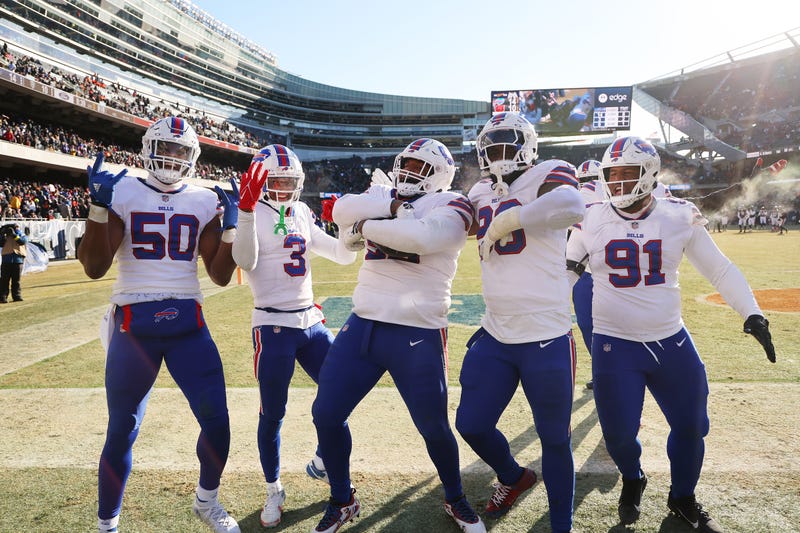 Panthers (+3) at Bucs: Tampa is closer to the "Yucks" of yesteryear than the Super Bowl champs of two years ago. I know all of us are having a hard time imagining anyone besides Tom Brady winning the NFC South, but this team really struggled to beat a Trace McSorley-Cardinals team on Christmas. Carolina will play inspired football. Can I guarantee the Bucs will? One more embarrassment awaits Tampa and Brady. And they have no business being more than a 1-point favorite in this game, if that.

Eagles (-6) vs. Saints: Philadelphia's offense showed it can still hum along with Gardner Minshew. Lane Johnson will be severely hampered by his injury, but, ultimately, the Eagles should make plays through the air on New Orleans' defense. I can't see the Saints doing what the Cowboys did and scoring more than 20 points. The Eagles will find a path to 27 points and cover.

Giants (-5.5) vs. Colts: The Giants have played muddy and close football all season long. And they have a chance to clinch a playoff spot after a five-year drought. With this game at home, and with strong efforts against Washington and Minnesota in recent weeks, the Giants should play inspired football here. It feels like the Colts are attempting to tank for a higher draft pick, even if the players aren't in on the plan. So, for the first time in a long time, the Giants will win comfortably and punch their ticket to the playoffs.

Chick-fil-A Crunch Wrap: Thanks to listener Vinny, who DM'd me this idea on Instagram. We made jokes on air of simply putting some Wendy's order as a Football Food of the Week. Although this has some of that, it has legitimacy. The first thing you should know is that Chick-fil-A is closed on Sundays. If you plan on doing this for the NFL matchups, you'll need to get the ingredients on Saturday. If not, it may work great for the College Football Playoff on Saturday.

So you'll need a crispy chicken patty taken from a Chick-fil-A sandwich, waffle fries, a small mac and cheese, and two dips of your choice. Get a large burrito wrap from a store (they come in packages). Place the mac and cheese on the wrap, top it with the chicken, add four waffle fries, and then drizzle those two dips on top. Fold over the burrito in the shape of a real crunch wrap -- not the one Jack Stern makes. Fry in a pan for 2-3 minutes on each side to crisp up the outside. Bite into Heaven when done.

We strive to be a platform where varying opinions may be voiced and heard. The views, thoughts, and opinions expressed by the author(s) of this article and/or by those providing comments are theirs alone, and do not represent those of Audacy, Inc. We are not responsible for any damages or losses arising from this article and/or any comment(s).
Featured Image Photo Credit: Eric Espada / Stringer / Getty Images