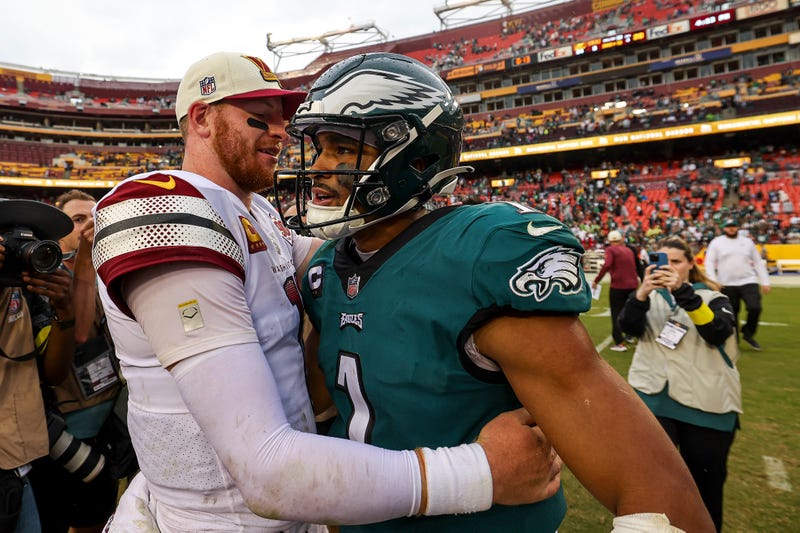 It's fair to ask whether these Cowboys could be better off with Cooper Rush as their starting quarterback. Before you click off this column and call me an idiot, just remember their previous two franchise QB's came out of nowhere. Tony Romo was undrafted, and Dak Prescott came off the board on Day 3.

Rush beat the Vikings last season and defense was credited with the victory. But, he beat the defending AFC champion Bengals in Week 2, and the Giants this past Monday night. This isn't a knock on their defense. They do deserve credit -- in fact, most of it -- for Dallas' wins. But this doesn't mean Rush had nothing to do with them. Prescott lost in Week 1 and scored just three points with the same defense helping him. Rush may be a find here for Dallas again.

No. 1: Patrick Mahomes yelling at Eric Bieniemy spoke volumes. For all the naysayers who screamed and yelled about Bieniemy not becoming a head coach in the league, have they apologized after even LeSean McCoy called out Bienemy? He appears to be more of a problem to football's best signal-caller than a source of help.

No. 2: The Chargers' season feels a lot like the Ravens' just one season ago. Justin Herbert hurt, Rashawn Slater done for the year, Joey Bosa with a groin injury. The dam could be breaking for a franchise that was 1-0 with legitimate Super Bowl dreams just two weeks ago.

No. 3: Hey, can Dan Orlovsky calm down with the joking of Jimmy Garoppolo taking a safety by stepping on the back line of the end zone? Garoppolo has made a Super Bowl and another NFC championship. Orlovsky fancies himself as a quarterback expert, when he was perhaps one of the most incompetent players at that position, ever.

No. 4: Tom Brady looks old. And I hate typing this, because when I've said this in the past, it's come back to bite me in the rump. But without receivers Mike Evans and Chris Godwin, and even a semblance of the interior offensive line that anchored their Super Bowl run, Brady looks more like me after a bad burrito bowl. Fetal position and scared.

No. 5: Jameis Winston looks toast, playing with a broken back. And I never understood the Saints' preseason love -- I understand it even less now. You shouldn't have assumed health with Winston. And even if you did, what has he proven? Sean Payton is no longer on the sidelines to save these Saints. 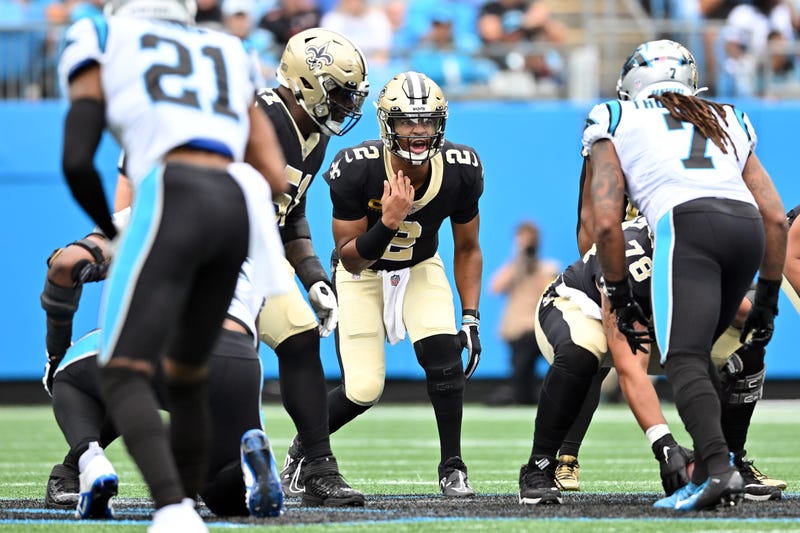 No. 6: The real Cardinals stood back up in their home loss to the rival Rams. Kyler Murray deserved credit for leading that Week 2 charge. But building on that momentum was critical against a Rams team that had looked flimsy after two weeks. Instead, Arizona looked like they didn't even play the same sport last Sunday inside State Farm Stadium.

No. 7: The Bengals did what great teams do under hard times: impose their will on the inferior opponents. They schemed up a way to avoid Joe Burrow being hit and running for his life, and as a result, the season is back on. Jets fans might not like to hear this, but they were never winning on Sunday with the desperate Bengals facing Joe Flacco.

No. 8: Bills offensive coordinator Ken Dorsey used last week's thrilling game in Miami having a "playoff atmosphere" as part of the reason for his viral press box meltdown. I loved the meltdown, and I love seeing players and coaches caring as much as passionate fans. But he's been on the sidelines for playoff games in recent seasons. So if that Week 3 game had a playoff atmosphere, perhaps Miami is more back as an NFL team and town than we believe.

No. 9: The Eagles will probably be favored in every game for the remainder of this season. They're a deserving top seed in the NFC thus far, and with a very favorable schedule, quarterback Jalen Hurts -- not Tom Brady, Aaron Rodgers, or Matthew Stafford -- could be playing every home game in January.

No. 10: The Patriots are perfectly sad to watch now, even while dealing with Mac Jones' high ankle sprain. Brian Hoyer now, again, for New England? How refreshing is this? This Sunday should be the last time CBS play-by-play voice Jim Nantz sniffs calling a Patriots game for a long time. 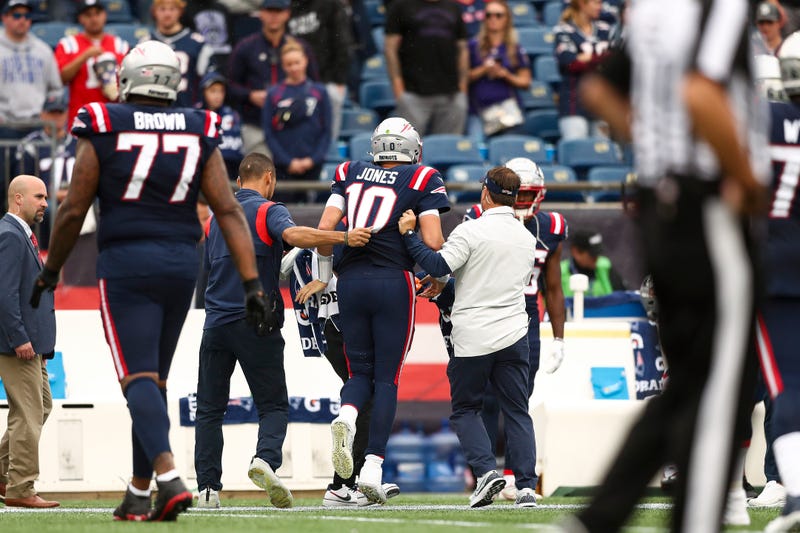 Bears at Giants: Fox Sports is sending their B-squad to MetLife Stadium on Sunday for two teams that, a few weeks ago, many had pegged to pick in the top-five of next year's draft. One or both could still get there. But the reality is, the winner of this matchup will be a remarkable 3-1, in a conference that's just begging teams to try and make the playoffs.

Vikings at Saints: Don't look now, but London is getting a decent matchup of American football teams. Minnesota's comeback last week keeps them as an enticing unit, while New Orleans is in a 'gotta have it' situation, after losing two straight. Does a 9:30 a.m. ET kickoff time count as primetime? If it does, Kirk Cousins could be in trouble.

Jaguars at Eagles: A week ago, it was Carson Wentz trying to have revenge on the Eagles, and he failed miserably. This week, Doug Pederson will take his stab, but his Jags team has juice, and a young quarterback in Trevor Lawrence coming into his own. How good are the Eagles? Another blowout, and we can really start thinking about the big picture.

Chiefs at Bucs: At the time of me writing this, it's still unknown where this game will be played, due to Hurricane Ian. Brady against Mahomes has been a fun "New vs. Old" matchup for the last five years, and it's included a Super Bowl. A rare occasion where we might actually wait all day for Sunday night. So sing it, Carrie.

Bills at Ravens: As awesome as the Bills were through two weeks, the road loss to the Dolphins now puts 2-2 as a realistic start to their season. And their defensive injuries have mounted, and slowing Lamar Jackson will be no easy task. On the flip side, the Ravens' biggest issue in beating elite teams will be the pass rush. If Josh Allen has all the time in the world inside the pocket, it could be a long day for Baltimore fans. 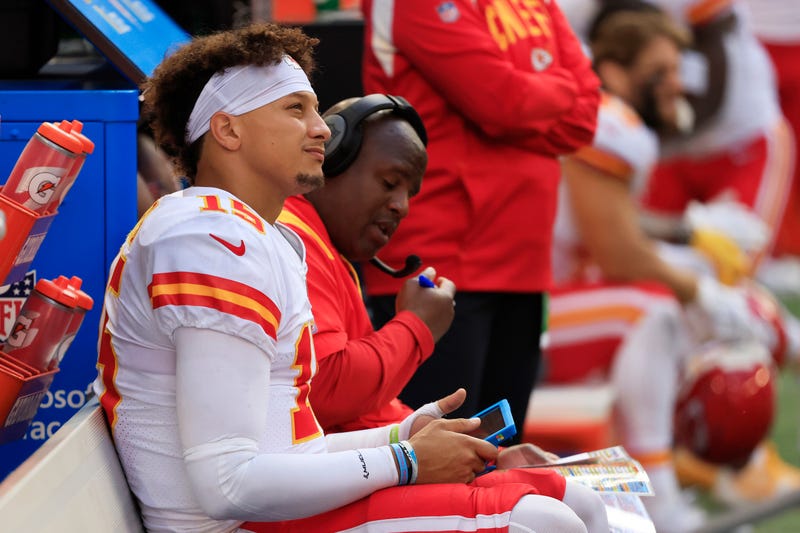 My Picks
﻿A step-back 1-2 week (thanks, Texans and Chiefs) takes me to 3-6 overall in a rough start to the season. For this week, I'm taking three underdogs. So, let's call it a... Three Dog Night.

Jets (+3.5) at Steelers: Nothing says smart money like betting these Jets after starting the season 3-6 ATS picking games. Yet, here I am. New York is 3-13 in their last 16 road games ATS. That being said, I like the Jets this week with Zach Wilson giving a jolt to the offense in his return. They do have some playmakers, and the Steelers without T.J. Watt aren't the same defensive unit. I don't see Pittsburgh's offense going north of 17 points in this game, too.

Jaguars (+6.5) at Eagles: The Eagles are America's darlings at 3-0, and deservedly so. But, this is a large number, and the Jaguars' confidence is skyrocketing. Many of the faces have changed in South Philadelphia, but Doug Pederson still knows plenty of the personnel on the other side. And Trevor Lawrence is actually the best QB the Eagles have seen so far. Philly may win at home, but this'll be a field goal or four-point game, either way.

Cardinals (+1.5) at Panthers: Kyler Murray's weapons on offense are few and far between, capped off with A.J. Green's injury. Now they go to Carolina where the Panthers finally earned a victory over the Saints. Ben McAdoo and Baker Mayfield's offense still looks stale, and I just don't think they can score more than 21 points against Arizona's defense. Murray's scrambling ability will be an issue against Carolina, as Daniel Jones' ability was back in Week 2. But the Cardinals probably win this game outright.

Prosciutto, Bacon Ranch Flatbread. This submission comes from the Bourbon Bell, located in Upstate New York. Flatbreads, when crisped right, are all the rage. For this, purchase the flatbread of your choice. Coat it with Hidden Valley ranch dressing -- not Kraft -- chop prosciutto and bacon, and then sprinkle it just delicately over the flatbread. Sprinkle some shredded or fresh mozzarella, and bake until the flatbread is crispy, but not burned. That blend of double pig between cured meat and bacon, with the gooey cheese and a crisp base, will have your mouth watering.