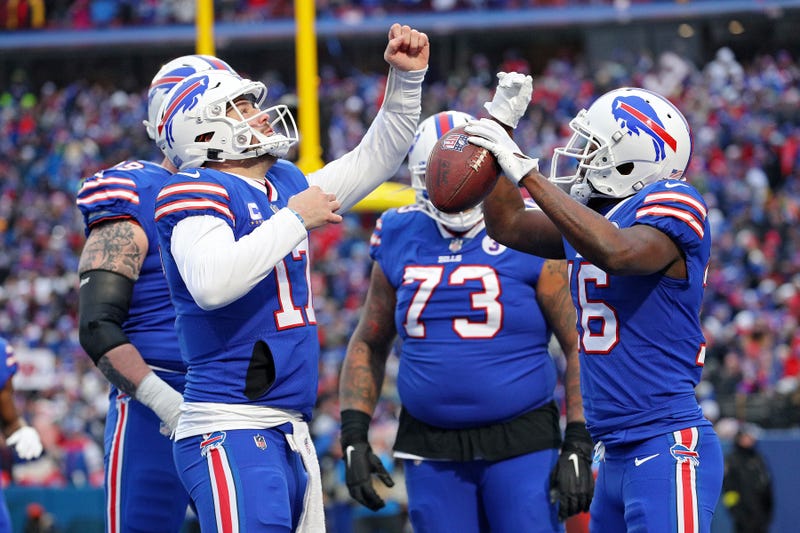 Aaron Rodgers was a great quarterback. And, at times, he was a joy to watch. But, when the book is closed -- and boy, it's closing fast -- Rodgers shouldn't be considered one of the 10 greatest quarterbacks in league history. In recent memory, Rodgers has lost five elimination games at Lambeau Field, and made a once hallowed ground look like a frozen carnival with fun for everyone. He's also pointed fingers at young Packers teammates, while taking essentially no ownership for his mistakes. Rodgers should've thrown one more interception than he did last Sunday, but he was bailed out on a defensive penalty.

Peyton Manning had his share of big losses in his career -- Dan Marino never hoisted a Lombardi Trophy. I understand that winning isn't the defining stat for all quarterbacks. Teams don't fear playing Rodgers in big games -- whether or not it's all his fault, that still remains a fact. If he retires, the league will be fine without Rodgers and his perpetual late-season duds.

No. 1: My senses are up on Mike McCarthy and his future this week. The NFC is wide open, and these Cowboys have really stumbled down the stretch with a ton of Dak Prescott turnovers. Jerry Jones loves Sean Payton, Sean Payton seemingly loves the Cowboys, and other openings are there for Payton. If the Cowboys lose on Monday night to the Buccaneers, why wouldn't Jones make a change and swing for the fences?

No. 2: Eagles head coach Nick Sirianni recently admitted that Jalen Hurts is still not fully healthy -- he looked rusty against Giants practice squad players on Sunday. This changes the entire landscape of the NFC if it remains true in two weeks. This is as wide-open a conference as I can recall, entering an NFL postseason.

No. 3: The NFL will be just fine without Bill Belichick and the Patriots in these playoffs. We saw it back in 2020, the playoffs were fun. We saw New England return in 2021, waste a spot, and get trounced by the Bills. Once again, it'll be refreshing without the Patriots playing postseason football. Their thing is over. Belichick actually deserved credit for the roster being in a win-and-in scenario entering Week 18, but enough is enough.

No. 4: Let's be honest: the Bengals were completely screwed in the league's reshuffling of plans following their Week 17 cancellation against Buffalo. Cincy was up 7-3, driving at midfield, and then, obviously, a near tragedy struck with Damar Hamlin's cardiac arrest. The game was hyped-up for the importance of the homefield advantage ramifications. Now, homefield means nothing for the team that was leading? The Bengals having to play a potential divisional round game in Buffalo is as unfair a scenario as the NFL has ever given a team.

No. 5: The Lions deserve an apology from America, plain and simple. And the argument that the Seahawks got screwed by having Lions-Packers not played simultaneously with their game against the Rams was idiotic. The Lions played the game, as we should've known, like a championship. They will, deservedly, be a trendy playoff pick ahead of next season. 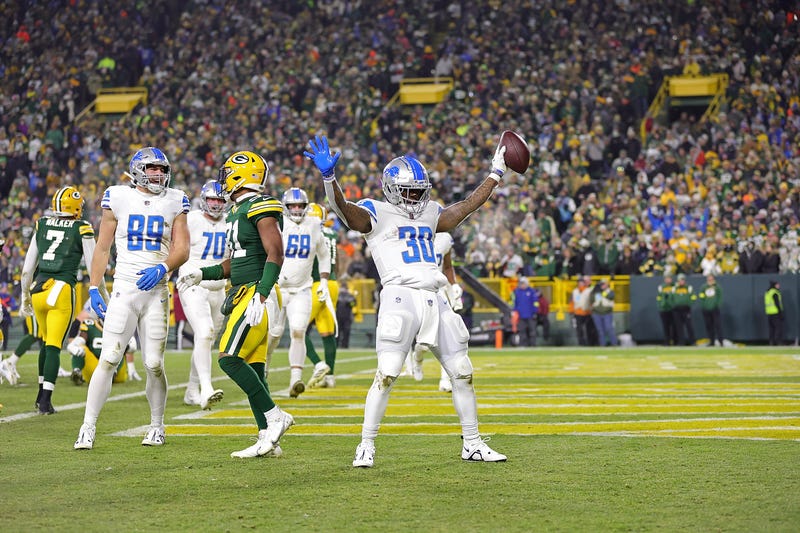 No. 6: This is just the beginning for Doug Pederson and Trevor Lawrence with the Jaguars. In many ways, Saturday felt like a passing of the torch in the AFC South. The Titans' quarterback situation is very much up in the air. Who knows what both the Texans and Colts are building (or tearing down). And in a loaded conference, these Jags now have a young, star quarterback and a coach with a pedigree. The staying power will be strong.

No. 7: Chargers head coach Brandon Staley shouldn't be crushed for playing starters and watching Mike Williams and Joey Bosa get injured. But, it serves as a reminder of why pointing to Tom Coughlin and the 2007 Giants -- when it comes to the last week of the season -- is a ridiculous practice. Coughlin was honoring the game by not handing his opponent -- the Patriots -- the rarity of a perfect season. The Chargers playing tough against the crappy Broncos for some sort of momentum served them no good at all. But so many fans would prefer their team to do what the Chargers did. Until, of course, injuries occur.

No. 8: I'm really still in disbelief at how unbelievable healthcare professionals are and how modern medicine has advanced. Damar Hamlin, one week to the day after his heart stopped on a football field in Cincinnati, returned to Buffalo on Monday for additional recovery treatment. And I assume he'll be in Orchard Park on Sunday. Good luck handling that emotional upswing, Dolphins.

No. 9: The Steelers finished the season 9-8, which means, once again, Mike Tomlin avoided a losing record. The team and Tomlin could've elected to start anew after Ben Roethlisberger's retirement. They didn't. Now, Pittsburgh has an intriguing young quarterback, in Kenny Pickett, and a head coach whose message continues to not fall flat. They'll be back in the playoff mix in 2024. No bottoming-out rebuild is necessary.

No. 10: Sean McVay won a Super Bowl with the Rams, helped create a back-end mess by going for broke with their draft picks, and is now contemplating walking away? He's 37 -- not a washed old man. What, you can't stay through the tough times after that glory? McVay is the opposite of Tomlin, in terms of greatness mixed with honor on the sidelines. 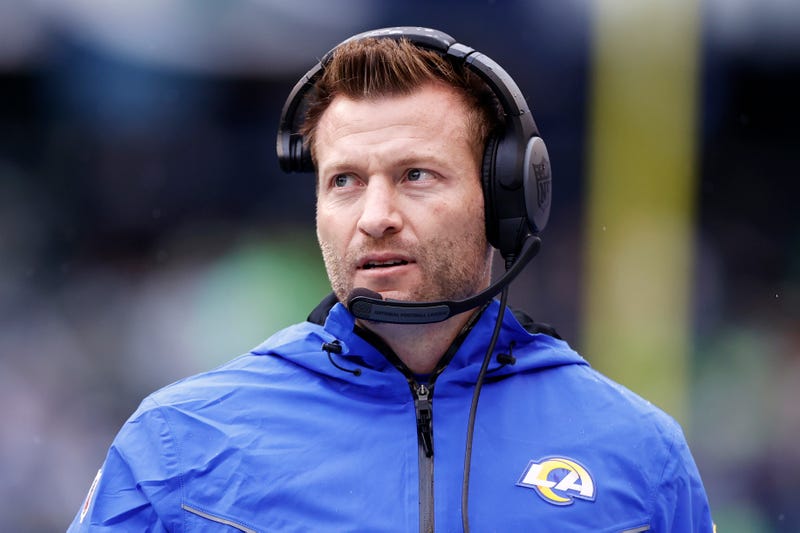 Dolphins at Bills: If Tua Tagovailoa is actually able to play, this could become the most fun game of the weekend. His concussions this season have been a frightening underlying storyline. It's unfortunate on the field, since both of the Dolphins' games against the Bills were two of the most fun games of the year. As for Buffalo, they're a heavy favorite, and anything short of a trip to the AFC title game is a major disappointment.

Ravens at Bengals: So... what does the future look like for Lamar Jackson? Does he want to stay with Baltimore? Should the Ravens even want to commit mega-bucks to the now oft-injured franchise quarterback? A matchup without Jackson on Sunday night would crush the vibes of a fun divisional rival game.

Chargers at Jaguars: So many people speculated that the Jags, by nature of being the Jags, would host the early Saturday game. Well, they're playing in primetime on Saturday, with a young quarterback everybody wants to see face Justin Herbert. Two debuts for potential league-changing quarterbacks. This game should be physical, yet high-flying. A lot of fun.

Giants at Vikings: Greg Joseph kicked a 61-yard field goal as time expired in the Vikings' victory over the Giants on Christmas Eve. Three weeks later, these teams meet again. Minnesota and New York reached the playoffs by nature of winning close games. Probably safe to assume we see another close contest.

Cowboys at Bucs: Could this be the end of Tom Brady's career with a loss? And could it be the end of Mike McCarthy in Dallas with a loss? The Cowboys have had seasons end with terrible January losses, but the Buccaneers aren't the Super Bowl champions they were two seasons ago. Watching to see if an aging Brady and Todd Bowles can make the Cowboys look like they always do in the playoffs will be on full display. 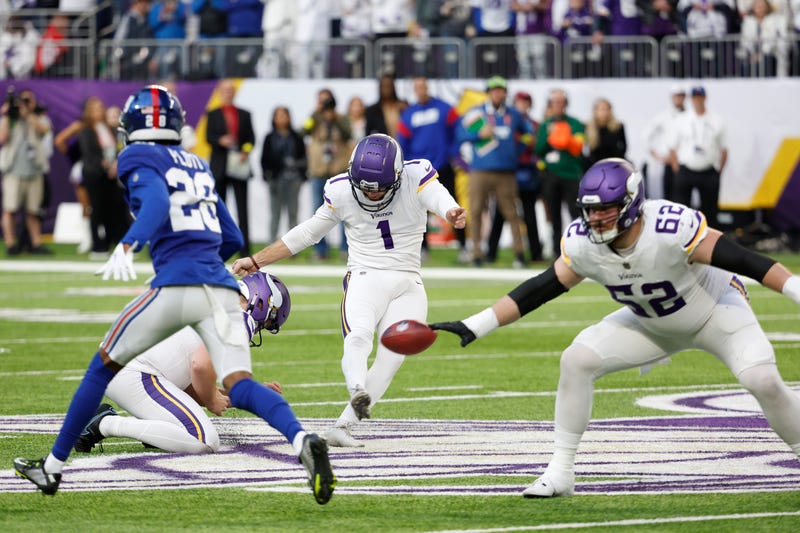 My Picks
﻿A 2-1 week finishes the regular season at 28-26. We'll take it, but let's profit in the postseason. So, for Super Wild Card Weekend:

Jags (+1.5) vs. Chargers: Brandon Staley has made and survived mistake after mistake with the Chargers. Now, he'll coach his very first playoff game, on the road, against a Super Bowl winning coach in Doug Pederson. Justin Herbert is great, and Trevor Lawrence is a notch below and growing. I don't the Bolts will build a big enough lead for Staley's potential of implosion to be avoided. So, give me Pederson's experience and the point and a half.

Giants (+3) at Vikings: The Giants threw a great punch at the Vikings three weeks ago and it wasn't enough. However, the Giants were without their best two players in the secondary, in Xavier McKinney and Adoree' Jackson. Both guys will play this weekend, with the task of containing Justin Jefferson. New York and Minnesota play tight games -- it's how they got here. So, taking the points with a dog is probably the smart play.

Bucs (+3 ) vs. Cowboys: The Cowboys are 1-4 on grass this season. This seems like a ridiculous stat, but their defense and pass rush -- more so than their offense -- benefits from a fast track. A season ago, Mike McCarthy and Dak Prescott looked clueless during wild-card weekend. Now, they'll have a chess match with Tom Brady's experience. I'd pick against the Bucs against most teams in the playoffs. But Dallas hasn't looked great in a month, either. They never handle expectations well. Plus, Tampa did beat Dallas in Week 1.

Cheez-It Crusted Chicken Fingers. Simple, cheesy, delicious. Let's get the playoffs started right. Buy either raw chicken tender or tenderloin strips, or slice chicken breast into strips. Coat with egg and roll in crushed Cheez-It crackers. The Cheez-Its should be used as a replacement to breadcrumb. If I need to explain how to crush them, you shouldn't be cooking to begin with.

Now, you may choose to air fry, deep fry, pan fry, or simply bake them at 350 degrees for 30 minutes. Regardless of your preferences on crunchiness and texture, these are sure to be a smash hit. I suggest serving them with a ranch dressing or sweet honey mustard. Have fun with ya chicken fingers!

We strive to be a platform where varying opinions may be voiced and heard. The views, thoughts, and opinions expressed by the author(s) of this article and/or by those providing comments are theirs alone, and do not represent those of Audacy, Inc. We are not responsible for any damages or losses arising from this article and/or any comment(s).
Featured Image Photo Credit: Bryan M. Bennett / Stringer / Getty Images