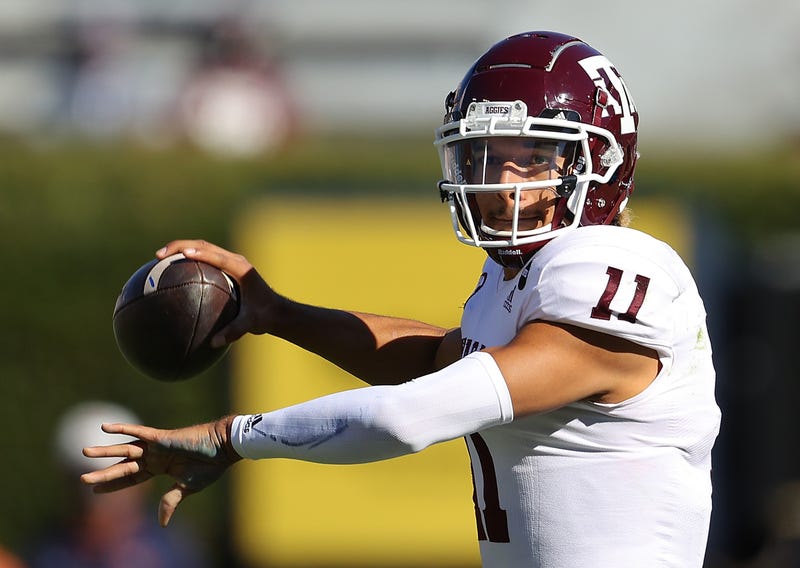 The Minnesota Vikings remain intent on competing for an NFC North title with Kirk Cousins as their starting quarterback. But if the franchise is unable to reach new heights with the 32-year-old veteran in the next few seasons, they'll likely have a young signal-caller ready to take over the reins.

During the third round of the NFL Draft last Friday, Minnesota selected Texas A&M quarterback Kellen Mond with the No. 66 overall pick. It was the highest draft pick the Vikings have spent at the position since Teddy Bridgewater, back in 2014.

Although the 6-foot-3, 217-pounder is considered a developmental quarterback and not an imminent threat to Cousins' job, Vikings general manager Rick Spielman sees pro-level potential in Mond.

"We spent a lot of time on him, particularly, as you've seen his progression, from when he first started at Texas A&M and how he improved through the years," Spielman told the JR SportBrief show on Wednesday. "The first game film that I put on to watch him -- since I never got an opportunity to see him live until the Senior Bowl -- was that Florida game [last October]. And how he performed in that Florida game, he played extremely well. And the [Orange Bowl] game, beating a very good North Carolina team that also had a lot of players drafted off of their roster.

"And then he continued to progress, and continued to ascend through this process by how he performed down at the Senior Bowl. Andrew Janocko, our quarterbacks coach, went down to his pro day, came back with rave reviews on how he threw the ball, his movement skills, how he would fit this West Coast scheme that we run. And then the Zoom calls that we had with him.

"And I know even the night before Thursday and before Friday started, I went back and watched the whole hour of the Zoom call they had with him. Just to get to know him, not only as a person, but how intelligent he was and how quickly he picks things up that our coaches were installing. So, we were very excited to get him where we were able to get him."

Mond, who was the No. 84 overall prospect and eighth-ranked quarterback on Pro Football Focus' NFL Draft Big Board, spent four seasons at Texas A&M, and threw for 2,282 yards with 19 touchdowns and three interceptions in 2020. The 21-year-old also rushed for 294 yards on 74 attempts, scored four times on the ground, and helped lead the Aggies to a win over North Carolina in the iconic Orange Bowl.

According to Spotrac.com, Cousins is under contract through the 2022 season, and due $56 million over the next two years. Although his base salary this season sits at $21 million, it'll jump to $35 million -- fully guaranteed -- in 2022, and his cap hit of $45 million is expected to be the second-highest among all NFL players.

The entire Vikings conversation between Spielman and JR can be accessed in the audio player above.