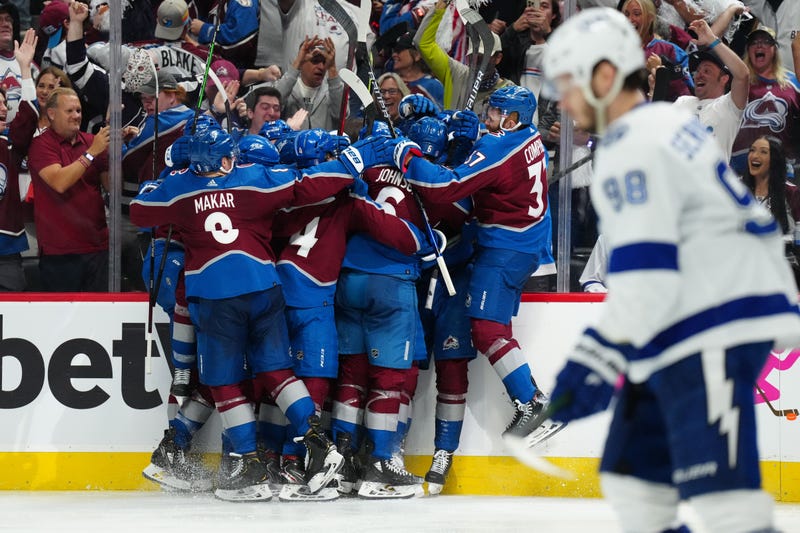 The up-and-coming Colorado Avalanche, entering their first Stanley Cup Final in over two decades, didn't face a Western Conference playoff opponent akin to the Tampa Bay Lightning, which boasts championship experience and elite-level goaltending. But their relative naivety on hockey's biggest stage proved to be a moot point in Game 1 -- they set the tone and came out guns blazing.

Before a sold-out crowd inside Ball Arena on Wednesday, the Avalanche took total advantage of home ice, showcasing their speed and offensive firepower. And when they were pushed into overtime, Andre Burakovsky played the role of hero, ripping a one-timer past Andrei Vasilevskiy to clinch a thrilling 4-3 win. Colorado now owns a 1-0 series lead over Tampa Bay, and according to ESPN, teams that win Game 1 of the Final have a series record of 62-20 since 1939.

"When you win two Stanley Cups, that's quite the achievement. But the teams that won those Stanley Cups look a little bit different than the team right now," Avalanche radio voice Conor McGahey told After Hours with Amy Lawrence on Thursday. "Now, their experience is still there. It may, and likely will, come into the spotlight at some point. But, I'd think Burakovsky, who's one player who's won the Cup, would say, 'You go out and play, and then you get the rewards.'

"It's hard to look through all the noise -- media day yesterday was a complete three-ring circus... I think the challenge for players is to look through that and focus on trying to play hockey. And that's what the Avalanche were able to do tonight. During the regular season, you've got to treat every game like it's the Cup Final. Then in the Cup Final, you've got to treat it like it's a regular season game. It's a skill they've gotten a lot better at over the past year."

Colorado, which recorded 119 points in the Central Division this season, will host Tampa Bay for Game 2 on Saturday, with puck-drop scheduled for 8 ET. According to FiveThirtyEight projections, the Avalanche currently have a 73-percent chance to win their first Stanley Cup since 2001, and third in history. And if the Lightning are victorious, they'll become the first NHL team since the 1980s New York Islanders to capture three straight championships.

The entire Stanley Cup conversation between McGahey and Lawrence can be accessed in the audio player above.