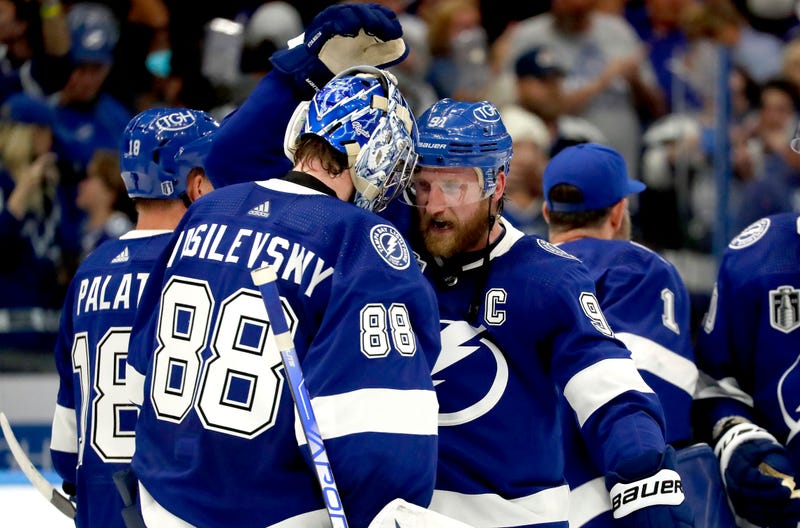 The defending champion Tampa Bay Lightning were embarrassed in Game 2 of the Stanley Cup Final, as they endured a 7-0 drubbing on the road against the Colorado Avalanche on Saturday. But, two days later -- while facing a 2-0 series deficit -- Tampa Bay rediscovered its offensive firepower on home ice, cruising to a 6-2 win. They became the 25th team in NHL history to win Game 3 after facing a two-game deficit in a Cup Final, according to ESPN Stats.

The rest of the championship series hinges on goaltending, as neither Andrei Vasilevskiy -- the 2021 Conn Smythe winner -- nor Darcy Kuemper have been sharp between the pipes. And the pressure to hoist the Stanley Cup is on the Lightning, which are trying to become the first team since the 1980s New York Islanders to win three straight titles. Tampa has played 68 playoff games since 2020, and Hall of Fame winger Joe Mullen can recall the championship grind.

"I think they're so well-balanced in every area of the game -- especially their goalie, who's one of the best in the game, if not the best," Mullen explained to The DA Show on Wednesday. "After you win it once, I think the rest of the league is after you. And they want to prove that they're just as good and can beat you. [Colorado] knows what they're up against, right away -- they're up against the defending Stanley Cup champs.

"And the only way to beat them is to play better and harder, to make sure you shut them down. Teams are ready... It's not easy to go deep into the summer all of the time, and then have to go right back to training camp in September and start all over. If you do that for a couple years, it does wear on you. But if you've got the team and talent, and veteran leadership, it's always possible."

The entire hockey conversation between Mullen and DA can be accessed in the audio player above.