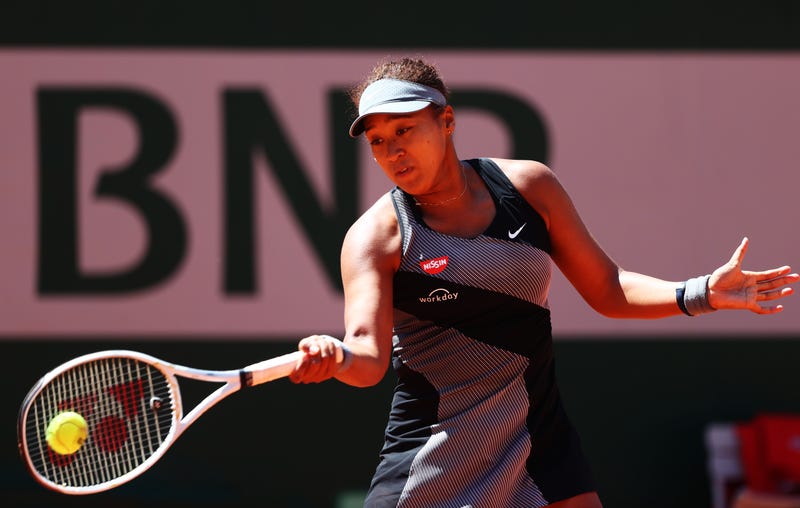 Osaka's decision wasn't free of backlash. Since Monday, she's been called unprofessional for her handling of the situation. She's been called immature. But countless athletes have saluted Osaka for courageously speaking out, prioritizing her mental health, and bringing the conversation to the forefront.

"For myself, especially as an athlete, we are quite perfectionists, and we are very competitive and extremely hard on ourselves," US Olympic gold medalist swimmer Amanda Beard told The DA Show on Friday. "I know for myself, when anybody kind of put any additional outside pressure on me -- even if it was in the form of a question -- it really made my brain tick in this negative loop. If I didn't win a gold medal, my brain was already going down that rabbit hole of, 'Why didn't you do this, you could've done this better.' Just being really hard on myself.

"We're our own worst enemies. So, if you get any sort of outside pressure, it just adds to that, and makes it a really difficult situation for you to climb out of. And the other part of this is, as an athlete, it's hard to -- which is impressive that Naomi is talking about that -- but it's hard to talk about anything that you're going through as far as depression or anxiety because you don't want it to be heard by your competitors. Because you feel it's a form of weakness and they're going to use it against you...

"The road is not easy, and that's okay. And it's not just you. We're all going through this really roller-coaster, bumpy road. And it's okay to talk to people about it. It's not a form of weakness. It's not something to be embarrassed about. It's something that is better if we do communicate and share it..."

If you or someone you know is struggling with a mental health crisis, you can reach the National Suicide Prevention Lifeline by calling 1-800-273-8255.

The entire mental health conversation between Beard and DA can be accessed in the audio player above.