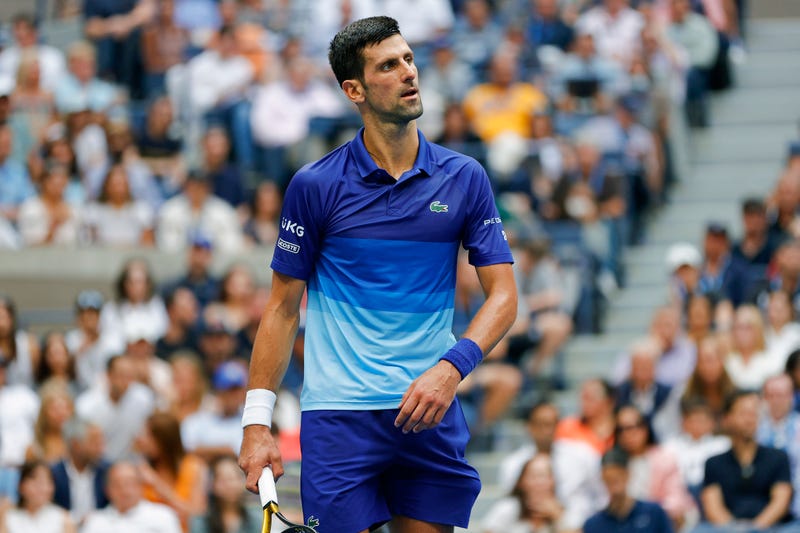 Novak Djokovic, the best men's tennis player in the world, just missed out on achieving the first calendar-year Gland Slam since 1969. During his final test -- the U.S. Open final -- he lost to Russia's Daniil Medvedev in straight sets on Sunday at Arthur Ashe Stadium in New York. It was a shocking upset, to say the least, and history will simply have to wait. Not only was Djokovic on the doorstep of matching an iconic accomplishment, but he was also chasing career major No. 21, which would surpass marks set by legends Rafael Nadal and Roger Federer. Tennis is a grueling game -- it puts so much wear and tear on the body. And for Djokovic to even be performing at this level at age 34 is unfathomable to begin with.

Pete Sampras retired after winning the 2002 U.S. Open, and some considered him to be the greatest player of all-time when he walked away at 31 years old. Since Djokovic turned 31, he's won eight Gland Slam tournaments. John McEnroe -- a tennis legend in his own right -- never won a Grand Slam event past the age of 25. If you just took Djokovic's s eight (and counting) after turning 31, only seven men have had more major wins for their entire careers. Look at Federer, for instance. You know how many majors he's won after turning 31? Three. Three total majors in 28 opportunities. In Djokovic’s case, we're talking about eight majors in just 13 opportunities. What Djokovic has done at his age over these past few years doesn't get praised enough.

It certainly wasn't lost on Djokovic’s championship opponent. For those who aren't fervent tennis fans, Medvedev is the world's No. 2 ranked men's player. On Sunday, he stunned Djokovic in a three-set win. When Medvedev gave his on-court, post-match speech, he began by saying: "First of all, I want to say sorry for you fans and Novak, because, I mean, we all know what he was going for today, what you accomplished this year and throughout your career."

Medvedev also added, "I never said this to anybody, but I'll say it right now. For me, you are the greatest tennis player in history." This was the first time that I can ever recall a winning athlete proclaim their opponent to be the greatest to ever participate in that particular sport. And Medvedev isn't the only person showing love.

Toward the end of the match, Djokovic was seen sobbing into his towel. He was truly touched that the New York crowd -- for the first time in his career -- serenaded him by chanting his name. They were showing him support that was long overdue. This is what Djokovic said after the final match: "Of course, part of me is very sad. It's a tough one to swallow, this loss, considering everything that was on the line. But, on the other hand, I felt something I never felt in my life here in New York. The crowd made me [feel] very special. I did not expect anything, but the amount of support and energy and love I got from the crowd was something that I'll remember forever." Tennis fans will remember Djokovic forever.

The crowd support Djokovic received was often reserved for the likes of Federer and Nadal. Djokovic had never been the crowd favorite, despite his all-time rank and resume. For the first time in Djokovic’s career, on a major stage, fans rallied behind him. They showed their gratitude to a man who's redefined greatness in the sport. Djokovic's defeat was anything but a loss because he finally received the appreciation he desired -- not even a major could compensate for that. Gratitude was written all over Djokovic’s face on Sunday. He handled the loss with such class and grace. He joined Federer and Nadal in another very exclusive club: the people's champions. Truth be told, no one deserves it more. There's no doubt that Grand Slam title No. 21 is coming soon for Djokovic. I’m just glad the support and admiration came first.