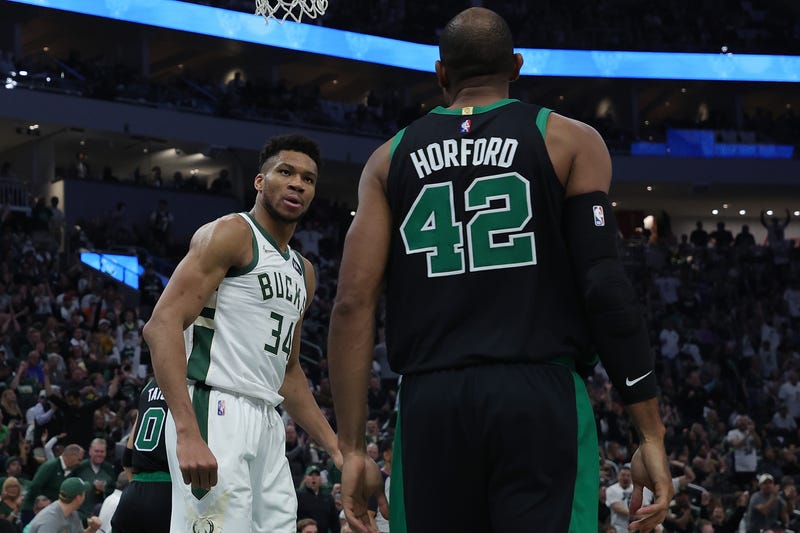 In this edition of Top-10 Stats of the Week, Boston Celtics veteran Al Horford turns back the clock, the old James Harden shows up, Denver Nuggets star Nikola Jokic proves his 2021 MVP season was no fluke, and Kentucky Derby horse Rich Strike becomes an inspiration for... the Miami Marlins?

39 -- The Golden State Warriors finished the first half of Game 5 against the Memphis Grizzlies with only 38 points. They happened to score 39 points in the fourth quarter alone. And they certainly needed every point, considering they won the contest by a single possession.

30 -- Al Horford dropped a playoff career-high 30 points in the Celtics' victory over the Milwaukee Bucks in Game 4 of the Eastern Conference semis. It was his 132nd career postseason game. He's the very first player in NBA history to score 30-plus points in the playoffs for the first time after 100 games played.

15 -- Philadelphia 76ers star James Harden scored 31 points in the team's win over the top-seeded Miami Heat in Game 4 on Sunday. The surge helped him snap a 15-game streak of being held under 25 points. It was Harden's longest skid in more than a decade.

0-14 -- Sunday also marked just the 14th time in Paul's career (regular season and playoffs) that he fouled out. His teams are 0-14 all-time when he does it.

655 -- Dallas Mavericks superstar Luka Doncic now has 655 career points in the postseason. That's the third-most points scored through a players' first 20 career playoff games. And the only two individuals who recorded more points through their first 20 playoff games? Michael Jordan and Wilt Chamberlain.

28 -- Mavericks guard Jalen Brunson scored a combined 22 points in Games 1 and 2 of the West semifinals. He had 28 points in Game 3 alone. Somebody will be getting paid a pretty penny soon.

80-1 -- Rich Strike won the 148th running of the Kentucky Derby on Saturday, despite having 80-to-1 odds as a longshot. At the moment, the Miami Marlins have 80-to-1 odds to win the 2022 World Series. The organization hasn't won a traditional postseason series in nearly two decades.