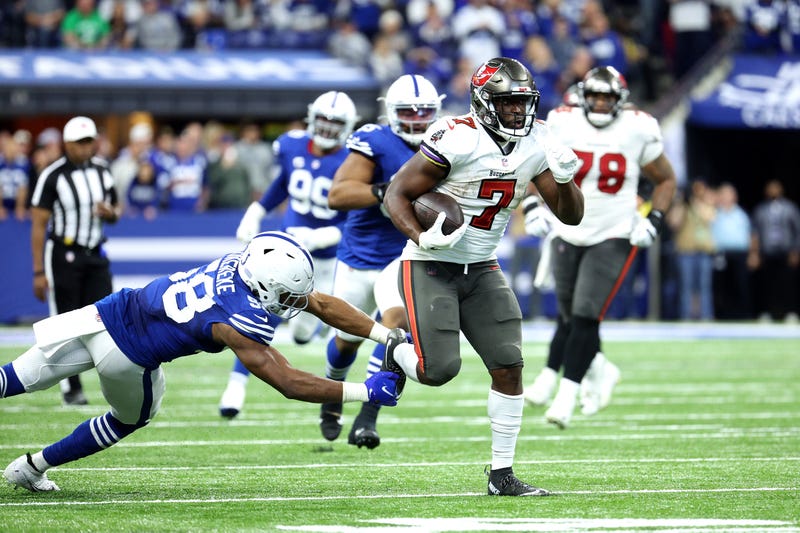 In this edition of Top-10 Stats of the Week, Hassan Haskins runs his way into the college football history books, the Phoenix Suns remain scorching hot, and the Pittsburgh Steelers are anything but. Also, the New England Patriots should be feeling merry about their winning streak. And speaking of former Patriots, Tom Brady wasn't the Tampa Bay Buccaneers' MVP in Week 12.

28 -- No. 2 Ohio State entered this past weekend allowing just 19 points per game, but they gave up 28 points in the second half of a catastrophic road loss to archrival No. 5 Michigan. Say goodbye to the Playoff, Buckeyes.

5 -- Michigan running back Hassan Haskins became the first player in history to rush for five touchdowns in a game against Ohio State. History lesson time: the Buckeyes' inaugural football season occurred in 1904.

59 minutes, 36 seconds -- Auburn lost a four-overtime heartbreaker to rival Alabama on Saturday, but the Tigers' defense deserves a ton of credit. For 59 minutes and 36 seconds, their unit held the Crimson Tide offense to just three points. Alabama entered the Iron Bowl averaging 50-plus points in its previous two games.

6.9 -- The top-ranked Georgia Bulldogs have allowed just 6.9 points per game in 12 games this season. Michigan, which will soon rank second in the nation, has given up 17.2 points on average. Defense wins championships, right?

14 -- This is the New England Patriots' 14th season under Bill Belichick in which they've posted a winning streak of at least six games. And in nine of those previous seasons, they reached the Super Bowl.

6 -- The Seattle Seahawks lost in primetime to Washington on Monday night, dropping to a disappointing 3-8 overall. With six games left on their schedule, Russell Wilson will need to win all of them if he wants to avoid the first losing season of his esteemed career.

41 -- The Pittsburgh Steelers allowed less than 21 points on average in their first nine games of the season. In their last two losses, they've given up a whopping 41 points per game.

27 -- The Cleveland Browns have scored just 27 points combined across their past three games. In early November, the Browns' offense put up 41 points on the road against the AFC North-leading Cincinnati Bengals.

3/100 -- Tampa Bay Buccaneers running back Leonard Fournette rushed for three touchdowns and 100 yards in the team's 38-31 win over the Indianapolis Colts on Sunday. In his previous three games combined, Fournette had zero rushing scores and 108 total yards on the ground.