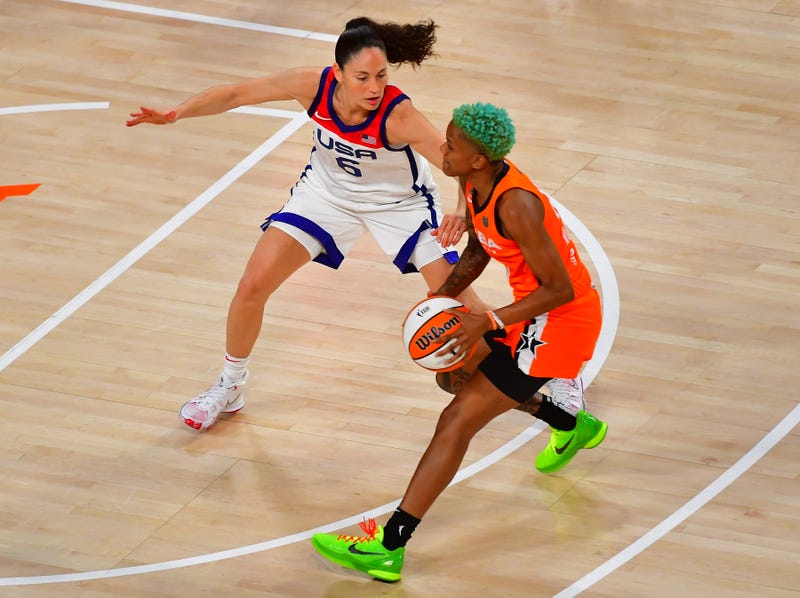 WNBA star Sue Bird told reporters earlier this week that Team USA's exhibition loss against WNBA All-Stars was a learning moment, and that the players and coaches are still fostering cohesiveness with the Tokyo Olympic Games less than two weeks away.

"She's literally the icon and standard to which you want to measure so many others, in terms of what she's like as a basketball player, but more importantly as a leader," Rizzotti told After Hours with Amy Lawrence on Friday. "What she stands for and the way she's used her voice the last couple of years, to push back against inequities in the women's game, to fight racism in our society, to see an example and a positive role model for the LGBTQ+ community, I think she just really stands for everything that you want these women to grow into.

"And it's been an honor for me to have a chance to grow my relationship with her through USA Basketball and get to know her as a human being. Because I'm so impressed with the high level that she's able to play at, consistently. She isn't just the best point guard to ever play in women's basketball, but she's' still the best point guard in the world, in my opinion, at 40 years old, which is pretty amazing."

Bird, a four-time WNBA champion who recently became the first player in league history to reach 3,000 career assists, is about to play in her fifth Olympics for Team USA. WNBA veteran Diana Taurasi has also been named to the squad for a fifth time, and there are six first-time players traveling to Tokyo.

The U.S. women will open Olympic preliminary round play on July 27 against Nigeria, and then face Japan on July 30 and France on Aug. 2. The Americans are vying for their seventh consecutive gold medal, and ninth since 1984.

The entire Team USA conversation between Rizzotti and Lawrence can be accessed in the audio player above.