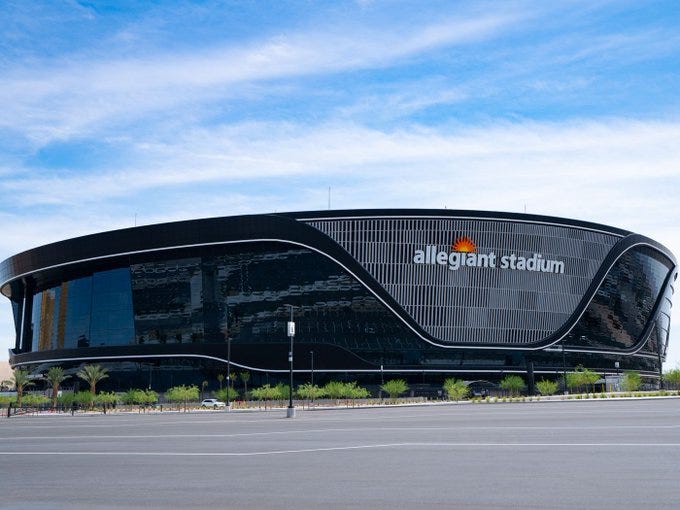 Las Vegas, NV (AP) - The Las Vegas Raiders say visitors to Allegiant Stadium can take advantage of 35,000 parking spots within a mile of the stadium in nearby lots and garages, along with dedicated lots for ridesharing.

Raiders President Mark Badain and other officials on Thursday announced a parking and transportation plan for the 65,000-seat stadium.

Game day parking spaces will range between $40 and $100, with the average price at $75. People with personal seat licenses will be able to reserve spots.

Badain said the Raiders will have 13,000 spots under its control and 22,000 are available at nearby casino-resorts.

The bridge crossing I-15 at Hacienda will be closed to cars and open for pedestrians to cross on gamedays and other events. It’s estimated to be a 10 to 15 minute walk.

A double-decker bus running every 15 minutes will be available from 57 stops along Las Vega Boulevard, with a stop near the Hacienda Bridge at Mandalay Bay.

Officials encouraged people to arrive to games early, especially if they plan to tailgate.