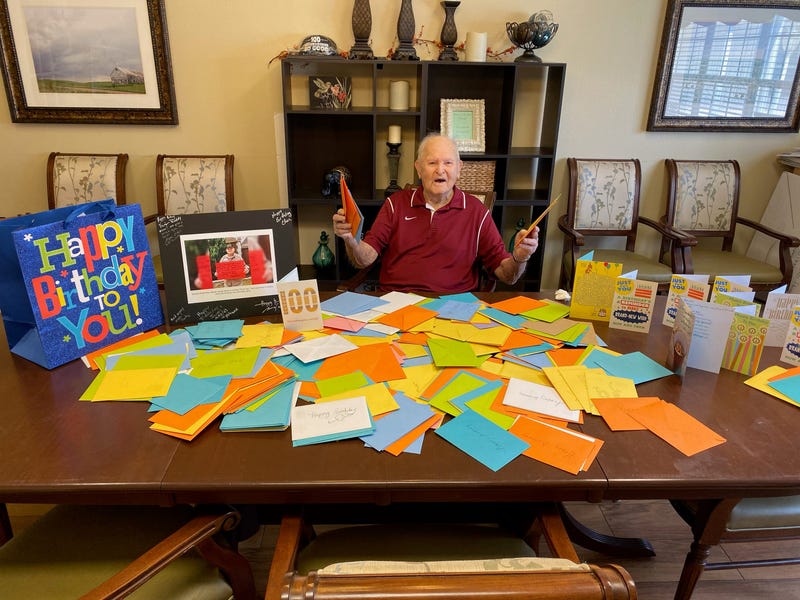 World War II veteran James South had a simple wish for his 100th birthday on Oct. 7.

He wanted 100 cards and put out a plea on Facebook asking for the greetings.

What he got was nearly 100,000 cards, according to the VA North Texas Health Care System.

South, a World War II veteran who took part in the invasion of Normandy turned 100 on Monday. According to the release, he spent part of his day reading birthday cards he received from VA North Texas Health Care System employees and patients.

“I’m so happy to get all of these cards,” said South. “I want them up on my walls so I can enjoy them every day.”

“It’s so great to see our patient, Mr. South, thoroughly enjoying life and playing golf with his son at 100 years—we should all be so fortunate,” he said.

South lives in a Watauga, Texas retirement home. He became a fan of receiving letters while serving in World War II. During the war, his then-girlfriend and later wife of 55 years, Sophie, wrote him a letter every day.