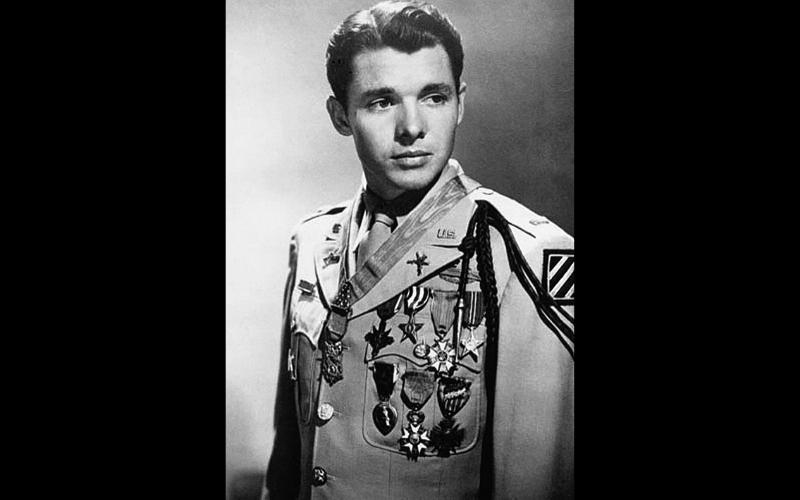 Lauded as the most decorated soldier in World War II, Audie Murphy had his fair share of achievements in and out of uniform. Here are a couple of facts about him.

He was awarded 28 medals after World War II

Initially wanting to join the Marines but stumped by the minimum height requirements, Murphy joined the U.S. Army as an infantryman. He later went on to serve during the invasion of Sicily and Southern France. On January 26, 1945, he, along with his men, fought against a unit of 250 enemy infantrymen and tanks. He was wounded three times before the war ended and earned various accolades including three from France and one from Belgium, all before he turned 21.

Courtesy of the National Archives

He was an accomplished actor/producer

Attempting to rank the best Audie Murphy movies is definitely a challenge. From "Gunsmoke" and "Kansas Riders" to "Tumbleweed" and "Apache Rifles", he collected over 40 acting credits, produced a film, “A Time for Dying,” and even starred in multiple television series.

He had a knack for writing, too

His 1949 memoir, "To Hell and Back," chronicles his war campaigns in Italy, France, and Germany. He later adapted the story in an autobiographical film in which he starred himself.

He appeared on the cover of LIFE Magazine

In 1949, he was awarded the honor of "Man of the Year," by the publication and appeared on its front cover.

He was awarded the Medal of Honor

While wounded in the leg, Murphy managed to direct enemy fire and destroy about 50 enemy infantry during the attack on his unit on January 26.

Armed Forces History, Division of History of Technology, National Museum of American History
Want to get more connected to the great stories and resources Connecting Vets has to offer? Click here to sign up for our weekly newsletter.