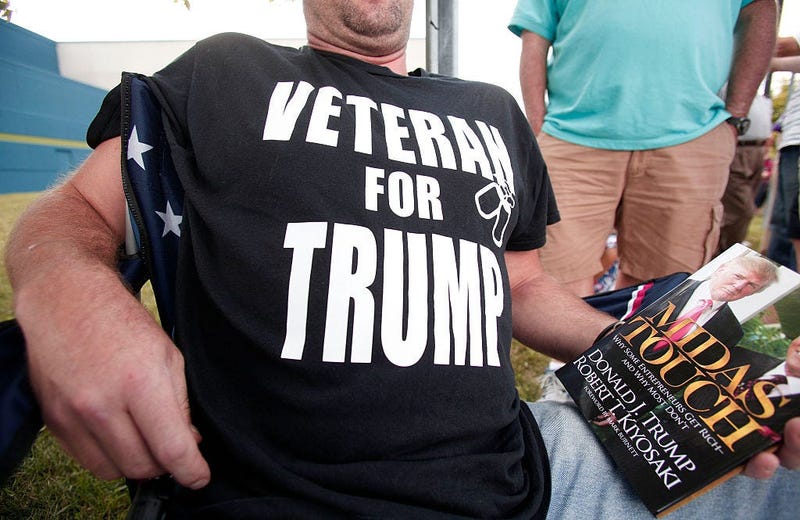 Fifty-seven percent of veterans approve of President Trump as the commander-in-chief, but nearly half say he doesn’t listen enough to military leaders, according to a new Pew Research Center survey.

The findings are the result of two polls taken from almost 1,300 U.S. military veterans and U.S. adults over the course of May 14 through June 3 of this year.

Surveys show his support is divided along party lines. Ninety-two percent of veterans who identify as Republican approve of Trump as the country’s leader.

The report states, “They [Republicans] are more likely to favor Trump-supported policies, such as the ban on transgender people serving in the military and the deployment of troops to the U.S.-Mexican border, and they are more likely to approve of Trump’s approach to dealing with key allies and adversaries.”

In comparison, 6 percent of veteran Democrats or those who identify as left-leaning approve of him.

Opinions of Trump don’t exactly spread differently across eras of service or whether officer or enlisted, but rather age and gender.

When compared to the general public, veterans tend to favor Trump’s decision on policy like immigration and some national security decisions. Fifty-eight percent of veterans approve of sending service members to the U.S.-Mexico border, 53 percent approve withdrawing from the Iran nuclear deal, and 60 percent approve of Trump’s dealings with North Korea.

Across all the Trump policies mentioned in the poll, the creation of the Space Force retained the highest percent dissatisfaction. Fifty-three percent disapprove of the proposal and only 15 percent of veterans strongly approve the idea of established this new branch