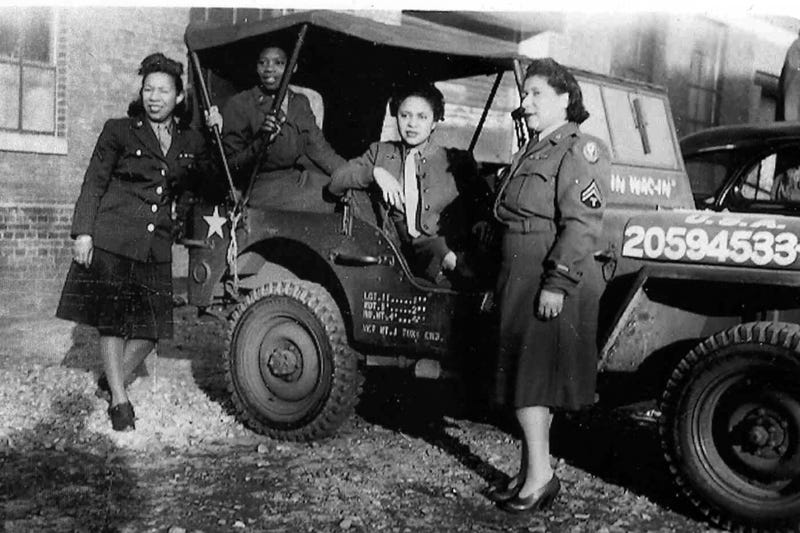 The historic story of the U.S. Army’s first and only all-black, all-female WWII unit got a lot of attention last year when a monument at Fort Leavenworth was erected in their honor.  And now, the contributions of these groundbreaking women are being told in a new motion picture.

Jim Theres, an Army veteran, and producer of the film “The Hello Girls” (which told the story of the 223 American women sent to France as an integral part of the WWI war effort) was showing his documentary at the 2018 Association of the Army Convention when he was approached about the women of the 6888th Central Postal Directory Battalion.

Related: They served before they could vote: The Hello Girls

The 6888th were a group of over 700 African American women who volunteered to serve in the Army, helping redirect and clear a mail backlog overseas in Europe during WWII. The unit was commanded by Charity Adams Early, the first black women to be an officer in the Women’s Army Auxillary Corps.

Theres says you’ll hear and see “five of the six surviving women who were at the November 30th unveiling and dedication of the monument. They're all 95 or above, doing well, looking great…you’ll hear from Stanley Early, the son of Charity Adams, you’ll hear from Charity herself.”

Shortly after the monument dedication ceremony in Fort Leavenworth, Kansas, Theres got to work securing interviews for the film along with Edna Cummings, an Army veteran herself.

The team behind the documentary has gone above and beyond to capture multiple voices in the piece. Just last year, Millie Dunn Veasy, a member of the unit passed away and the production team has been even more diligent in interviewing the last few surviving members of the 6888th for the film.

Cummings is one of the key producers and says this film is only a point in a long line of goals for the team who is determined to ensure the women of this unit gain recognition for their efforts during WWII.

“As a Black female Army officer, I also empathize with Major Charity Adams and had similar experiences, not being saluted, extend military courtesies, people not wanting to work for me, etc.,” said Cummings. “Hopefully now these type of events are the exception and not the norm.”

With the premiere of this film, the knowledge of this unit's contributions is touching people who weren't even aware they're own relatives served in the Six-Triple-Eight. 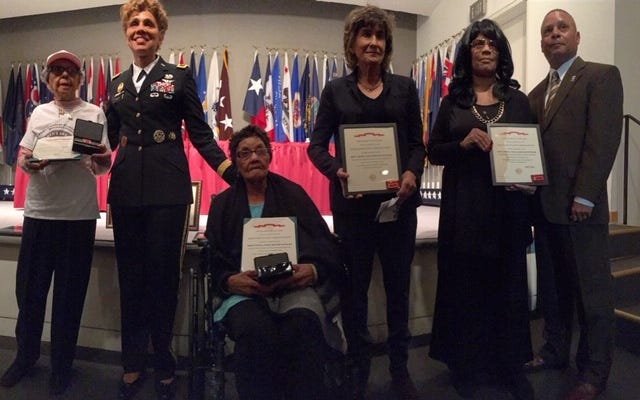 "As a child, I remember my mother always having her picture on the shelf and citing the fact of how proud she was of her," said John Thompson Jr., former basketball coach for Georgetown University and the first African-American head coach to win the NCAA Men's Division I Basketball Championship.

That photo featured Thompson's cousin, Gertrude Hall, who served in the Women's Army Corps (WAC) as apart of the 6888th but it wasn't until recent years that he knew of her rich military history.

"To some extent, it concerns me because it makes me wonder the first time that things are being emphasized by people who made major contributions. I'm wondering why I was not in a position to have known more about her and that's the good thing about that's occurring now...I think it's overdue," said Thompson Jr.

With the little records that are available, he proudly states that he can now tell his grandchildren they had a relative who was a WAC.

The impact of the Six-Triple-Eight continues to spread as showings the documentary makes its way around the United States.

"You have no idea how much I appreciate what you have done," said Lieutenant General Nadja West. "They just did their job and they came home. and because you did your job...I'm able to be where I am today." West is the U.S. Army's first African-American Surgeon General.

West was one of many guests during a film showing at the Women In Military Service for America Memorial in Washington, D.C.

Francine Reynolds served in the U.S. Army as a medic during the Vietnam War and felt that hearing the 6888th story touched her in a special way.

"It's extraordinary because women weren't thought of, we didn't care what job we had..we were equal, they just didn't realize it. We realized we saved our country," said Reynolds retired from the Army

Watch a teaser trailer of the documentary below:

For Edna Cummings, who spent twenty plus years in the military, working on this project has been special on a personal level.

“It’s been inspirational but very reflective because it puts things in perspective, said Cummings. “If they did it, then I can, whatever it is. Whatever that challenge is, it can be overcome with hard work and a little patience and determination.

The documentary is unique, too, in that the three key producers are all veterans, which Theres' says make telling this history even more special.

"It is an honor to be able to share these stories. Hopefully, people pause a minute and look backward and know there's some additional inspiration to be found and it's through stories like this," said Theres.

With the documentary released and the monument created, Theres, Cummings, and others are championing the 6888th Central Postal Battalion to receive the Congressional Gold Medal and be honored on a U.S. postage stamp.

news
Gun violence erupts in multiple US cities on Puls