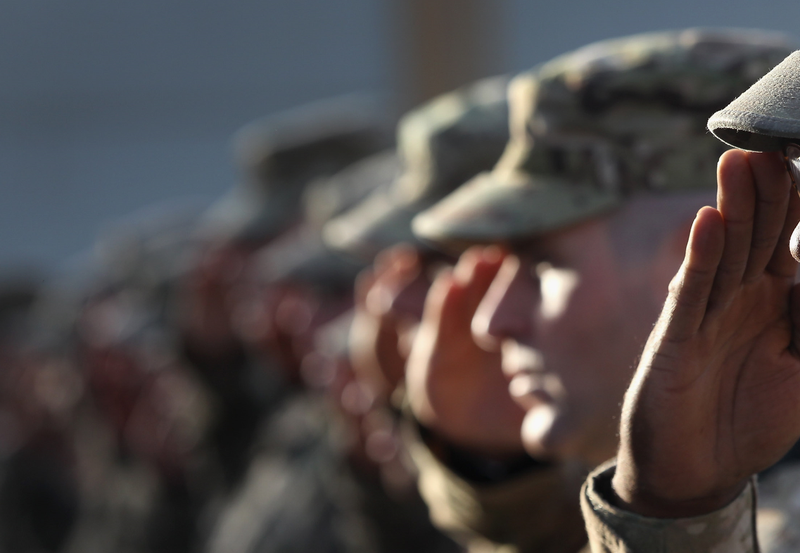 If you ask the men and women actively serving in the U.S. military if transgender individuals should be permitted to serve, most of them would say yes, according to a study released by the University of California, Los Angeles.

UCLA, funded by the Department of Defense, surveyed 486 active duty, non-transgender service members from every branch of the military — 66 percent of them oppose the Trump-Pence transgender military ban that went into effect almost a year ago.

“What really matters for military service is whether or not you are capable and qualified to serve — not your gender identity," said Modern Military Association of America Interim Executive Director and Air Force veteran, Jennifer Dane. "This survey shows that the far majority of servicemembers know this to be true. The excuses used to try and justify Trump’s transgender military ban have been proven wrong time and time again. It’s time this administration abandon discrimination and start supporting all of the brave American patriots who serve our nation — including those who happen to be transgender.”

MMAA is the nation's largest non-profit organization dedicated to "advancing fairness and equality for the LGBTQ military and veteran community. In Karnoski v. Trump, along with Lambda Legal, MMAA is challenging the constitutionality of the transgender military ban.

The report also pointed out the historical patterns of exclusivity within the military. Individuals have been excluded from military service based on gender, race, and sexual orientation in the past — but "both history and prior research demonstrate that diversity contributes to social and institutional advancement within both U.S. and international militaries."

Transgender individuals were able to serve openly from 2016 to April 2019 when the Trump administration's transgender ban was implemented within the military. During that time period, hundreds deployed to combat zones. Since April 2019, no transgender individual has been allowed to enlist and those actively serving are not permitted to transition genders.

“There is simply no reason to single out brave transgender Americans who can meet military standards and deny them the ability to serve," read a statement released by a group of 26 retired generals and admirals in March of 2018 when the administration first began discussing implementing a ban on transgender service members.

“Many of us personally experienced the belated removal of 'Don't Ask, Don't Tell' and faced firsthand how that mistaken policy set back our force and enabled discrimination against patriotic gay and lesbian Americans," the statement read. “We learned a clear lesson: the singling out of one group of service members for unequal treatment harms military readiness, while inclusion supports it.”