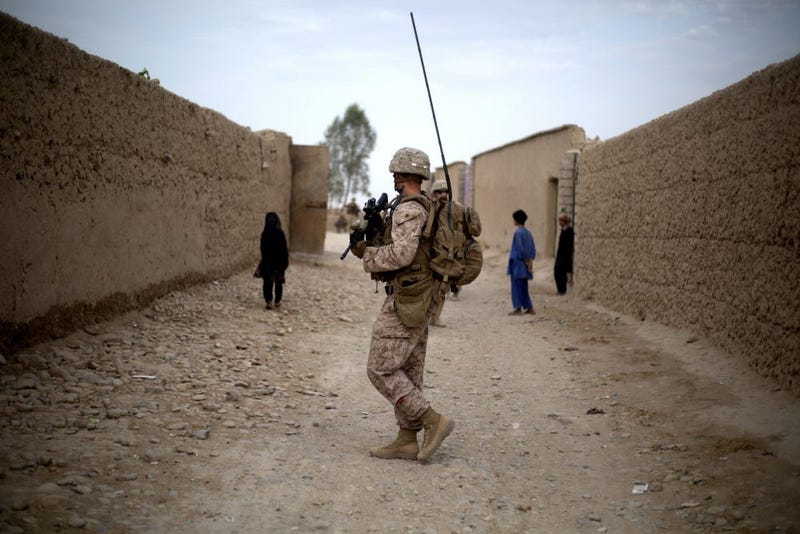 A young Marine is seen with blood seeping through a bandage wrapped around his head. When asked what happened to him by a cameraman he merely replies, “Just a boo-boo.”

That’s just a snippet from a trailer for Combat Obscura, a movie opening Friday that chronicles Marine Corps life in Afghanistan.

Miles Lagoze, the filmmaker, joined the Corps right after high school. He served as a videographer for his unit and provided film for recruiting purposes. He shot what the Corps wanted him to, but also kept the camera rolling for everything else.

When Lagoze left the Marines, he gathered all of his footage and that of other combat cameraman and stitched together a documentary that purports to show what the “Corps does not want you to see.”

“COMBAT OBSCURA is a groundbreaking look at daily life in a war zone as told by the Marines themselves,” according to the movie’s website.

“More than a mere compilation of violence, the edit ingeniously repurposes the original footage to reveal the intensity and paradoxes of an ambiguous war from an unvarnished perspective.”

The movie reportedly shows everything from moments of intense combat to Marines smoking marijuana in Afghanistan.

So, it’s not surprising that the Marine Corps worked behind the scenes putting pressure on Lagoze claiming the equipment he used, and thus the footage was the property of the Corps.

The struggle between art, the First Amendment, and potential proprietary belongings was put to bed this month when the Marine Corps said they don’t plan to pursue legal action against Lagoze.

Combat Obscura is out in select theaters today, click here to see where you can catch it.