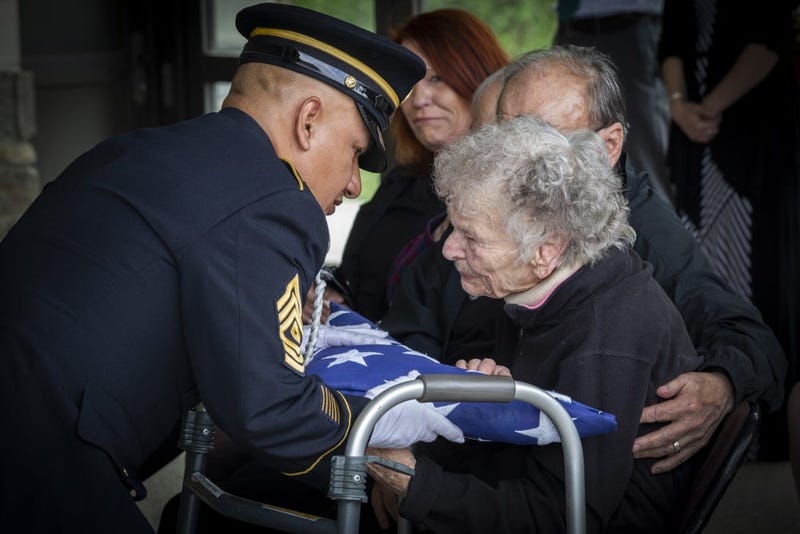 On Tuesday, his remains were buried with full military honors at the Brig. Gen. William C. Doyle Veterans Memorial Cemetery in Wrightstown, New.Jersey.

Suliman’s name had been on the Courts of the Missing from the Korean War at the National Memorial Cemetery of the Pacific in Honolulu for decades. All his sisters and brother knew was that he had died of dysentery and pneumonia in a POW camp.

That all changed when the Defense POW/MIA Accounting Agency (DPAA), announced Jan. 15 that Suliman remains had been accounted for. They were identified from the 55 boxes North Korea turned over July 27, 2018. The boxes were sent to the DPAA laboratory Aug. 1, 2018, for identification. The identification was made from a lone femur bone. The DPAA gave Anderson, Yaverski and Suliman a book detailing what happened to their brother.

Suliman had been assigned to Headquarters and Headquarters Company, 9th Infantry Regiment, 2nd Infantry Division, fighting against the Chinese People’s Volunteer Forces in North Korea. On Dec. 1, 1950, he was in a convoy when it was stopped by a roadblock near Kunuri, North Korea. The soldiers left their vehicles and while trying to get around the roadblock, were captured and taken to a Chinese-run POW camp at Pukchin-Tarigol, North Korea. Suliman died in March 1951. Service members who survived imprisonment at the camp said that there was little food and disease was rampant.

Today, 7,663 Americans remain unaccounted for from the Korean War.