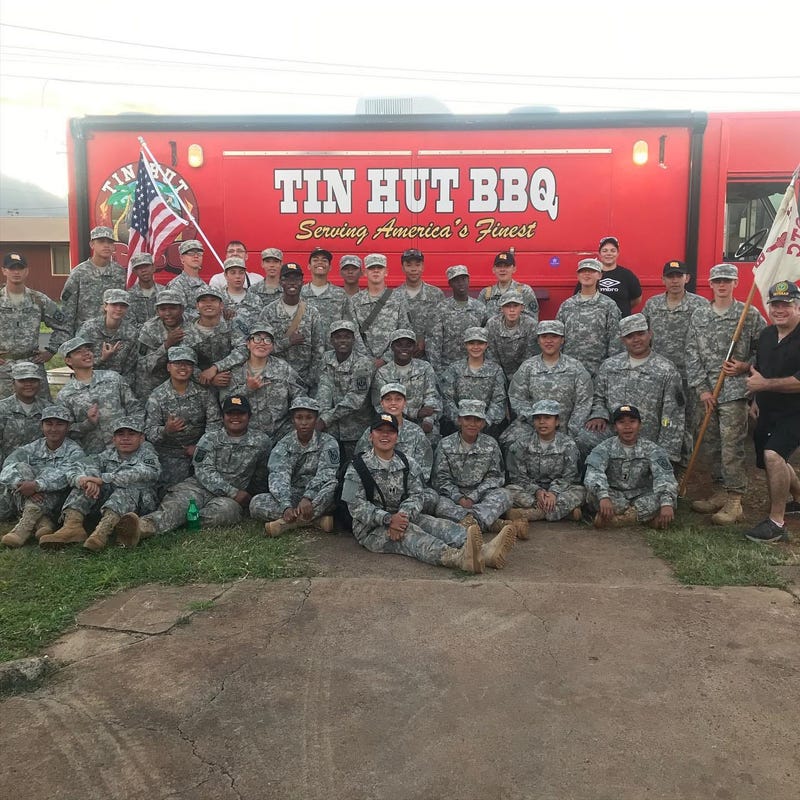 Frank Diaz, 60, has fond memories cooking on the grill with his dad and feeding their fellow military neighbors.  Diaz, a military brat remembers the time when his dad handed him the fork and tongs and let him take over at the grill. “I was eleven-years-old,” he said. “I was really happy.”

Diaz, a disabled Army veteran has spent 33 years serving the military, first in the Army and then as a civilian working as an Anti-Terrorism Specialist for the DOD.

It was his DOD job that brought him to Hawaii where his barbeque business took off. He serviced the bases there and found his passion for cooking and helping his fellow veterans. He liked the concept of the mobile kitchen trailer (MKT) the military uses. He also came up with the name “Tin Hut”, a pun on the military call to attention, “ten hut”. He now has a fleet of trucks in and around Oahu, and feeds service members by the thousands at times. 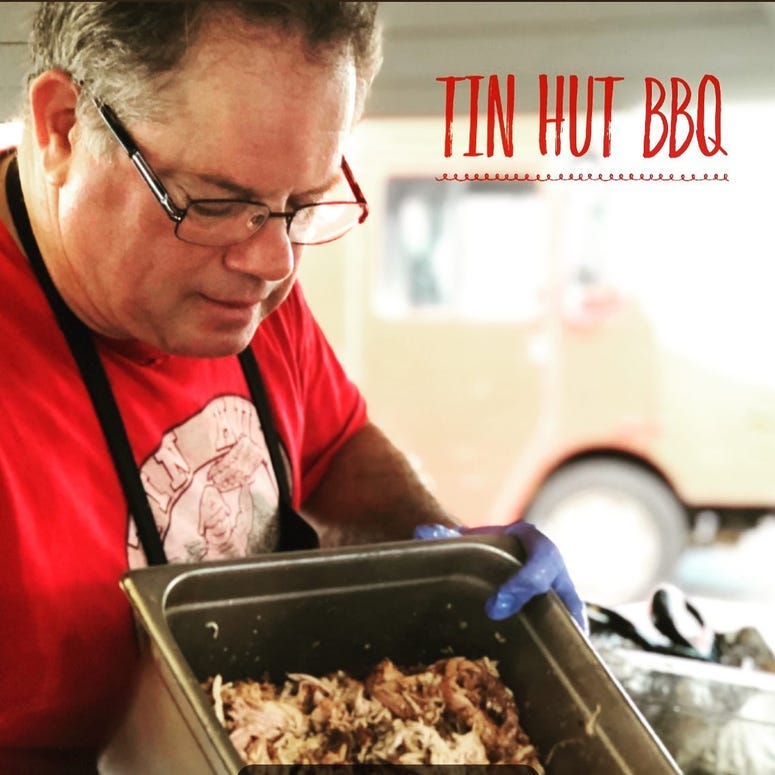 He is especially proud that he sought military personnel’s opinions for his special blend of sauces and spices for his barbeque.

“I would cater events and ask for their feedback on what they liked,” he said. When he lived on the mainland, he had traveled to different states where he learned from the different pitmasters in their areas of expertise.

“My goal was to bring them back their favorite meals,” he said of the different types of barbeque.

“This business was started by