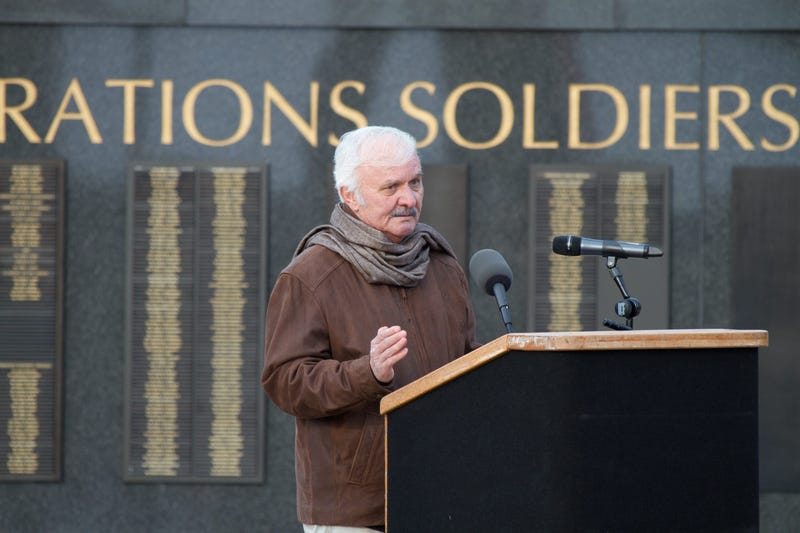 For decades a clandestine Special Forces unit existed in Berlin prepared to launch unconventional warfare and sabotage operations in the event that the Soviet Union invaded. Special Forces Detachment A existed under a cloak of secrecy, their members wearing civilian clothes with relaxed grooming standards. They wore German clothes, they spoke the language, and lived off of the local economy.

"I thought I was in a foreign Army," Bob Charest said of his arrival in Det A in a recent interview. Many members were Lodge Act soldiers, meaning that they were displaced persons after World War II who had been brought into the U.S. Army as their road to citizenship, while the Army had a use for their European backgrounds and language abilities as the Cold War was intensifying. Many of these Det A members were former Nazis, some who had seen hard combat fighting America and Russia.

The unit's mission was to act as "stay behinds." If the Soviets invaded Western Europe, Det A would go to ground and wait for the Red Army to push past their positions. Then they would activate, conducting acts of sabotage that would stymie the Soviet advance.

"The missions were very complicated...they had a railroad ring that surrounded east and west Berlin. These railroads were fired by coal so we had in our arsenal coal filled with C3 (explosives) at the time with blasting caps. One way we would sabotage the locomotive is to shovel them in and boom!"

Each Det A team had several missions, all of which were compartmentalized and unknown to the other five Det A teams. 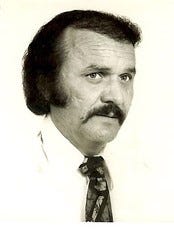 "There was no formal escape and evasion plan," Bob explained. "You were on your own."

"Yeah, I had to leave Dodge at 17," Bob said about joining the Army in the early '60s. When a recruiter asked if his parents would sign him away since he was still a minor he replied, "Sign me? They'll give me away!"

Charest found himself patrolling the East German border as a young soldier and later at Fort Bragg he learned about Colonel William Yarbrough and President Kennedy's visit to the post. He immediately volunteered for service in Special Forces.

Bob's first deployment to Vietnam was to replace an A-Team in a Montagnard camp at Cheo Reo.

"We had about 200 Jarai mountain tribes that we trained, and led, and lived with."

In those days the conditions were very austere. They had one refrigerator that was mainly for beer.

"Half the team spoke French, and half spoke Vietnamese. We went to language school in Okinawa for that."

"One thing about the mountain tribes, once you respected their customs and showed them your leadership they would do anything for you."

Bob slept in a small commo shack and said that there were so many rats up in the roof making so much noise that it sounded like they were wearing combat boots. One night, he woke up to find a little Montagnard child with a homemade wooden crossbow shooting the rats off the roof.

"That was my first real mission with Special Forces and I loved it. That first six-month tour with those mountain tribes was unbelievable."

Charest was sold on the Special Forces mission. At the time President Kennedy was talking about reducing forces in Vietnam but he was assassinated in Dallas in 1963.

"Things changed. Vietnam exploded, and the rest is history."

Everything changed between Charest's first deployment to Vietnam and his second, when the conventional Army was in Vietnam en masse.

"That was the beginning of Special Operations. It was called Studies and Observations Group (SOG), we ran recon, company-sized operations. My Sigma was Cambodia. We ran operations across the border, we weren't supposed to be there, but we were," Bob recalled. "A recon was six people, four (indigenous) and two Americans. A Hatchet Team was about 18 folks, probably six Americans, the rest (indigenous). We dealt strictly with Cambodian nationals and Chinese Nungs."

"We went in, we were tasked with looking for...bridges, under the water, they would plant their bridges about two feet under the water," along the Ho Chi Minh trail in Cambodia. "Myself and Rick Lavoie we were taking a break drinking water and looking down at the terrain when we saw footprints and we said, oh shit, we're being surrounded."

They knew they would be ambushed on their way out.

Charest ended up walking point. They got hit hard.

"I almost got my head blown off, I got shrapnel wounds on my head from a claymore mine."

They broke out and made it to a site to regroup and call in airstrikes.

"I got four KIAs that day," Charest said.

He received four purple hearts during his service in Vietnam.

Bob recalled one recon mission where they flew in on two Huey helicopters known as "slicks" doing false insertions to confuse the enemy before dropping the team off behind enemy lines.

"We got inserted, we were putting out Claymores, (my teammate) was putting out a Claymore, and the next thing I know he got stitched up with an AK-47 right up the middle," Bob said. He carried his teammate's body to the helicopter, who had been a German Lodge Act soldier.

But Berlin was calling to Charest again. The mission in Berlin had also changed between his first and second rotation there. Now Det A was involved in counter-terrorism.

They did a lot of training with GSG-9, the German police anti-terrorism unit.

"They were very proficient, they used live ammunition, drove high-speed Mercedes. You pull that back seat down, they had every weapon you wanted for every situation you wanted. Shotgun, automatic, pistol, grenade launcher, right in the back. They were so professional it was unbelievable." 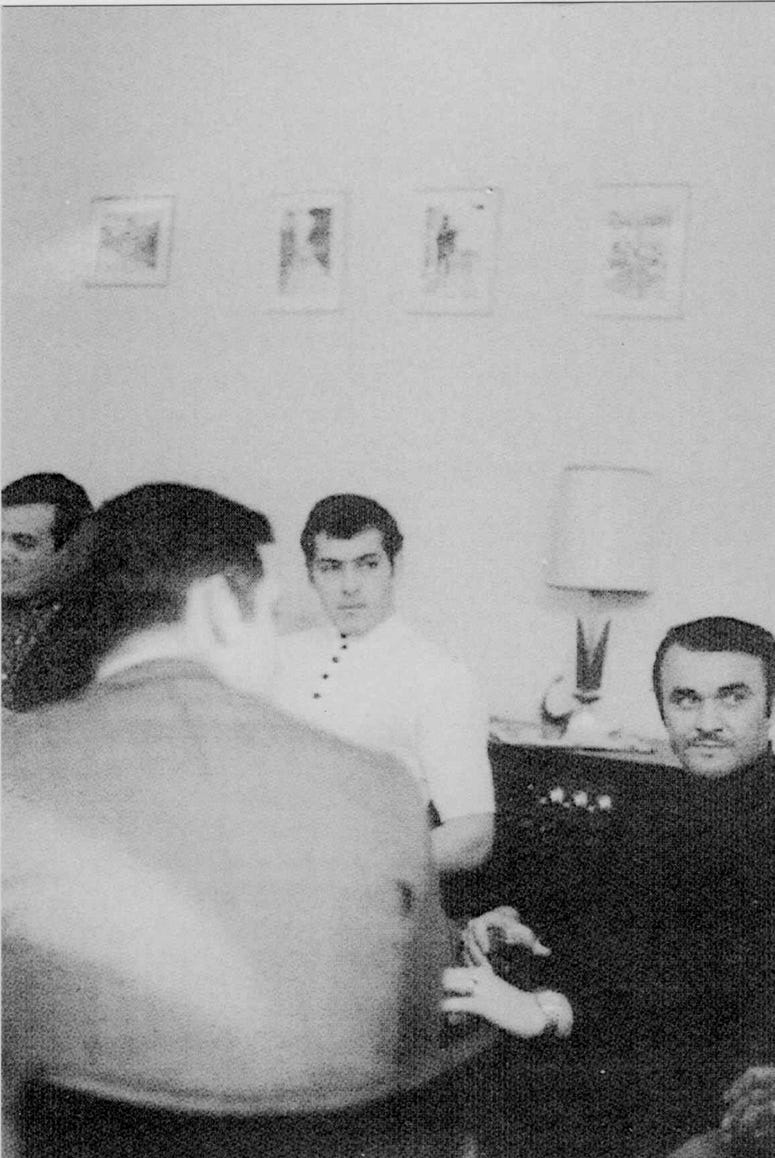 Much of Detachment A's counter-terrorism mission involved fears that terrorists could hijack an American PanAm aircraft so they trained on the actual 707 airplanes with cooperation from the airline. Using Walther MPK sub-machine guns, they trained day and night.

"Matter of fact, some of the pilots said they never heard of some of the stuff we could do to get into that aircraft and attack hijackers," Charest described.

"We were the Delta Force of Berlin," Charest said. That mission remained right up until Detachment A shut down in 1984. As it turned out, the counter-terrorism mission undermined the unit's clandestine unconventional warfare mission. The Det participated in Desert One, the failed effort to release American hostages held in Iran in 1980. This led to the unit being mentioned in a Newsweek article. Suddenly, they had been exposed.

Charest had some other interesting experiences in Berlin as well.

"I was intimate with a German school teacher, I lived with her. Her sister was associated with the Baader Meinhof gang. So I used this as an intelligence agent, you can't get no closer than that. She was a hardcore communist." Charest actually attended several gatherings of the notorious communist terror organization. "I played along, I felt uneasy, but I used it as an asset, and I reported it."

There were also other interesting interludes during Charest's career, working for the CIA in Thailand and a secret mission in which he was sent to Libya just before Gaddafi staged a coup. After retirement, Charest went to work for the Vinnell Corporation training Saudi Arabian soldiers and later went to work for a continuity of government program.

In recent years, Charest has brought Detachment A out of the cold and into the public eye after the unit was classified for decades. The unit now has a memorial stone at Fort Bragg and Bob even holds reunions for veterans of Det A. He also runs the unofficial Detachment A website that will be of interest to those looking for more information about the unit's history.