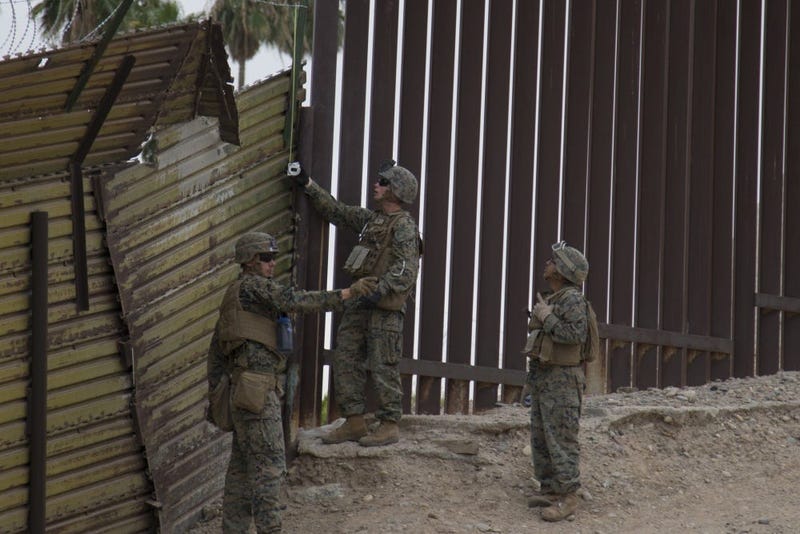 The Iraq War veteran who climbed to fame last month when his crowdfunding campaign to fund President Donald Trump’s border wall may have been motivated not out of a wish to help his country, but in the pursuit of profits, according to a Buzzfeed News investigation .

Brian Kolfage, 37, a triple amputee, launched a GoFundMe page that raised more than $20 million from hundreds of thousands of donors who are looking to help fund a wall along the U.S.’ border with Mexico.

“After I started challenging some of his business decisions that I felt were reckless for the company and for my career, the real Brian emerged,” Lindsay Lowerey, told the online outlet. She had previously worked for Koflage’s conservative news website, Freedom Daily.

“Everything is only about his ‘war hero’ persona and money. If there’s a perceived slight on his part, he viciously attacks people...and, in my case, tries to destroy their life and livelihood.”

In a screenshot of a message shared with Buzzfeed News, Kolfage sought to promote a false narrative by suggesting the headline: “BREAKING!!! TRUMP”S DOJ JUST DID IT!!! It’s FINALLY Happening!,” in an attempt to make it seem as if the FBI was arresting Hillary Clinton.

He also has a history of scamming would-be donors. Kolfage previously led a crowdfunding charge that claimed to raise money for veterans at military hospitals, but a spokesperson for the medical facilities told Buzzfeed News they have no record of Kolfage donating a penny.

Kolfage did not immediately provide comment to Connecting Vets.

The investigation is exhaustive, including claims of scamming American military hospitals around the world, and shows just how far the Florida veteran has gone with the sole purpose of lining his pockets, no matter if money is stolen or if the information he puts out is false.

The GoFundMe page for the border wall is still active and has more than 2 percent of its lofty $1 billion goal.

Want to be connected to the great stories and resources Connecting Vets has to offer? Click here to sign up for our weekly newsletter.