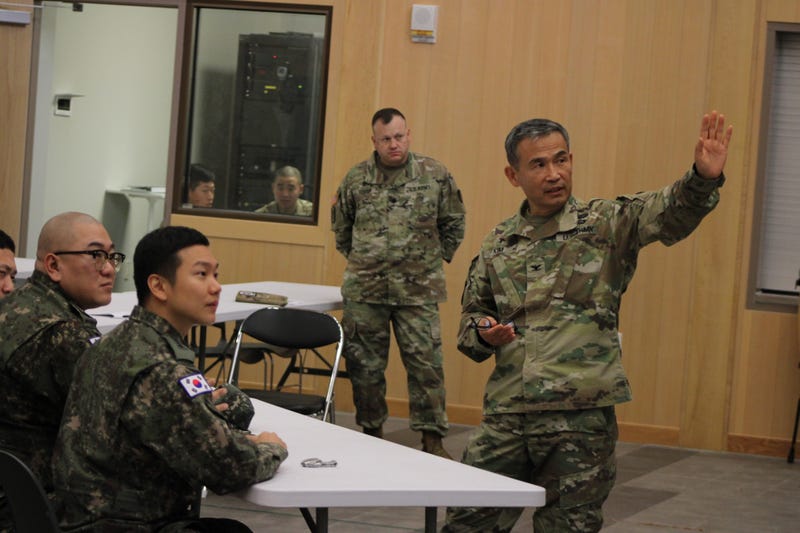 Col. Moon Kim, an Army chaplain in South Korea, allegedly sent a book titled "Coronavirus and Christ" to his subordinates through his Department of Defense email. The book is about how coronavirus is God punishing us for our sins out to his subordinates. Some are calling it "unconstitutional."

"Some people will be infected with the coronavirus as a specific judgment from God because of their sinful attitudes and actions," the book reads.

According to the Military Religious Freedom Foundation, an organization dedicated to "ensuring that all members of the United States Armed Forces fully receive the Constitutional guarantee of religious freedom," Kim "weaponized" his version of Christianity.

The foundation is representing 22 military chaplains who are "horribly aggrieved by the wretchedly illicit and unconstitutional actions" of the chaplain.

The foundation's founder Mikey Weinstein wrote a letter to Secretary of Defense Mark Esper on behalf of the 22 chaplains regarding the "absolutely egregious and deplorable act taken by one of your most senior DoD chaplains."

The lengthy letter asks that Esper's office "swiftly, aggressively and visibly" investigate Kim and that he be subsequently "disciplined in punishment for his deployable actions."

It is largely unclear whether or not Kim actually did anything wrong, however.

Army chaplains are trained in a large range of belief systems, including ones different from those that they personally may practice and believe in, former Marine judge advocate and Army chaplain school instructor Mike Berry told Military Times. And just because they choose to share certain information, it doesn't mean they personally believe in it or expect others to.

All military chaplains -- including the 35 who allegedly received the email from Kim and the 22 that MRFF says it is representing -- are supposed to receive this type of training.

MRFF said in its letter to Esper that Kim's emailing of the book was "clearly meant as a full-fledged endorsement and validation of what the book espouses and claims."

The Pentagon did not immediately respond to a request for comment.