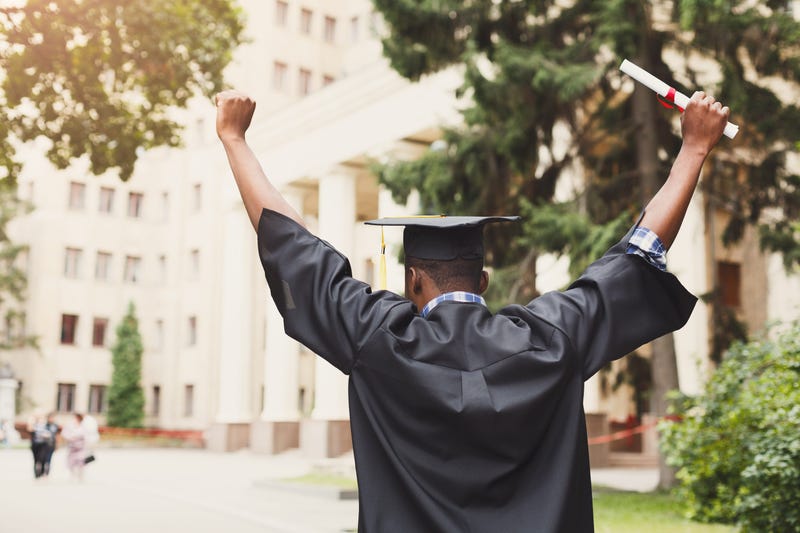 Some colleges that receive more GI Bill cash than any other schools spend the least amount of that money teaching their student veterans, leading to lower graduation rates and future earnings, a recent report shows.

“Should colleges spend the GI Bill on veterans’ education or late-night TV ads?” is the title of the report from Veterans Education Success, an advocacy group.

The report used the latest data on college spending and graduation rates from the U.S. Department of Education to determine how schools spend the GI Bill funds money they receive.

That data showed that seven of the 10 colleges receiving the most GI Bill money also spent less than one-third of that cash on teaching students in 2017. Those 10 schools received $5.4 billion in GI Bill money collectively from 2009-17, or about 15 percent of all Post-9/11 GI Bill funds spent on college during that time.

Of the 10 colleges receiving the most overall Post-9/11 GI Bill funds from 2009-17, seven of those 10 spent less than a third of the money on teaching students in 2017 and “struggled” with student outcomes, including graduation rates and earnings after graduation, the report said. Fewer than 28 percent of their students graduated or completed their program and 52 percent earned more after graduation than a high school graduate.

There are laws that govern which colleges can receive GI Bill funding, but there are no standards for how the schools spend the money once a student veteran is enrolled.

“Many of the institutions charging taxpayers the largest overall amount of GI Bill funds largely divert those funds away from veterans and towards unscrupulous spending that has nothing to do with education at all, such as late-night TV ads and aggressive call centers,” the report said.

“When veterans serve the nation and earn the GI Bill, shouldn’t they reasonably expect that their GI Bill benefits will give them a quality education? Shouldn’t colleges be obligated to spend GI Bill funds as Congress and the taxpayers intended?” the report said. “many of the colleges taking the most GI Bill funds are instead diverting billions of GI Bill dollars away from veterans’ education and instead spending it on TV ads and massive recruiting call centers … and to executive compensation many times higher than Harvard’s.”

Four schools fell into the “bottom of the barrel” category, “charging taxpayers $83 million in Post-9/11 GI Bill tuition and fees in 2017, but spending less than 10 percent of their gross tuition revenue on student instruction” Three of the four graduated one out of every 4 students on average, with about 51 percent earning more than a high school graduate.

Of the 10 schools that received the most GI Bill money in 2009-17, all are for-profit colleges except three: Embry-Riddle Aeronautical University, Pennsylvania State University, and the University of Maryland University College.

The University of Phoenix, DeVry and Strayer universities received the most GI Bill money the report showed. Those schools spent 11-15 percent of the money they received teaching students. The three universities could not immediately be reached for comment.

The report did not show where colleges are spending the GI Bill money they are not spending on teaching veterans.

UMUC, which features veterans in their video advertisements and says “serving our military service members and veterans is in our DNA” on its website homepage, was one of two public schools on the top-10 list.

UMUC received the third-most GI Bill money in 2017 -- more than $63 million -- coming in behind the University of Phoenix’s $192 million and DeVry’s nearly $69 million.

UMUC spent just less than a third of the GI Bill money it received -- about 31.7 percent -- on student instruction in 2017, according to the report. In comparison, the other public university on the list, Pennsylvania State, which received $38 million in GI Bill funds in 2017, spent 70 percent of that money on teaching students. Pennsylvania was the only school in the top 10 to spend more than 50 percent of the funds it received on student instruction in 2017, the report said.

UMUC -- and others on the list -- primarily teach students online, according to the report and the university’s website, which lowers the cost of instruction for the school.

UMUC Spokesman Bob Ludwig told Connecting Vets that the numbers in the report don’t necessarily tell the full story, though he said he believes the report was intended “to look out for veteran students."

“I think what the report is trying to do is show that there are bad actors out there,” he said. “But when you use certain metrics, it doesn’t tell the full story … UMUC stacks up with the best schools. But our students are nontraditional and their paths are not linear … We’re committed to helping our veteran students with their education and to succeed.”

An assertion that UMUC is not passing on cost savings or is making money off of veteran students because it spends less on instruction is “misleading,” Ludwig said. UMUC spends much less on faculty than other schools.

Analyzing instruction spending alone may not show all the services and efforts colleges put into educating veteran students, he said.

“(The report) completely excludes categories such as student services and academic support because some of those categories include advertising, recruitment and call centers that don’t contribute to education … but there are significant programs that contribute to helping our veteran students” such as UMUC’s dedicated “Military Degree Plan” team that analyzes transcripts and experience of military and veterans students that could be used toward college credit, dedicated military/veteran student advisors and career services, he said. “This literally saves military and veteran students thousands of dollars in tuition.”

“Our students’ experience, including veterans, is not as linear is it is for students at traditional institutions,” he said. “Many of our student veterans do not intend to get a degree from us and just take a course or two while serving, or are working on requisite classes for another university.”

A veteran’s foot was amputated because of VA ‘substandard care,' investigation shows

Four colleges were given the label, “bottom of the barrel” in the report for spending less than 10 percent of the GI Bill money they received on teaching student veterans: Colorado Technical, American Intercontinental, Capella Universities and ABCO Technology, which collectively received more than $583 million from 2009-17. One in four students who attended those schools graduated, on average, and about half earned more than a high school graduate after enrolling, the report said.

Among those, Colorado Tech and American Intercontinental -- both owned by the same company -- spent a larger portion of the GI Bill money they received on marketing or recruiting than on teaching students, according to the U.S. Securities and Exchange Commission, the report said. The company, Career Education Corporation, paid nearly $500 million to settle a lawsuit brought by 48 states and the District of Columbia “for fraudulent recruiting and marketing,” the report said.

“We believe few in Congress would be comfortable with colleges that are diverting 90 percent of GI Bill funds away from veterans and toward TV ads and call centers that 48 states plus the District of Columbia deemed predatory and misleading,” Carrie Wofford, president of Veterans Education Success, said, according to The Washington Post.

The schools on that list that spent the biggest portion of GI Bill funds they received on teaching veterans had the highest graduation/completion rates, the report said.

College tuition costs are rising, so some GI Bill rates are increasing

Many schools even spend more on veteran students than the money they receive from the GI Bill, and “unsurprisingly deliver high graduation rates and future earnings,” the report said, including schools such as Yale and Stanford universities, Bismarck State College, Lakeshore Technical College and SUNY Polytechnic Institute.

The University of Maryland University College is a Connecting Vets partner.