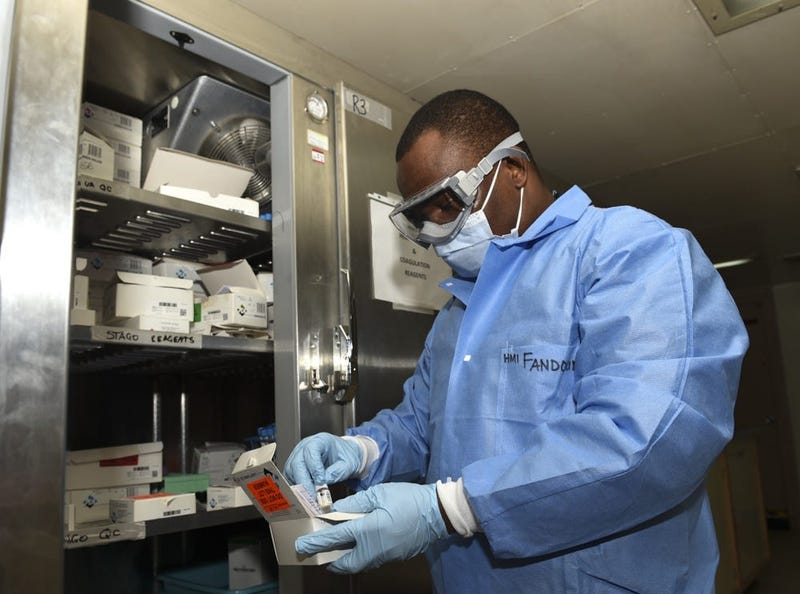 Takano said he was "very concerned" about VA staff during the COVID-19 pandemic as the number of veteran and VA medical center employee deaths continue to rise.

"If the VA workforce gets sick, if they catch the virus in great numbers, that's going to imperil their ability to help our veterans," Takano said in an interview with C-SPAN Monday. "That's the bottom line."

As of Monday, at least 1,737 Veterans Health Administration employees had tested positive for the virus and at least 19 VA medical center employees had died. VA still is not releasing those numbers publicly and is only providing a count of VA employees who work in the healthcare arm of the department.

On Tuesday, VA reported at least 357 veterans had died of the virus and the department was tracking at least 5,588 cases of infected veterans nationwide.

As those numbers have grown, so too have reports of VA shortages, rationing or outright lack of personal protective equipment for medical staff, including those directly treating COVID-19 patients.

Nurses and other staff have told Connecting Vets for weeks they were rationing masks and other equipment, given expired supplies or lacked necessary supplies altogether. They provided internal emails, photos and videos.

Internal VA memos to staff and leadership noted a "serious" shortage of PPE and that rationing had begun. Last week, Veterans Health Administration head Dr. Richard Stone announced in an email to staff that employees who had been limited to one mask per week should not receive one per day.

Nurses at VA hospitals in Atlanta and Brooklyn already have protested during shift changes over the lack of protective gear.

On Monday, five Democrat senators sent a letter to VA Secretary Robert Wilkie, asking for specific information about VA's supply of masks, and what guidance the department is providing staff about rationing protective equipment.

They wrote that they had "heard from a number of our constituents who are employees at VA facilities, who think they are not being provided adequate PPE in their jobs and fear for their personal health and safety," the letter read. "Employees report being asked to use one N95 mask for up to a week, which manufacturers recommend be changed each shift at minimum. These employees report that they are being asked to store surgical or procedural masks in paper bags and that some masks begin disintegrating after too many days of use."

Some VA medical staff told Connecting Vets they were never provided an N95 mask and were provided only surgical masks that expired in 2015.

The letter follows one sent to the White House by House Veterans Affairs Committee lawmakers last week, alleging that VA leaders refused to share documents showing PPE supplies with Congress and that the VA blamed the administration.

VA officials have repeatedly declined to provide specific information on the number of PPE the department has on hand, though information provided by VA to Congress earlier this month showed a 15-day supply of masks, an 18-day supply of N95 respirators and more.

As of Monday, Takano said lawmakers on the Veterans Affairs Committee still had not received that information.

Takano said VA "tells me they have a two-week supply or an 18-day supply, but they won't give me actual numbers. Don't describe in terms of how many days of supply you have. Just tell me how much you have and what is the burn rate. These are things you should know."

But publicly, VA has insisted repeatedly and departmentwide that it has enough protective equipment, that there have been no shortages and there has been no rationing, though its internal communications say the opposite.

Meanwhile, a formal complaint full of allegations that VA was "endangering" staff during the pandemic has led to an investigation of the agency by the Department of Labor.