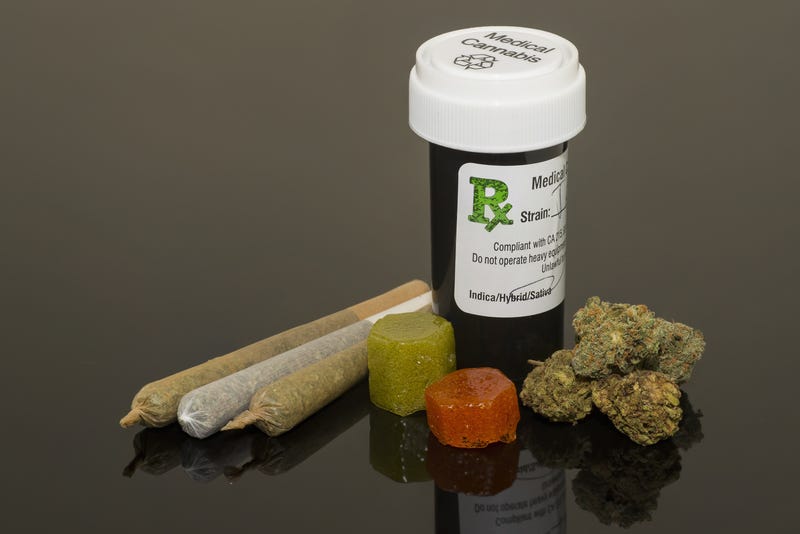 After months, lawmakers on Thursday voted to pass two bills that could help expand medical marijuana access to veterans out of committee to the House floor.

In May last year, the House Veterans Affairs Committee pulled marijuana-related bills from the agenda shortly before a hearing, and Congressional staff said there were plans to devote time specifically to marijuana policy.

Now, 10 months later, House Veterans Affairs lawmakers passed two marijuana-related bills, which will now be eligible for votes on the House floor. If approved by the whole House, the bills would move on to the Senate for consideration.

The two bills approved Thursday's are:

Committee Ranking Member Rep. Phil Roe, R-Tenn., attempted to amend the Veterans Equal Access Act, delaying its implementation until marijuana is no longer a Schedule I drug, calling it "irresponsible" to move forward when the federal government still does not recognize "proven medical use" of marijuana. That amendment was quickly defeated.

Members split along party lines for the vote on Roe's amendment, with Democrats voting against the proposed delay and Republicans voting for.

The unamended bill passed, with all Democrats and one Republican voting for it, and all other Republican committee members voting against. Rep. Greg Steube, R-Fla., voted to approve the bill.

“Our veterans put their lives on the line to defend our country, the absolute least we owe them is to ensure they are taken care of when they return to civilian life,” NORML Executive Director Erik Altieri said in a statement following the meeting. “It is imperative that we approve legislation such as the Veterans Equal Access Act so that the countless vets suffering from post-traumatic stress and other debilitating disorders have access to the safe and effective option of medical marijuana treatment.”

VA leaders have told Congress repeatedly that the department can't -- or won't -- address medical marijuana for veterans, even in states where it's legal until lawmakers remove it from the federal controlled substances list.

Lawmakers already backed down from including marijuana-related policy in the 2020 National Defense Authorization Act.

"All of a sudden the VA has decided, well, they would be putting their doctors at risk," Blumenauer said at the time. "I hope that we'll be able to work together to fix this little quirk to ensure that VA doctors can do what doctors everywhere do in states where medical cannabis is legal, and be able to work with their patients ... The VA ought to give their patients -- our veterans -- the same consideration to be able to have these conversations with the doctors who know them best."

“This committee can make strong proposals for us to move forward with recommendations of filling out forms and such, but in the end, we need to go back to DEA and DOJ for their opinion. I’ve not seen anything to suggest their opinion will change,” Larry Mole, chief consultant for VA population health, told lawmakers last year.

The only major point Capitol Hill lawmakers seemed able to agree on related to medical marijuana was that VA needs to do more research on how it could help veterans.

In a major step last year, a House committee held the first-ever vote to remove marijuana from the controlled substances list. That bill also included a measure to allow VA to recommend marijuana use to vets. Since that vote, though, the bill has remained in committees.

More recently, IAVA was one of just a few major veteran service organizations to ask Congress to make marijuana access for veterans a major 2020 legislative priority.

The two marijuana bills were among 17 other pieces of legislation the committee voted to the House floor.

The committee also voted unanimously re-authorize the Congressional Women Veterans Task Force, chaired by Rep. Julia Brownley, D-Calif., who closed her Washington, D.C. office this week and is self-isolating in her district after possibly coming into contact with someone infected with COVID-19.