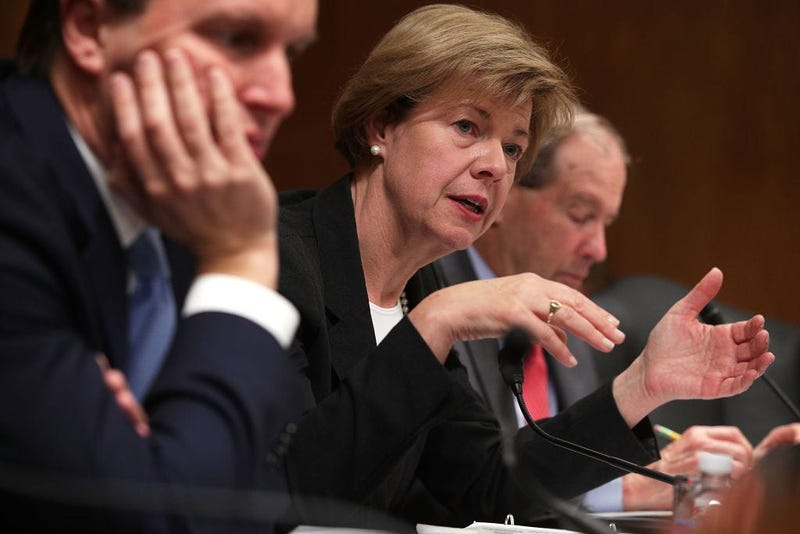 Veteran deaths by suicide are increasing, despite billions of dollars and hundreds of public and private efforts to help. The rate of veterans who die by overdose is more than twice that of non-veterans.

Reports of the Department of Veterans Affairs allegedly overprescribing veterans and allegations that VA-prescribed drugs may have contributed to some veteran deaths have Congress looking for answers.

The bill directs the VA to conduct "an independent expert study on the deaths of all veterans being treated at the VA who died by suicide or from a drug overdose in the last five years," according to a news release from the senators. That study would be conducted by the National Academies of Science.

The rate of drug overdose among veterans is more than double that of civilians, VA Secretary Robert Wilkie said in a November statement. A study from the University of Michigan earlier this year showed opioid overdose rates increased from about 15 per 100,000 people in 2010 to about 21 per 100,000 in 2016. The increase in deaths was attributed to synthetic opioid and heroin use, according to the study.

Baldwin previously introduced a similar bill in 2017 with the late Sen. John McCain, R-Ariz., but it stalled in committee.

“I have worked across party lines to hold the VA accountable because too often our veterans have been prescribed drugs as a first resort before exploring other safer ways of getting the care they need. I'm proud to continue that work ... to confront the overmedication of veterans and prevent suicide deaths,” Baldwin said. “Our veterans and their families deserve solutions to the challenges they face and this bipartisan legislation can help improve and save the lives of those that have served and sacrificed for our country.”

The review ordered in the bill would ensure VA has accurate information about "the relationship between veteran suicides and prescription medication," the announcement said.

The legislation also directs VA to complete a more comprehensive review of behavioral health staff, focusing on mental health counselors in an effort to address shortages of those workers and help reduce suicide.

“Throughout my service as an officer in the Marine Corps Reserve, I witnessed the struggles our servicemen and women experience in their search for proper care,” said Senator Sullivan. “It is our collective obligation – as members of Congress and as American citizens – to better understand the factors that contribute to veteran suicide, bolster preventative measures, and prevent these tragedies from occurring. Making sure that the VA has a holistic understanding of the information needed to stem veteran suicide is a critical step in this effort, and one that this bill makes great strides in addressing.”

The most recent VA report on veteran suicide showed that about 61,000 veterans died by suicide between 2008 and 2017.

The bill calls for the National Academies to specifically determine: