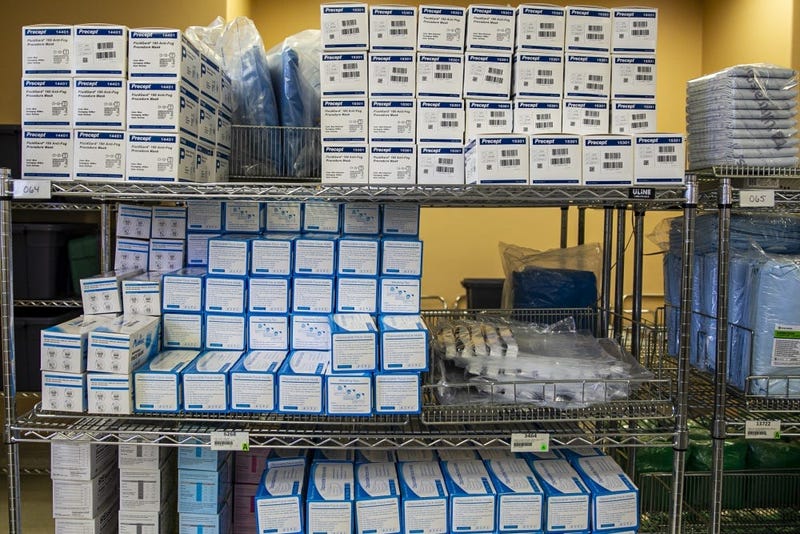 The leading Veterans Affairs lawmakers on Capitol Hill are calling for stricter oversight of the Department of Veterans Affairs emergency supply stockpile after shortages and rationing of protective equipment such as masks.

That led to "direct, measurable impact on the quality of care provided to veterans," they said, and the department must be monitored closely to prevent future issues.

“The COVID-19 pandemic has put an unparalleled strain on the medical supply chain and no health care system in the world has been immune to that reality,” Roe said in a statement to Connecting Vets. “Understanding how VA has met the challenge before it and how the more than 19 billion dollars in emergency funding Congress provided for VA has been used to ensure the health and safety of veterans and employees is vital, particularly as we prepare for a possible second wave of the virus."

The lawmakers' letter comes just hours after senior administration officials told reporters about plans to boost the national stockpile of emergency medical supplies, such as masks, gowns, ventilators and medications. Those plans included dramatically increasing domestic manufacturing, since many of those supplies and materials are produced outside the United States, keeping up a 90-day supply and encouraging the market to surge production when needed, and restocking millions of masks officials say were depleted but not replaced during the H1N1 outbreak. White House officials on the call required reporters to keep them anonymous.

This week, VA said its stock of medical supplies "remains robust." But for months, VA also said it was "well-stocked" or had "adequate" supplies of personal protective equipment before, at least publicly, while it's internal communications showed "austerity" measures including severe rationing of supplies such as masks and gowns.

Since March, VA medical staff told Connecting Vets they lacked masks and other PPE, were given expired supplies, told to wash disposable masks, or were limited to one mask per week and told to wear them until they fell apart. Some veteran patients at VA said they bought nurses masks themselves. VA officials denied those accounts and called them "false allegations."

VA staff and union leaders accused the department of endangering veteran patients and employees. Those allegations prompted a Department of Labor investigation.

Later, VA leaders acknowledged shortages, and received millions of masks and other supplies from the Federal Emergency Management Agency, state of New Hampshire and, this week, South Korea.

Despite those issues, and concerns over the department's use of the controversial drug hydroxychloroquine to treat veterans with the virus, VA Secretary Robert Wilkie said he believed his agency was "doing a pretty good job" in April and praised its efforts again Wednesday.

“VA’s team has managed its resources wisely during this crisis,” Wilkie said in a statement this week. “By deferring elective surgeries, the department opened ample space for COVID-19 patients and has been able to serve its ‘Fourth Mission’ of caring for all Americans during this crisis.”

VA has millions of N95 masks on hand, the department announced this week, along with "plenty" of supplies of sanitizer, gloves, gowns and eye protection, along with nearly 12,000 ventilators.

The Congressmen this week asked the Government Accountability Office to have a "sustained focus on VA," including oversight of: