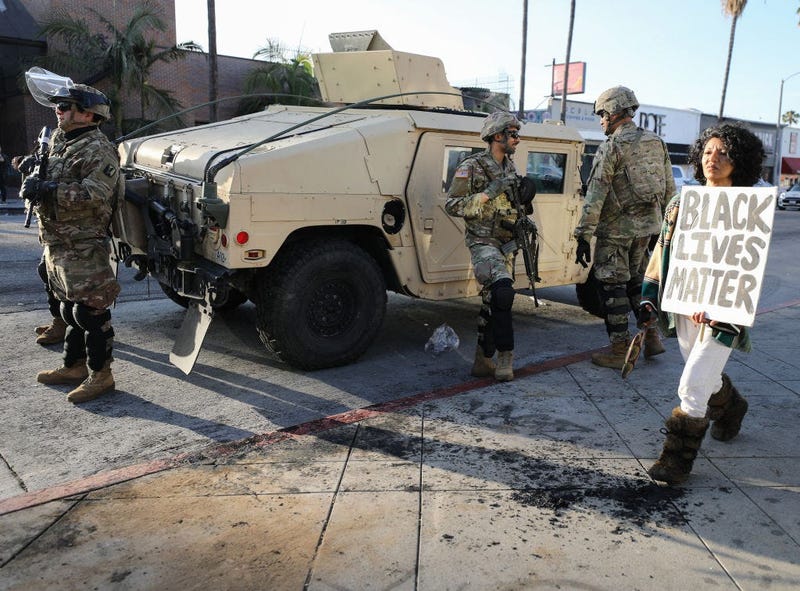 A United States senator from Arkansas and an Army veteran called for active-duty troop deployments in response to protests, demonstrations and riots in cities across the country.

Sen. Tom Cotton, R-Ark., tweeted on Monday that "Anarchy, rioting and looting needs to end tonight. If local law enforcement is overwhelmed and needs backup, let's see how tough these Antifa terrorists are when they're facing off with the 101st Airborne Division. We need to have zero tolerance for this destruction."

About an hour later, he followed up with another tweet: "And, if necessary, the 10th Mountain, 82nd Airborne, 1st Cav, 3rd Infantry — whatever it takes to restore order. No quarter for insurrectionists, anarchists, rioters, and looters."

"Directions to give no quarter" was listed as a war crime in the Report of the Commission on Responsibility set up after World War I and is now established under the laws of the international criminal court but the law is as old as the Lieber Code signed by President Abraham Lincoln to Union Forces during the Civil War.

Pentagon officials did not immediately return requests for comment about Cotton's statements, mobilization of active-duty troops or whether the Insurrection Act is being considered.

More than 17,000 National Guard troops have already mobilized across 23 states and the District of Columbia as part of "civil unrest" missions as protests and demonstrations continue after the killing of unarmed black man George Floyd while in police custody in Minneapolis.

Over the weekend, Pentagon officials said that U.S. Northern Command increased the alert status of units that could deploy on short notice.

During a Fox News appearance, Cotton also said the president should consider invoking the Insurrection Act to respond to the protests. That statute allows the president to activate federal troops in times of emergency to carry out law enforcement duties -- with or without the request of a state's governor.

The Pentagon confirmed Monday that "some active-duty service members are on a shortened alert status and are in the National Capital region, but not in the District of Columbia to ensure faster employment if necessary."