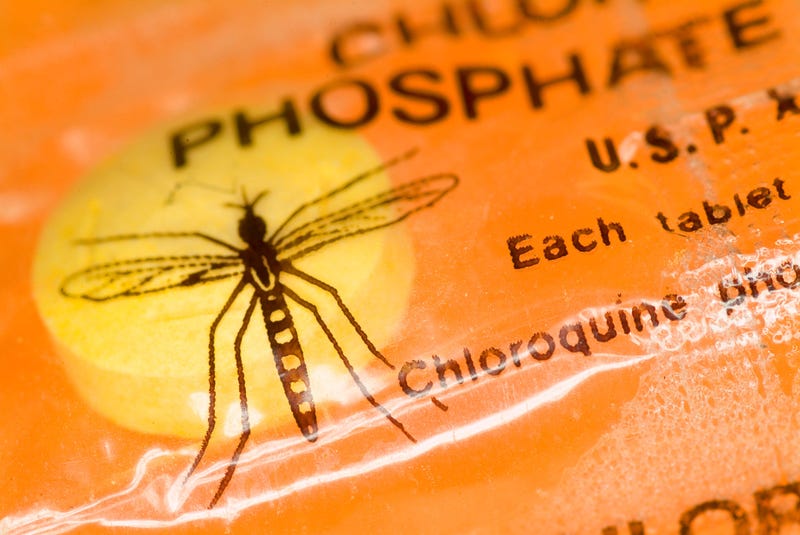 Chloroquine — the drug that some, including President Donald Trump, believe could treat COVID-19 — is not new to the military. And neither are its long-lasting side effects.

Last week, a study in France identified a combination of hydroxychloroquine and azithromycin as effective in curing COVID-19. Trump soon after tweeted that the "cure" would hopefully be put in use in the United States immediately.

HYDROXYCHLOROQUINE & AZITHROMYCIN, taken together, have a real chance to be one of the biggest game changers in the history of medicine. The FDA has moved mountains - Thank You! Hopefully they will BOTH (H works better with A, International Journal of Antimicrobial Agents).....

On Monday, Trump announced that clinical trials for the combination of hydroxychloroquine and azithromycin have begun in New York and that 10,000 units of it would be distributed Tuesday.

"At my direction, the federal government is working to help obtain large quantities of chloroquine," Trump said during a press briefing on Monday. "We have 10,000 units going, and it’ll be distributed tomorrow.  It’ll be available and is now — they already have it.  They’re going to distribute it tomorrow morning to a lot of people in New York City and New York.  We’re studying it very closely, watching it very closely."

And watch it closely they should, according to the Quinism Foundation.

Specifically, this nonprofit champions for veterans who received variations of these drugs as anti-malarial treatments.

“Particularly among military veterans, in whom these drugs have been widely used for decades as prophylactic antimalarials, these symptoms can mimic and be mistaken for those of post-traumatic stress disorder and traumatic brain injury," said Remington Nevin, former U.S. Army public health physician and executive director of The Quinism Foundation.

Just last month, scientists called for more research in order to determine the extent or existence of a link between antimalarial drugs and long term health concerns. Many veterans say they developed severe side effects from the drug they were required to take, including post-traumatic stress symptoms.

According to Nevin, touting chloroquine as a COVID-19 cure is dangerous — because of how readily available the drug is through "questionable channels."

Just this week, a couple in Arizona ingested chloroquine phosphate — fish tank cleaner — in an attempt to self-medicate for what they believed to be COVID-19. The man died and the woman is in critical care, according to the Associated Press.

“Given the uncertainty around COVID-19, we understand that people are trying to find new ways to prevent or treat this virus, but self-medicating is not the way to do so,” said Dr. Daniel Brooks, Banner Poison and Drug Information Center medical director. “The last thing that we want right now is to inundate our emergency departments with patients who believe they found a vague and risky solution that could potentially jeopardize their health.”

"We are trying to strike a balance between making something with the potential of an effect to the American people available while at the same time doing it under the auspices of a protocol to determine whether it is truly safe and effective," Anthony Fauci, director of the National Institute of Allergy and Infectious Diseases said at a White House briefing last Friday.

The Food and Drug Administration confirmed that clinical trials into the effectiveness of chloroquine as a COVID-19 treatment began last week.