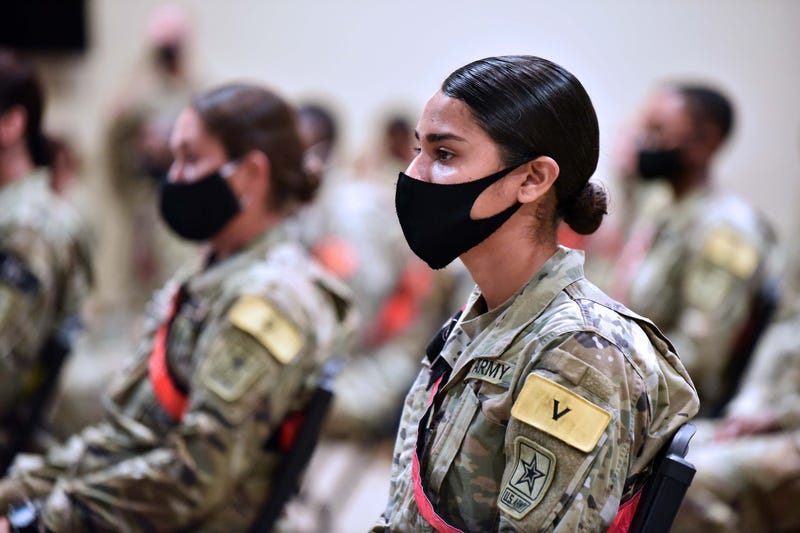 The suicide rates among U.S. soldiers have been increasing since April -- and now hey are significantly higher than where they were this same time last year.

Army leadership has pointed to COVID-19 as one of the contributing factors. And while the Department of Defense has declined to definitively link the two, they have conceded that they “underestimated” the impact of isolation.

“The isolation is a really difficult aspect of this,” Dr. Elise Van Winkle, executive director of the Office of Force Resiliency said in a discussion with Vice Chief of Staff of the Army Gen. Joseph Martin last week. “One of the things we always knew was important was connection, but we really underestimated how important it is.”

During the “Hot Topics & Coffee w/ the Vice” talk, Martin described the “state of isolation” that COVID-19 has created within the force. Depending on infection rates at any given installation, leaders are seeing their soldiers less and less. And the lack of day-to-day contact is cause for concern, Martin explained.

“Leaders can understand, can feel, can smell the state of the resilience of their soldiers,” Martin said. “Without that contact time, I ask myself the question -- who are those soldiers in contact with, and what’s the impact on the soldier’s resiliency?”

Van Winkle agreed -- the lack of connection is something the DoD is “extremely concerned about.”

“Connections protect you, and it’s very difficult to have connections these days,” Van Winkle said. “Virtual connections can help, but what we hear is it’s just not the same. It’s not the same as seeing somebody face-to-face. But we have to balance safety and that’s a difficult balance to strike.”

In her discussion with Martin, Van Winkle was far more willing to discuss the mental health impacts of COVID-19 than the department has been during other briefings. In a briefing last week, Director of the Defense Suicide Prevention Office Dr. Karin Orvis repeated again and again that the DoD would not truly know if COVID-19 had impacted the increase in suicides until 2022.

“Risk factors became exaggerated,” Van Winkle said. “If you started off with something where you struggle with anxiety or depression it’s getting worse during COVID-19.”

The DoD has been seemingly selective with what CDC guidance it adheres to. "Mission essential" operations have continued largely unhindered despite the risks of training during a pandemic. Meanwhile, troop morale, mental health and military families have taken the brunt of the impact of prevention measures. Martin argued that if the Army can figure out how to safely train, it can figure out how to safely allow leaders to spend time with their troops.

And while the DoD last week declined to link travel restrictions and quarantine measures to the increase in troops suicides, Van Winkle again emphasized the importance of connections and the dire effect of isolation.

The solution, Van Winkle explained, is complicated. But leaders can help by making a “deliberate” effort in reaching out.

“Call on a regular basis. Check-in with them. Have touchpoints with them. Be more deliberate with those interactions so that you can potentially find out if someone is struggling more than you had anticipated during this time.”

Reach Elizabeth Howe: @ECBHowe.
Sign up for the Connecting Vets weekly newsletter to get more stories like this delivered to your inbox.