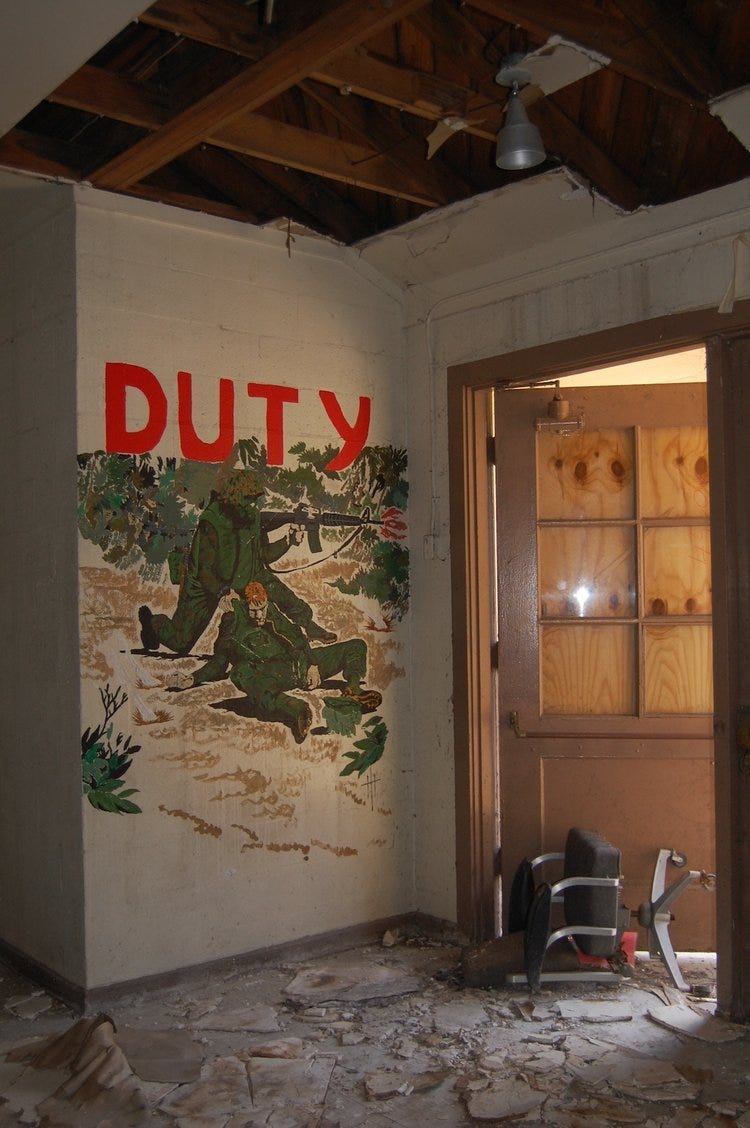 For an art professor and filmmaker at a college along California’s central coast, it was art where she and her students had not expected to find it.

California State University Monterey Bay sits on land that was once part of the Army base Fort Ord.  For many years before the base was shut down in 1994, it had been home to the Seventh Infantry Division.

When Professor Enid Baxter Ryce got permission to take her students through abandoned buildings on the former post, they found wall paintings by dozens and dozens of muralists in uniform.  Those murals – and what they imply about the lives of soldiers stationed at Fort Ord over the years – make up a big part of A Land for War – an impressionistic documentary Ryce has produced.

“We photographed more than a thousand murals that had been painted by soldiers," she told Eye on Veterans, "basically starting around the Korean War era, and continuing all the way through.”

There’s no narration in the film.  It melds together current, haunting, footage of abandoned buildings with scenes of a recent on-site event designed to help homeless vets – and clips from an official Vietnam War-era Army film showing soldiers undergoing boot camp at Fort Ord before heading off to fight in Southeast Asia.

Here is a short excerpt of A Land for War:

“There was a civilization there," Ryce tells her students, "that valued art as part of its daily routine – and that was the U. S. Army.”