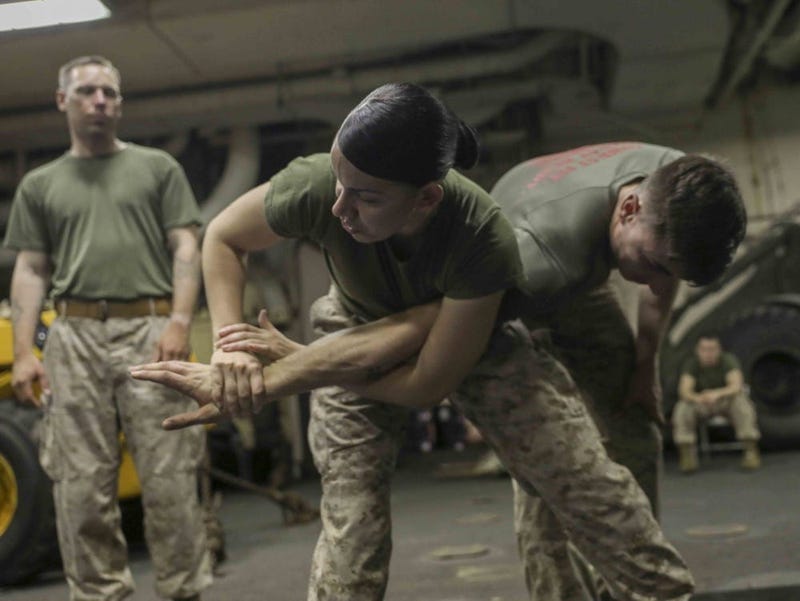 In hearings this week, Department of Defense officials, veterans, and activists all had the opportunity to add their voices to the ongoing conversation about whether or not women should be required to register for the draft.

The hearings were held as part of the three-year review currently being conducted by the National Commission on Military, National, and Public Service.

"As long as those individuals meet standards, we are open to them," Stewart responded when asked about the impact females may have on military lethality.

Overall, officials communicated to panel members that the draft not only provides an "insurance policy" to the country — it also aids in recruitment efforts and serves as a deterrent to potential foreign adversaries.

Participants in Thursday's hearing, which included veterans, professors of Christian philosophy and ethics, religious activists and others, voiced less supportive opinions of an all-gender draft.

"It's time to admit that, like it or not, draft registration has failed and should be ended entirely," said editor and publisher of Resisters.info Edward Hasbrouck.

Federal court: 'The time has passed' for a male-only draft

"Women's vocation to motherhood is the thing I'm most concerned about...The role women play as mothers is different than the role men play as fathers," Ashley McGuire, author of "Sex Scandal: The Drive to Abolish Male and Female" said.

Beyond the system itself and the role of motherhood, Marine Corps veteran Jude Eden explained that placing women on the frontlines when they have a higher risk of injury and death in combat is unfair.

"Active-duty military women average two to 10 times the injuries compared to military men. These rates have been constant over decades despite advancements in training methods," Eden said. "And these are the stats on women who maintain high fitness standards. ... Drafting civilian women for combat replacements would mean higher turnover and diminish combat effectiveness."

Alexandria Ocasio-Cortez says she supports 'all genders' for military draft

This week's hearings were the sixth and seventh of 12 hearings currently scheduled with the commission. A final report on its findings regarding the Selective Service System is due to Congress in March 2020.