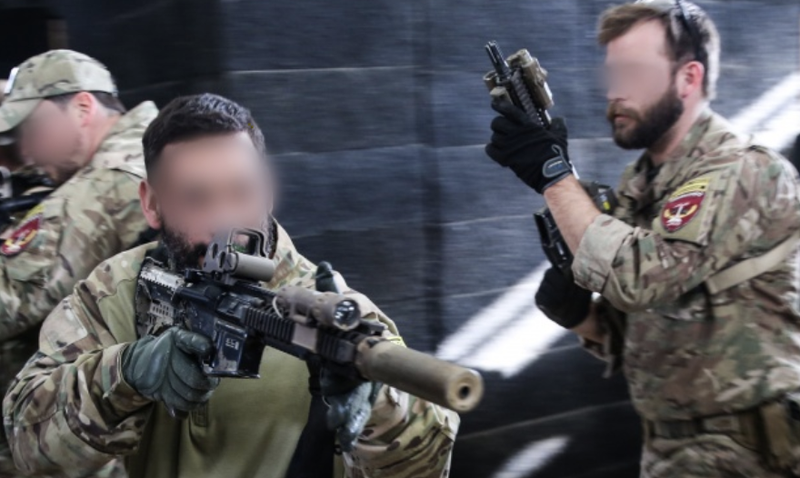 "Did you watch the Jack Ryan show last night? Like what are we doing here?" asked a veteran of the war in Afghanistan when several ex-Green Berets attempted to recruit him to help launch a coup in Venezuela.

It was the summer of 2019, and three Army buddies working for a Florida based security company were making preparations in Jamaica. The story of the coup attempt was first reported by the Associated Press.

The Afghanistan veteran, who spoke to Connecting Vets on the condition of anonymity, received phone calls from a friend. Down in Jamaica, Special Forces veteran Jordan Goudreau, CEO of Silvercorp USA, had already brought on board two other ex-Green Berets and former teammates, Airan Berry and Luke Denman. Together, the three had all served together in 10th Special Forces Group's Crisis Response Force (CRF) known as C-1-10.

The CRF is a Special Forces element designed for quick response counter-terrorism missions, a capability and mission recently shut down by the Department of Defense. However, Goudreau and his CRF teammates were standing by ramp side in Croatia the night that the U.S. temporary mission facility and CIA annex were attacked in Benghazi, Libya in 2012 the source explained. 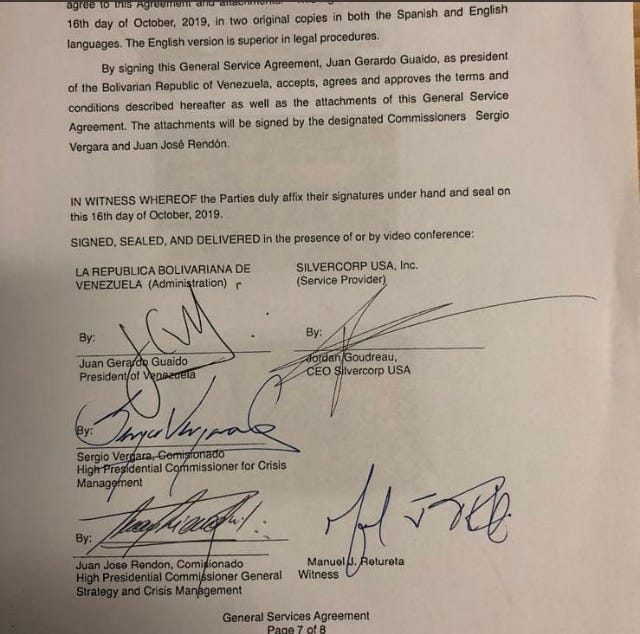 Connecting Vets was provided a copy of the contract ostensibly signed between Silvercorp and Venezuelan officials. The contract promises $50 million to Silvercorps for vague services such as strategic planning, procuring equipment, and "project execution advisement." When the contractual obligations were met, Silvercorps expected to be paid a total of $212 million, "backed/secured by Venezuelan barrels of oil."

The contract is signed by Goudreau as CEO of Silvercorp, along with what appears to be the signature of acting president of Venezuela, Juan Guaidó. Whether or not that signature is authentic or a ruse used to recruit people for the coup based on false pretenses is unknown. However, a source confirmed to Connecting Vets that this contract was being shown to people at the camp in Jamaica run by Gourdreau.

While Silvercorp was working out of the camp in Jamaica, they now had acquired several boats, all without VHF radios, electronic beacons and other necessities. Venezuelan exiles could come and go from the camp as they please, operational security was non-existent but Goudreau appeared confident in their allegiance according to the source who spoke to Connecting Vets.

When asked what their plan was, he said they planned to launch an armed incursion into Venezuela to capture or kill high-value targets (HVTs). The concept was that this would then, in theory, bring the Venezuelan government crumbling down as the population was already so disenfranchised and demoralized.

Goudreau has since claimed to the New York Times that their mission was to capture Maduro.

The combat veteran who was in the process of being recruited was skeptical since Silvercorp did not have a single belt-fed machine gun at that time. According to him, the incursion was supposed to happen in March but the date was pushed back due to COVID-19 and general posturing between the United States and Venezuelan governments. A U.S. military source who also spoke to Connecting Vets on the condition of anonymity said that the CIA had caught wind of the coup plot in Jamaica and warned Silvercorp not to go through with it on numerous occasions.

On May 3, Goudreau took to Twitter to announce that the coup had begun.

The coup attempt appears to have been doomed from the start. Authorities moved in on Venezuelan exiles that Goudreau had been training in Colombia. Then, the Venezuelan government arrested Berry and Denman on a boat as they attempted to enter the country. The two were placed in restraints and paraded in front of cameras. Meanwhile, Gourdreau appears to be in Florida doing media interviews. Connecting Vets attempted to reach Gourdreau by phone but received no reply by the time of publication.

2 of those arrested are American mercenaries pic.twitter.com/gECcmB2grF

The failed Venezuelan coup attempt, called "Operation Gideon" by those involved, has parallels to the failed 2004 coup in Equatorial Guinea which ended with former British SAS officer Simon Mann thrown into prison with the South African and Angolan mercenaries who were working with him.

Other mercenary actions taken by American veterans in recent years have also ended badly, the details of them quickly leaked to the media.

In 2019, two ex-Navy SEALs were arrested in Haiti after being hired to transfer large sums of money out of a bank. They were briefly imprisoned before being returned to the United States. In 2015, an ex-SEAL and an ex-Delta Force operator were hired to take out High Value Targets in Yemen.

In 1986, two ex-Green Berets and six other Americans were arrested in Brazil while plotting a coup in Ghana.