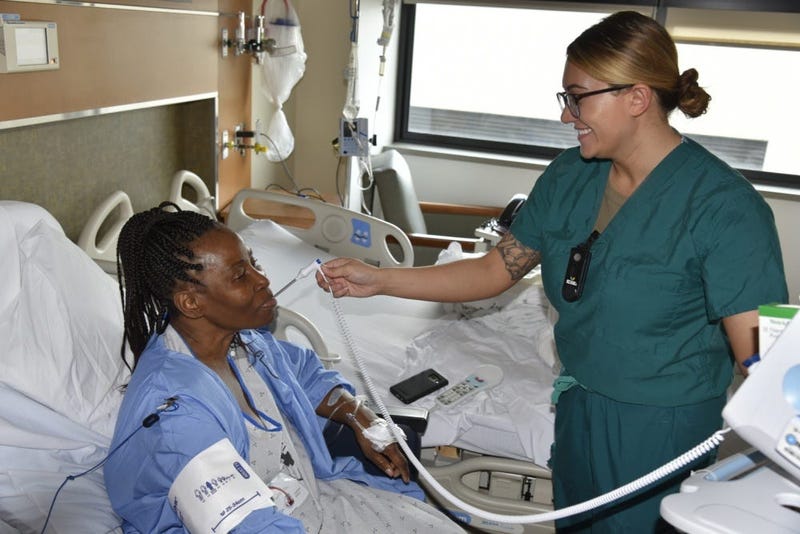 Family members and retirees likely won't head to their nearest military hospital or clinic for appointments in the future as the Defense Department continues its efforts to massively overhaul military health care.

More military hospitals and clinics will see fewer retirees and family members as those facilities transition to serving primarily active-duty patients or on specialty care as part of the Pentagon's military health system transformation to increase efficiency and focus on mission readiness.

Capt. Ed Simmer, deputy chief and chief clinical officer of Tricare health plan for the Defense Health Agency, said at the Association of the United States Army (AUSA) annual conference in Washington, D.C. in October that amid the Defense Department's plans to streamline the military health system and focus on readiness, there are plans for major patient movement.

Simmer said where patients go and which care providers they see will depend largely on what type of Tricare plan or coverage they have, but it could mean more choice.

"Let's face it, a lot of us have never had to make choices about our health care before," Simmer said.

The changes are part of the Defense Department's major health care transformation that moves all military hospitals and clinics under DHA management.

All military hospitals and clinics are expected to fall under DHA management by 2021, managed by geographic regions, or markets, rather than by each branch. Plans also include standardizing appointment scheduling and referrals across all military hospitals.

A change was mandated in the 2017 defense spending bill passed by Congress and signed into law by then-President Barack Obama, DHA was directed to manage military hospital budgets, IT, administration, policies and procedures and construction. The changes also include "the authority to convert military medical and dental positions to civilian positions," with remaining staff in uniform focused mainly on operational medicine. DHA already manages Tricare.

The effect those cuts (expected as soon as October 2020) will have on the military community -- active, families and veterans -- remains to be seen.

It's also unclear how many retiree and family member patients will be forced to leave military hospitals and clinics for Tricare's network of non-military providers. Place said the Defense Department still was conducting analyses of medical facilities to determine contributions to readiness and decisions on which hospitals will stop seeing non-active duty patients has not yet been made. That report is a year late to Congress.

Simmer and DHA Assistant Director Dr. Barclay Butler, both told Connecting Vets that the Pentagon planned to individually evaluate each MTF and decide the best possible role for it going forward. For some, that may mean transitioning to active-duty only care. For hospitals that exceed in specialty care, they may move to focus primarily on that specialty care and phase out most primary care.

Simmer mentioned Walter Reed National Military Medical Center as a potential example, saying it likely will focus on specialty care it excels at and outsource primary care to network providers.

Simmer told attendees that he was "not aware of any plans to close any (military hospitals) outright" but added that "nothing is definite."

Hospital consolidation, or growth, could be on the horizon, Butler said. “I do see that happening over the next 5-10 years,” he said. “Congress will be very interested in that.”

As the changes roll out, Simmer said he had not seen any issues with interruptions of care or longer appointment wait times, only slowdowns caused by electronic health record delays. Simmer specifically mentioned that several MTFs were asked to provide evening and weekend hours or set up an urgent care facility.